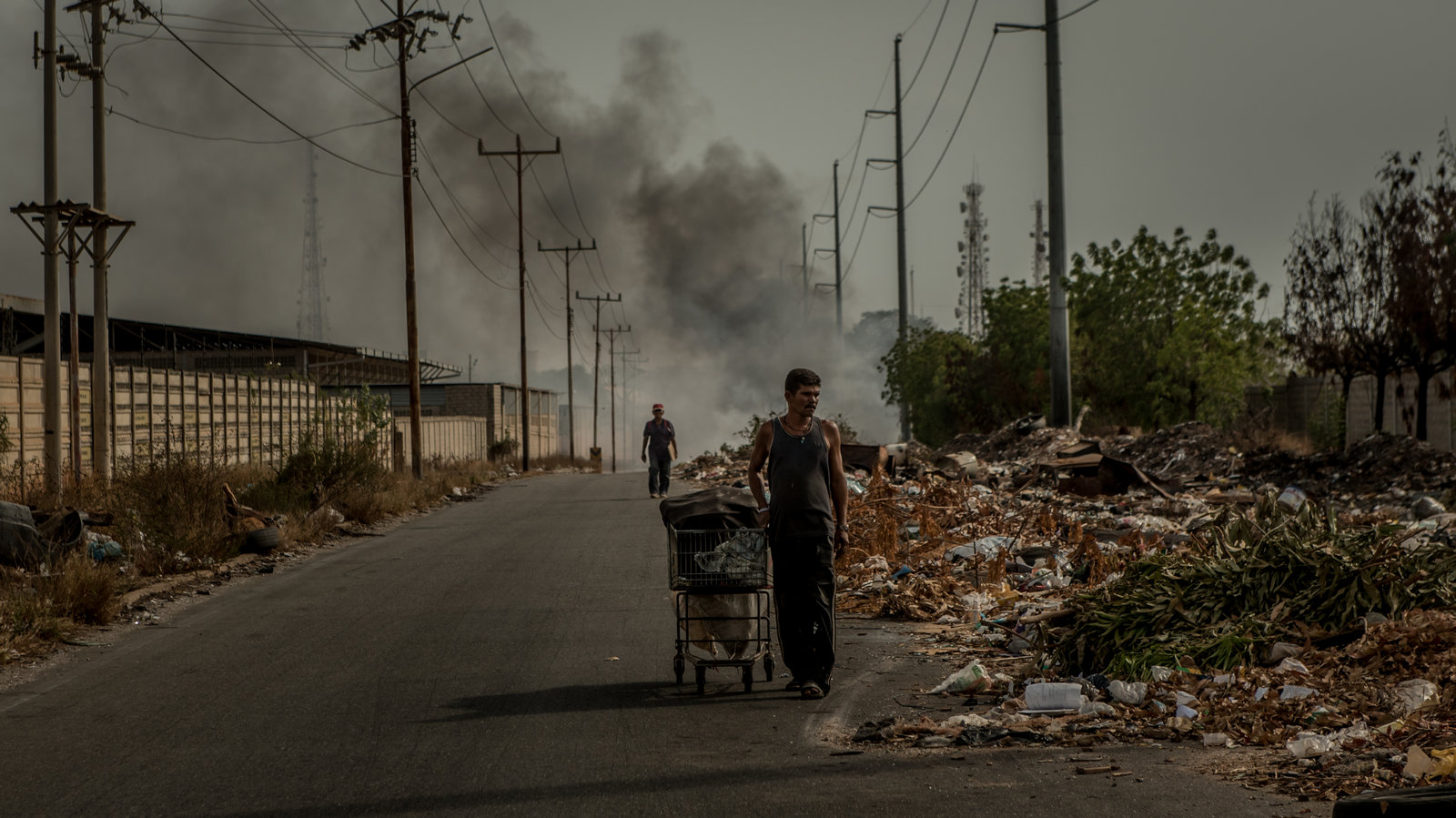 Disclaimer: Please note,  every bit of experience shared here is personal, as every situation is, and one should not take this as “financial advice.”

Recently, the news in Venezuela has been all about the collapse of the IT system of a state-owned bank. State-owned = no responsibility. They own the justice system, and the district attorneys are there to block any initiative to protect the citizens from events like these. So, yes, the situation is much worse than you could imagine. No one knows if their money will be there once the systems are back online.

“Bank holidays” are common in an economic collapse. About a decade ago this happened in Greece.

Wise people were prepared with the right goods

The features and traits of the Venezuelan collapse are pretty unique, however. Unlike some other countries in similar circumstances, we have not engaged in a full-scale rebellion, nor do most people wish for one.  We are getting by with what we have.

I never trusted in the national monetary policy or the “system” in place, and with good reason. Many people feel the way I do, and those with enough space at home invested in things like used cars, for example, rather than using the system. Venezuela is the only country where a used car gains value over time. Nowadays, this seems reasonable: the big car manufacturers that once provided well-paid jobs and made the country work with their products shut down the assembling plants and threw away the keys. They are not coming back any time soon with the absolute lack of a legal system to guarantee, as a minimum, the return of their investment.

People have handled the collapse creatively. Many invested in small local commercial property for rent, or even in domestic appliances and motorcycles.

Motorcycles now are being driven by people who NEVER thought they would be paying 1$ per liter of gasoline. Many of them have gotten rid of the huge SUVs they drove and sold them at bargain prices to get those little French or Japanese doll cars that run on a teaspoon of gasoline. All the old Mad Max-like Dodge Chargers, huge Fords, Chevys, and gas-guzzlers, sell at a loss in Venezuela.

Back in the 90s, when my father lost his business, all he had left was a pile of “junk.” However, he could repurpose a payload of that junk. Customers knew he was the only person around who could provide refurbished equipment. My father sold these things to clients who would go back to their farms with a smile on their faces.

While it would be pretty difficult to get this sort of investment return with hard currency today, his repair skills are now valued more than ever, and people will trade a variety of goods to keep their equipment running. Skills are imperative in surviving an economic collapse.

If it’s not cash in hand, it’s probably gone

While I knew there would be a price to pay for returning, it’s been a bit more challenging than I expected. For example, I have not been able to open a bank account nor get a debit card. The bank where I used to have my account is now hard to access. I went to check if my account was still active. It was, and I found the bit of money I had left after 15 years of working my backside off in the national oil company was no longer there. Though it’s not pleasant, I was kind of expecting that hyperinflation would have eaten through my retirement fund.

Sooner or later, I will step over these silly obstacles. The good thing is, I already know which banks (private-owned) are doing their job as intended. Do I need to say that I won’t be using state-owned banks? I guess not. Almost everything seized by the government is now a broken shell of what once was a company.

Going cashless is not going to improve the economy

As I’ve written before, the government here wants to become cashless and they launched their own digital currency earlier this month. Maybe it will make it easier to proceed with payments. But in the long run, giving such inept, corrupt politicians the power to increase the money supply with just a few keys and pressing “Enter” is like giving a warehouse filled up to the top with nuclear warheads to the Taliban. This will not heal all the mess that needs solutions. Much less to get the productive apparatus working again.

Why not? Because there is no actual production leverage. This money will only buy heavily taxed imported goods. Therefore, no real advantage other than providing a couple of cm above the water level for a while. The noise around this “digital” currency is the same old fuzz around the “cryptocurrency” backed up with hundreds of thousands of crude oil barrels that are still underground.