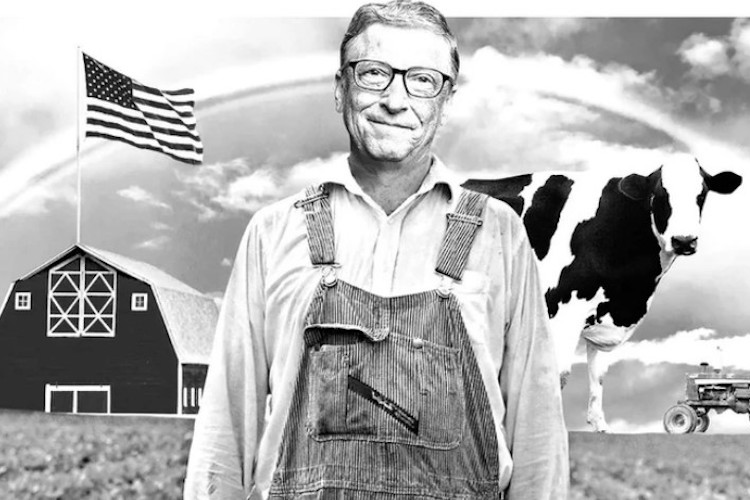 As we approach a winter of discontent and global food systems go from bad to worse, there’s trouble in paradise.

At the root of these problems, government responses to COVID-19 have contributed to a six-fold increase in famine-like conditions as global supply chains collapse, and field trials for gene-edited crops and farm animals begin in the UK.

Against this perfect storm, the UN’s World Food Systems Summit convened last month, with Member States joining the private sector, civil society groups and researchers, to bring about “tangible, positive changes” to the world’s food systems, and as the story goes, “drive recovery from COVID-19.”

But even if we could solve our problems using the same logic that created them, there are deeper, institutional problems undermining the integrity of the Summit. Specifically, its corporate capture by one man, whose vision of the future of food security places the interests of civil society and farming communities in a different universe to the corporations he is beholden to.

A household name on the world stage of disaster-capitalism, there is more to Bill Gates than doomsayer-general terrorising the world’s population into a permanent state of suspended animation, and it typically involves the future of food security.

In less than a decade, Gates has become America’s largest private farmland owner, acquiring more than 269,000 acres of prime farmland in the US, including the 100 Circles Farm where fast food giant McDonald’s potatoes are grown. Gates effectively owns McDonald’s fries, his commitment to public health aside.

On the one hand Mr. Gates is the most influential player in global public health, following in the footsteps of his spiritual leader, John D Rockefeller. On the contrary, he backs a confederacy of fast food brands that are killing more people globally than tobacco and driving those who survive towards the very pharmaceuticals which he also wheels and deals to the 50% of all Americans suffering from chronic health disorders.

When it comes to fast food, Gates owns 7.8% of Warren Buffet’s investment vehicle, Berkshire Hathaway, which controls 39% of the largest Subway fast food franchise and 9.3% of The Coca-Cola Company. That’s in addition to the Gates Foundation’s 16.8% stake in the largest Coca-Cola bottling franchise in the world, named for the fourth consecutive year, the world’s biggest plastic polluter.

But Gates’ environmental effrontery is only part of the problem. He also backs multiple ventures blurring the lines between food and tech; and if indeed Mr. Gates has his way, the food of the future will little resemble what’s served on our plate today.

That’s because his centre of gravity is GMOs. He owns 500,000 Monsanto shares worth a modest $23 billion, making him, by implication, the sworn enemy of everything under the sun organic and sustainable. There’s the Gates-funded Impossible Burger, made from genetically engineered soy and yeast, with its manufacturer, Impossible Foods, owning twenty five patents on artificially replicated cheese, beef and chicken.

Another Gates-backed start-up doing the rounds on the capital markets is Ginkgo Bioworks. According to their mission statement, Gingko will produce custom organisms, using cell programming technology to genetically engineer flavours and create ingredients for ultra-processed foods. Their plan is to license over 20,000 engineered cell programs to the food industry.

If indeed the agrifoodtech ventures Gates is bringing to market continues to flourish, traditional diets will soon be replaced by lab-cultivated meat and other Frankenstein foods. Gates might have all the appeal of a five-star fine dining experience, but in reality ‘you’ll get what you’re given.’

Because, like Rockefeller before him, Gates is transforming our relationship with how we grow food, only he’s weaving climate change and the new age mantra of ‘following the science’ into his worldview.

This typically involves genetics, agrochemicals, and a shedload of automation, with his foundations industry partners operating Herculean monopolies over services and supply chains. What is of little importance to Mr. Gates are the social and environmental costs of his ventures. Or at least, he promotes one set of values, and invests in another.

Take for example this widely read blog post from 2019. On the one hand Mr. Gates accepts that agriculture accounts for 24% of global greenhouse emissions, but thanks to the 100 Circles transaction, Gates is the largest farming real estate ticket holder in the US, with 269,000 acres of prime farmland, even though, we are told by the likes of Gates, that agriculture makes up as much as 70% percent of fresh-water usage globally, leads to greater soil erosion, deforestation, and, you guessed it, climate change.