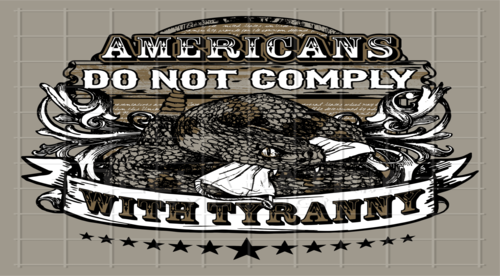 According to this October 11th story over at NBC News, with Joe Biden’s ‘vax mandate’ for businesses with over 100 employees approaching, no one is quite sure how the mandate will be enforced with OSHA a hugely understaffed government agency.

Reporting within their story that according to former OSHA senior policy adviser Debbie Berkowitz, “OSHA’s legacy as a strained agency means there won’t be an army of inspectors knocking on doors”, Berkowitz also estimated “It would take 160 years for OSHA to get into every workplace just once.”

Thus meaning Biden’s vax mandate will largely rely upon such businesses to ‘police themselves‘ as OSHA doesn’t have the resources or employees to carry out such tasks at all businesses nationwide regularly, Biden claiming his sweeping Covid-19 vaccination and testing mandate will ‘boost the economy’ and ‘save lives‘ isn’t rooted in reality as the supply chain comes unhinged, employees in numerous ‘critical infrastructure fields’ ditch their jobs instead of getting the coerced vax and lawsuits are filed at the state level against Biden’s mandates all across the country.

With hundreds of thousands of US service members remaining ‘unvaxxed’ as the Department of Defense’s November 28th deadline for them to get vaxxed approaches, we see in that November 28th date; in a November 22nd deadline date for most federal employees to be vaxxed; and in a date of December 8th for millions of federal govt contractors to be vaxxed, how long before full scale tyranny is in our faces with the globalists ‘medically murdering’ people already?

And while tyrants always seem to believe that ‘their subjects’ will just bow before them as they institute tyranny, as Susan Duclos had pointed out in this October 12th ANP story, we’re witnessing nothing like that at all with the Twitter hashtag #DoNotComply trending, employees of numerous large corporations protesting insane mandates with ‘sick outs’, leading to train delays, canceled airline flights, and hospitals in dire straits with doctors and nurses walking out and US state leaders turning to the National Guard to deal with the still unfolding chaos all around them. Yet America needs much more than just US Veterans and a handful of active duty military members opposing despotism for freedom to have any chance.

Just imagine what’s going to happen to America when millions of people living in the inner cities, who’d never take the ‘vax’ because it reminds some of them of the Tuskegee Experiments, are told they can no longer work without ‘the shot’ or they’re no longer able to go into grocery stores to buy food without ‘the mark’! We clearly haven’t seen anything yet. 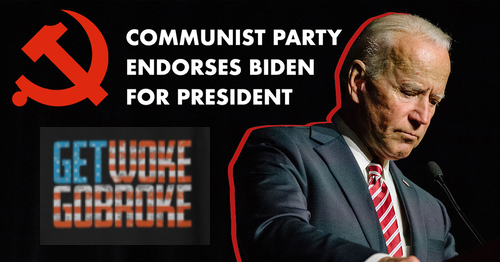 So with Joe Biden’s ‘vax everyone’ agenda blowing up in the Democrats faces as even NBC admits there will be much difficulty enforcing it, we can learn a lot about this administration by reading through the lines of the NBC story on just how they’ll pressure businesses into what they call ‘ensuring compliance‘.

Reporting within that story that ‘Naming and shaming’ will be a key tactic used by the Biden admin to get businesses to ‘bend over and comply’, it’s not just a coincidence that ‘naming and shaming’ is a ‘grade school tactic’ used by playground bullies masquerading as victims, and long a favorite strategy of the ‘woke-sters’ trying to ‘cancel’ everything they disagree with. From the NBC story.:

If businesses don’t abide by the regulation, OSHA will “have a lot of levers,” Michaels said. “They can impose heavy fines, publicize to workers that they can complain if their employer is not complying, and they can do spot inspections.”

If a business is making a good-faith effort, Berkowitz said she expects OSHA will not force the issue with a fine. But a key aspect of enforcing this requirement, differentiating it from some other OSHA regulations, will be the reaction of employees at risk of catching Covid in the workplace, who will serve as a force multiplier, experts say.

“The vast majority of employees want everybody to be vaccinated,” said Lawrence Gostin, a professor of public health at Johns Hopkins University. “It’s only a small but vocal minority who don’t. What you have to do is capture the attention of the silent majority and have them blow the whistle on any employer.”

“Encouraging whistleblowing is an extraordinarily important part of it,” he said, adding that OSHA “doesn’t have to set foot inside most employers.”

For the minority of businesses that don’t comply, OSHA could publicize the consequences.

“They’ll send out inspectors, and they may find workplaces where they haven’t done that,” Gostin said, referring to compliance with the vaccination and testing requirement. “And they’ll issue big fines, and they’ll issue press releases perhaps, which will embarrass some employers” while sending a message to others.