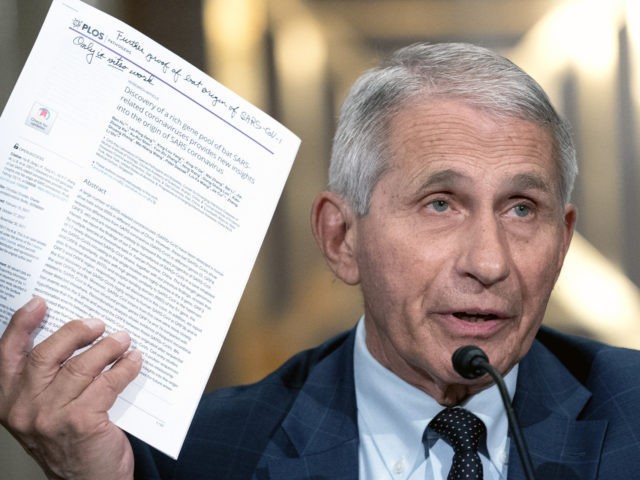 #ArrestFauci took off on social media after it was revealed that Dr. Anthony Fauci’s division of the National Institutes of Health (NIH) partially funded cruel experiments on dogs, allowing hungry insects to eat them alive.

The demands also follow last week’s NIH letter to Congress, revealing that it did, in fact, fund gain-of-function research, contrary to Fauci’s claims to Congress.

The hashtag took off over the weekend following the disturbing revelation of Fauci’s division of NIH partially funding an experiment, which saw researchers drug beagles, remove their vocal cords, and lock their heads in a cage to allow hungry sand flies to eat them alive.

It also came on the heels of NIH’s letter, which directly contradicted Fauci’s denial of gain-of-function research. The experiment detailed a NIH grant awarded to EcoHealth Alliance “and then sub-awarded to the Wuhan lab” which tested “if spike proteins from naturally occurring bat coronaviruses circulating in China were capable of binding to the human ACE2 receptor in a mouse model.”

With the evidence piling up against him, and details of inhumane experiments surfacing, #ArrestFauci took off:

If you’re angry about how Fauci uses puppies, just wait until you hear how he uses COVID vaccines on healthy kids. #ArrestFauci