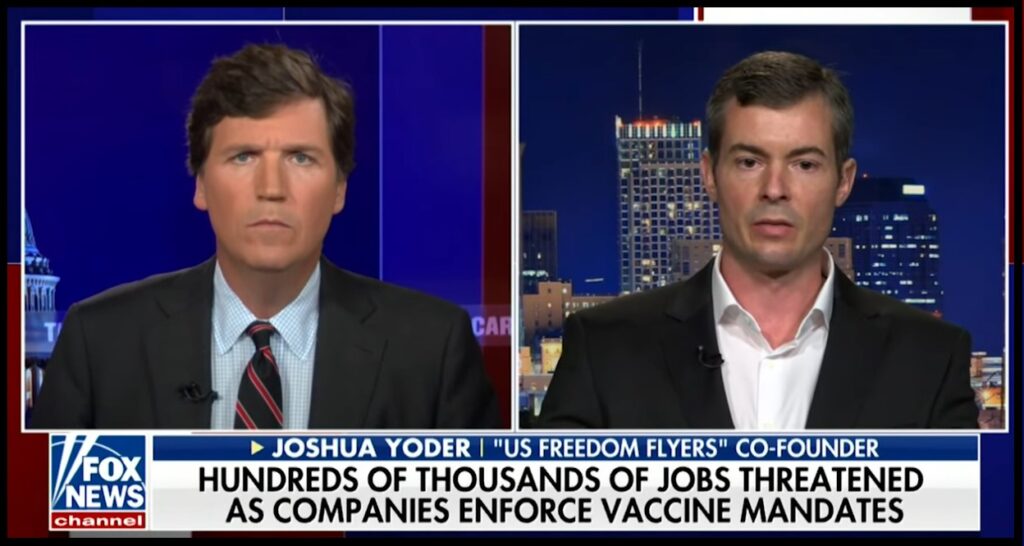 A group of transportation workers led by airline pilots speak out about the danger of forced medical procedures represented by the the vaccine mandate.  This video from US Freedom Flyers might help explain the current airline industry issues that have recently been in the news.   From their website:

“We are a group of transportation professionals representing the air, rail, and trucking industries who are spearheading efforts to protect medical health freedom. Our goal is to push back against the US government’s threats of vaccine mandates for private businesses. We know this effort is not simply a matter of employees versus companies, but citizens opposing illegal and tyranical mandates by the US government.” (link)

“US Freedom Flyers is a group of transportation industry employees who have come together to fight federal and state mandates which aim to strip Citizens of their right to medical freedom. Together, in partnership with Health Freedom Defense Fund and The Davillier Law Group, we lead to preserve Informed Consent and defend Constitutional rights.” (read more)

The co-founder of US Freedom Flyers, Joshua Yoder, appeared on Fox News with Tucker Carlson earlier this evening to discuss: 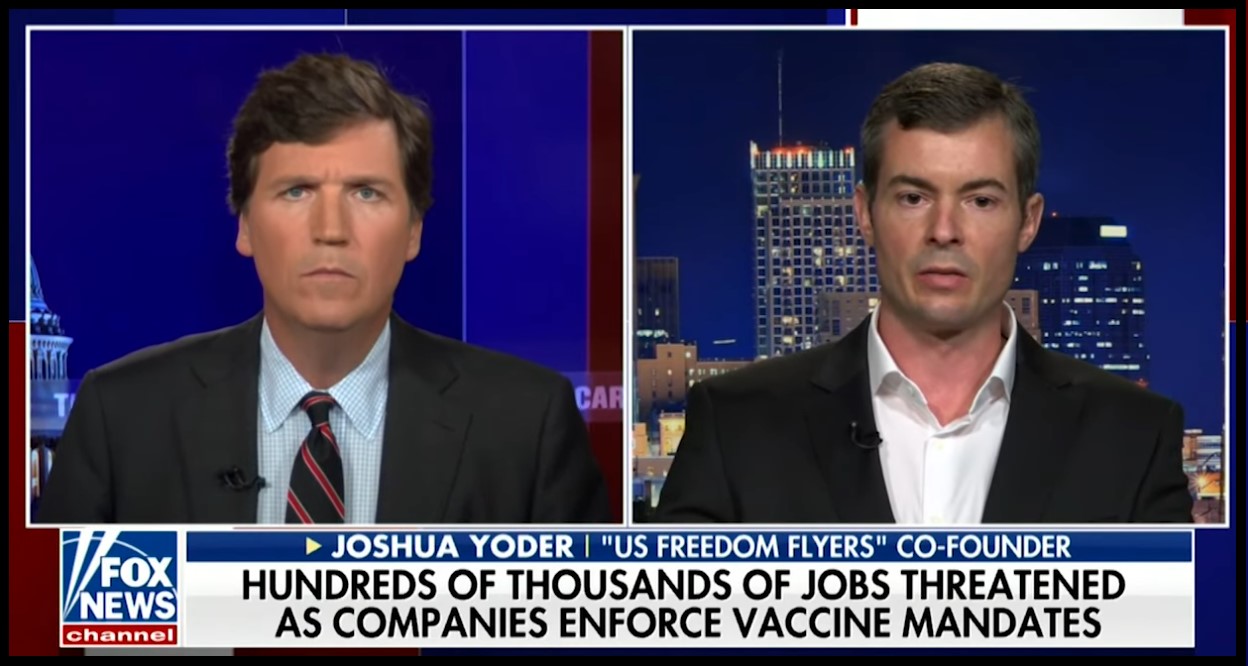 As we previously outlined, this is not about vaccines per se’, this is more about a slippery slope of having the government dictate how you can live your life and earn a living.

If they can force you to have a medical procedure, and then carry documentation of that procedure in order to work… why can’t they force you to get a small electronic implant of your identification, which would coincidentally include your medical authorizations for work?

Factually I do not believe a federal mandate for a vaccine is even possible or legal. It appears to me that all of Biden’s threats in this regard are simply that, threats.

The purpose of the threat is to push people to take the vaccine without actually attempting a legal federal mandate; and that approach so far has been successful.  However, now they are going to encounter the more hard-core groups who will not concede liberty or freedom to a federal mandate.

It is obvious Anthony Fauci also knows a federal mandate will lose in court when challenged.  The fact that Fauci brings up state vaccination requirements for education, as examples of historically forced vaccinations is both a strawman argument and structurally false.  There has never been a FEDERAL mandate for any vaccination.  All the vaccinations Fauci discusses (ex. his kids) were state mandates.  Each state also has a different set of standards and laws for children and vaccines.  There is nothing federal.