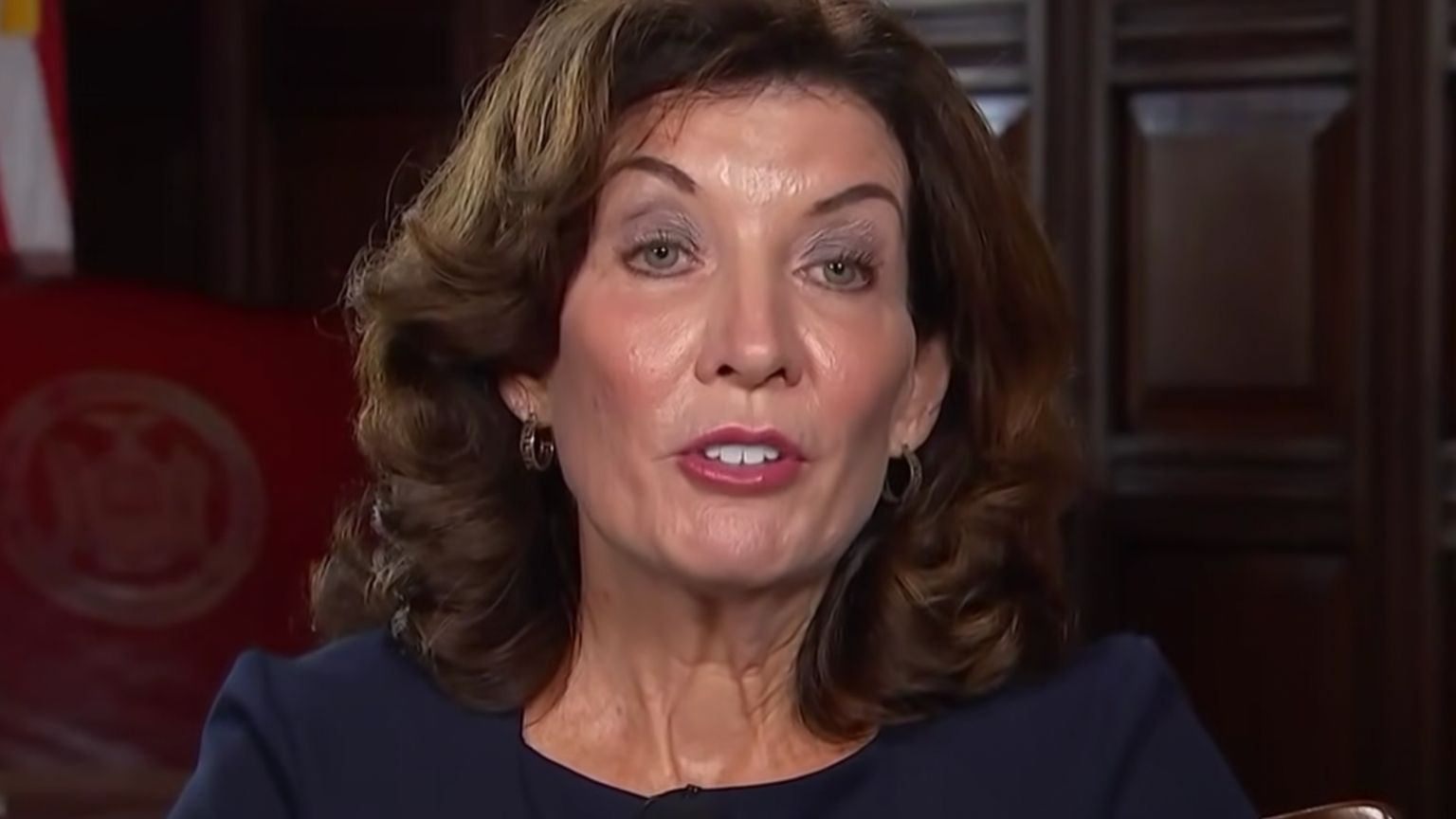 A further affront to civil liberties.

New York State employees who will get fired for not being able to show a vaccine passport will not access unemployment insurance, announced Gov. Kathy Hochul on Saturday, only two days before the deadline for all state workers to have to show a passport.

However, a judge temporarily halted the vaccine mandate for New York City workers on Friday.

New York state health workers in nursing homes and hospitals and teachers in New York City, were given up to Monday to show proof of at least one dose of the vaccine. While announcing contingencies to address a potential shortage of health workers, the governor said that those who could not show a passport and who lose their jobs will not be eligible for unemployment insurance.

Only those with a doctor-approved vaccine exemption will be unaffected from the new order.

On Thursday, Mayor Bill de Blasio said that “thousands and thousands of vaccinated, experienced substitute teachers” were available to replace the unvaccinated teachers who will not report to work on Monday.

Union leaders urged the mayor to extend the deadline and criticized the substitute teachers plan, calling it “irresponsible.”

“CSEA is supportive of efforts to keep our state workplaces safer, but these changes must respect the legal bargaining rights of workers,” said CSEA spokesman Mark Kotzin.

However, late on Friday, a judge at the 2nd Circuit Court of Appeals blocked the city from enforcing the vaccine mandate for teachers. The case was referred to a three-judge panel, which will expedite it and provide a resolution by the end of the week.

When the vaccine passport comes into effect, there is expected to be a high probability of a shortage of health workers.

The governor announced plans to address the shortage through an executive order. Qualified health workers licensed in other states and countries, retired and former health practitioners and recent graduates will be allowed to practice in the state if they can show a passport. If that does not address the shortage, medically-trained members of the National Guard will be brought in, the Governor said, rather than resort to non-vaccine passport holders.