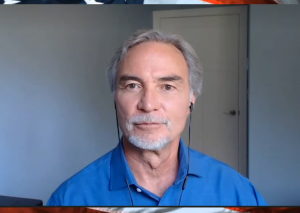 It looks like we are on track for yet another global financial meltdown.  This time it is coming out of China in the form of a failed property development company called Evergrande.  It’s five times bigger than Lehman Brothers, whose failure cratered the global economy in 2008.  Will central banks, including the Fed, just let it all fail or will they print massive amounts of money trying to stop the fall?   If history is a guide, we should get ready for the most money creation ever.  In May, financial writer John Rubino said, “This is beyond the ability of any individual to fix.  We can’t save the system.” We sure can print a lot of money to try though.

Massive global money printing is what is coming, and it will come with huge consequences for all fiat currencies.  Rubino explains, “Stocks are tanking, cryptos are tanking, currencies of the world are getting volatile, politics are volatile and gold is going up while all this is happening, which it is supposed to do.  Gold is supposed to be the safe haven where you hide out when nothing else seems trustworthy. . . . That hasn’t been the case in prior bear markets.  When stocks tanked, they pulled down gold and silver. . . . It’s a good sign when markets start to behave rationally again.  When high risk assets don’t seem worth it anymore, capital flows into real assets that hold their value no matter what the government is doing to the currency.  That’s the way it’s supposed to work, and that is the way it is working. . . . Trust is probably the key word in this whole discussion.  Fiat only exists because we trust the people who are managing them to maintain their value.  You take the trust away and there is nothing there.  A fiat currency is not a real thing.  It doesn’t actually exist other than little pieces of paper that have no intrinsic value or computer code, which also has no intrinsic value.  So, you take away the trust that we had in the Fed, Treasury, Congress and the President to do the right thing, and be honest, when it comes to the financial markets, you take that away and there really isn’t anything there.  Nobody would want to hold a currency managed by people they can’t trust.  Pay attention to that because the less we trust the guys in charge, the less we trust the currency.  The less we trust the currency, the less we trust the financial markets and the less valuable these financial assets are.  So, it all ties together, and it all depends on that one word—Trust.”

What’s Rubino’s biggest fear?  Rubino warns, “My biggest fear is that we screw up our finances, we screw up geopolitics, and we get into a big war because we are close to that now.  The U.S., Russia and China are bumping up against each other, and we are like scorpions in a bottle on this little planet with all these high tech weapons. . . . My biggest fear is we take it well beyond the world of finance to no holds barred military action.  There’s no way to predict anything when you start doing something like that.  The worst case scenario is too horrible to even think about.”