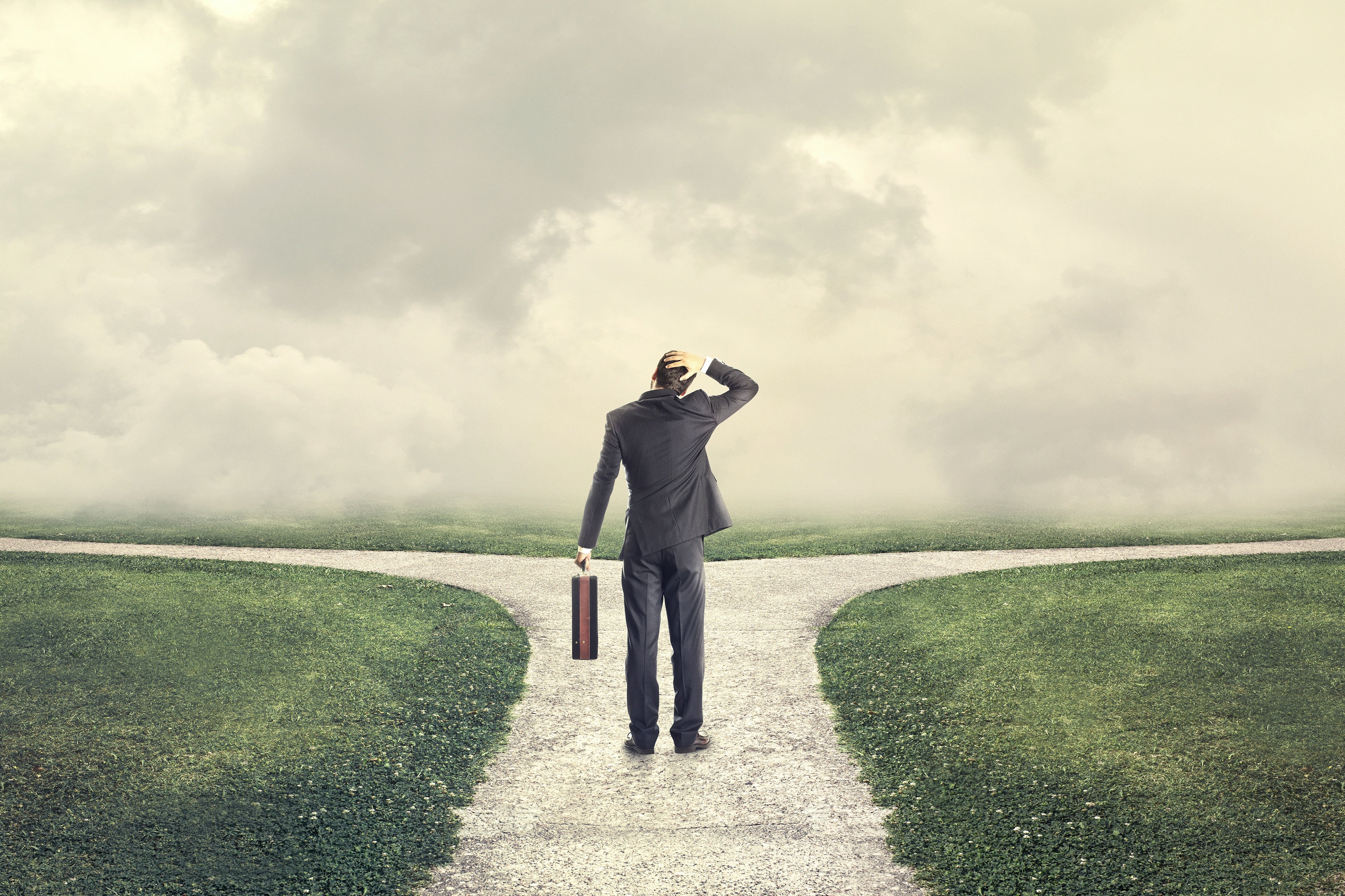 So many of our friends and family live harried lives, working, keeping households, caring for family members that they have no time to question the news accounts they hear on their car radios while chauffeuring the kids to school, shopping, for essentials, and commuting. And if they get newspapers delivered or watch the news, they get only enough for a header and a couple of graphs or a quick byte before other more pressing things require their attention. Those of us with more time and interest in the news get an entirely different picture and that makes our discussions with them so fraught. We live in two different realities.

I give you four examples from this week’s news stories. The anti-Semitism of the Squad (and a not insignificant part of the Democratic party), horse patrols in Del Rio, the Arizona election audit, and the Hunter Biden emails.  In three of the examples, one can see how if the error was not inadvertent, the effort to correct the record was either feeble or nonexistent, giving rise to a reasonable assumption that the publishers did not mind leaving readers with an utterly false impression for the benefit of Biden and the Left.

The Anti-Semitism of the Squad

To those of us paying attention, the shift to anti-Semitism from a not insignificant part of the Democratic party is unmistakable. But, probably because they share that view, the publishers of the New York Times have gone to some pains to disguise this. This week, the effort by Alexandria Ocasio-Cortez, her squad, and their hangers-on to strip from the budget funds for Israel’s Iron Dome, a major defensive weapon against rocket attacks, went down in defeat. The Times carried a quote from her on the loss in their print edition, which they later removed from the online editions: “NYT Removes Line Saying AOC Changed Iron Dome Vote Because of “Influential Lobbyists and Rabbis.” From the Jewish Journal:

Do the Times’ most loyal readers on Manhattan’s Upper West Side ever rebel against the Times’ and AOC’s notions about Israel and the need for such an important defensive measure? Who knows? Maybe they were too busy running to Zabars and posting virtue-signaling Black Lives Matter posts on their lintels to notice. Others did, however:

“As a proud Zionist and Rabbi, I was surprised to learn that we Rabbis have powers far beyond those of mortal men that could somehow cajole AOC to change her anti-Israel vote to ‘present,’” Rabbi Abraham Cooper, Associate Dean and Director of Global Social Action Agenda at the Simon Wiesenthal Center, said in a statement to the Journal. “Another explanation is that The Squad’s anti-Israel tropes had exceeded their weekly quota.”

Stop Antisemitism Executive Director Liora Rez also said in a statement to the Journal, “We’re not sure if we’re reading Richard Spencer’s the ‘Daily Stormer’ or a vintage piece from 1939 Die Wehrmacht! Every time we think the [New York Times] can’t go any lower with their disdain for the Jewish people, they shock us with more antisemitism.”

Representative Ritchie Torres (D-NY) tweeted, “Embedded in the story is the assumption that support for Iron Dome, which defends civilians from relentless rocket fire, can only be explained by power (‘influential lobbyists and rabbis’) rather than principle. The causal Antisemitism never ceases to shock me.”

Joe Biden has never before demonstrated the slightest concern about Haitians until thousands crossed the southern border and were camped out under a bridge in Del Rio, Texas. As late as 1994 he said, “If Haiti just quietly sinks into the Caribbean or rose up 300 feet, it shouldn’t matter a whole lot in terms of our interest.” But the picture of the migrant camp certainly riled the open borders fanciers with horrible pictures of destitute illegal migrants camping by the thousands under the bridge. The FAA even momentarily banned Fox News from overhead drone coverage of the scene.

One photographer on the ground, Paul Ratje, captured pictures of horse-riding border patrol members preventing the people from scattering off into the country where they would avoid even minimal processing. City folks who populate newsrooms and left-wing social media may never have seen the split reins the border patrols riders use to control the horses, but seeing them, they rushed to publication Ratje’s shots, claiming the riders were whipping the migrants. Not so, said the photographer, but the fake account spread far and was bought hook, line, and sinker by the administration.

Ratje is a photographer based in Las Cruces and has been in Del Rio since Friday. He said took the photographs from the Mexican side.

“I’ve never seen them whip anyone,” Ratje said. “He was swinging it, but it can be misconstrued when you’re looking at the picture.”

The photos drew immense criticism from many on social media and the White House said it will investigate.

Vice President Kamala Harris was also asked about the photos, and called them deeply troubling. Harris also said there was a thorough investigation into how agents are treating migrants.

Biden threatened the border patrol agents, saying they “will pay.”

WhippingGate snowballed with the usual race-baiting. California Rep. Maxine Waters and CNN anchor Chris Cuomo invoked slavery. “Even the Biden administration has fueled the narrative with the White House condemning the “horrific” images, and the Department of Homeland Security launching an investigation and removing the horses from Border Patrol.”

The Border Patrol agents, who are doing an incredible job under the administration’s absurd rules of engagement, were slandered by both the administration and most of the media. (Since they were at least temporarily banned from using horses to patrol this rugged landscape, the Babylon Bee satirically suggested they are now to patrol that area of the border on Segways armed with pool noodles.

You could say it was an honest mistake, but none of the media “fact checkers“ have checked the whipping story as fake, and the Washington Post, CNN, NBC, AP, USA Today, and Snopes are silent on the fake tale. From this one can fairly deduce they are happy to peddle lies to advance an open-border agenda.

In the event you hear your friends and neighbors decrying the abusive tactics of the Border Patrol, you know where they get their information from. Be nice, but explain Ratje and split reins to them if you can get a word in edgewise.

Against enormous pressure, an independent audit was finally concluded on the voting in Maricopa County, Arizona. And the spin has begun. At PJ Media, Matt Margolis details how corrupt the coverage of the audit report has been.

CNN and others concluded the audit proved Biden won Arizona as the hand count matched the official canvass results. Whoa! There’s a lot more to the story. As Margolis observes, the summary of the audit shows a great deal more than that:

He republishes the table showing the vast discrepancies and other troubling issues found by the audit team in a state where Biden barely won. The audits found “There are sufficient discrepancies among the different systems that, in conjunction with some of our findings, suggest that the delta between the Presidential candidates is very close to potential margin-of-error for the election.” The discrepancies demonstrate there was a substantial potential for fraud and Maricopa’s refusal to allow the auditors to vet these 57,734 ballots in which discrepancies were found, means “we’ll never know if the election results were legitimate.”

In October 2020, shortly before the election, the New York Post published a scoop about Hunter Biden’s emails.

Hunter Biden introduced his father, then-Vice President Joe Biden, to a top executive at a Ukrainian energy firm less than a year before the elder Biden pressured government officials in Ukraine into firing a prosecutor who was investigating the company, according to emails obtained by the Post.

The never-before-revealed meeting is mentioned in a message of appreciation that Vadym Pozharskyi, an adviser to the board of Burisma, allegedly sent Hunter Biden on April 17, 2015, about a year after Hunter joined the Burisma board at a reported salary of up to $50,000 a month.

“Dear Hunter, thank you for inviting me to DC and giving an opportunity to meet your father and spent [sic] some time together. It’s realty [sic] an honor and pleasure,” the email reads.

An earlier email from May 2014 also shows Pozharskyi, reportedly Burisma’s No. 3 exec, asking Hunter for “advice on how you could use your influence” on the company’s behalf.

The blockbuster correspondence — which flies in the face of Joe Biden’s claim that he’s “never spoken to my son about his overseas business dealings” — is contained in a massive trove of data recovered from a laptop computer.

Neither Hunter nor Joe disputed the account. Instead, as the Wall Street Journal reports this week,

Both men counted instead on the rest of the media to serve as a cordon sanitaire, and did they ever. Twitter barred the Post’s feed for a time lest Americans be able to read about the emails and their content.

A press that was interested in telling the truth about both candidates would have pressed to confirm the Post’s story and examined the emails for themselves. Instead they rose nearly as one to denounce the Post and claim without evidence that the emails might have been Russian disinformation. That was a sorry repeat of the Russia collusion narrative from 2016, which the press flogged for more than two years but we now know was concocted by the Hillary Clinton campaign.

There’s no doubt that the Fourth Estate massively distorts the facts in advancing their agendas. Perhaps the best motto for them would be “News You Shouldn’t Use.”