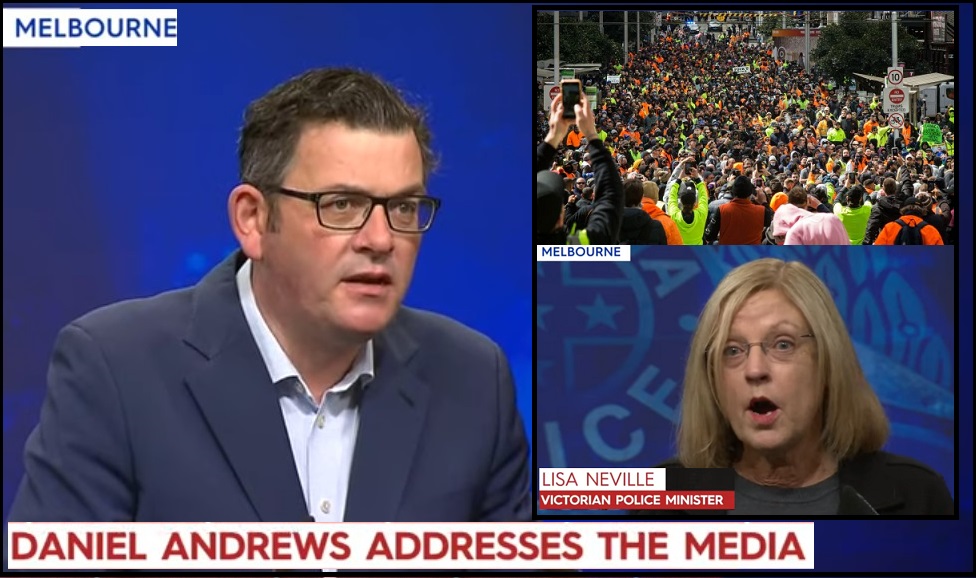 In preparation for Day Three of the trade union revolt, Victoria Premier Daniel Andrews promises to punish the protestors and orders thousands more riot police into the city of Melbourne to crush the rebellion.  Victorians will take their forced mRNA gene modification, or they will die trying to resist it.

Using the state media to push his warning against non-compliant citizens of the state lockdown, Premier Andrews was joined by Victorian Police Minister Lisa Neville and Police Chief Shane Patton in charge of the jackboots.   Andrews, Neville and Patton promised to use the full weight of police tactics and riot squads to crush any protest group who attempts to unlawfully assemble. [Video Below]

Laughably, the head of the local police, Jackboot Shane Patton, accuses the protesters of attempting to hide their alignment with the trade groups by purchasing yellow “hi-vis” vests from the local WalMart stores.  This, he claims, is an organized effort to make the scale of the protesting trade union appear larger than it is; and he sells this as evidence of a right-wing conspiracy to undermine the state authority.  Apparently the head of the jackboots has never heard of the “Yellow Vest” movement, which is now being duplicated in Melbourne.

Yes folks, this is the scale of psychological manipulation now being pushed against the citizens in the formerly free-range state of Victoria, Australia.  It would appear the ministry of COVID compliance do not believe their citizens have access to the internet.

(Sky News) […]   Victorian Police Commissioner Shane Patton [pictured left] stressed residents planning to gather in the city for a third day of protests will be met with new tactics and more police resources on the ground.

“I’m not going to step through the amount of police that we’re going to have on deck today, I’m not going to talk about what our tactics are save to say that those tactics will be different and we have significant police numbers,” he said.  He added while there were many members of the construction industry in the rally, there were also “representations” from right-wing groups.

“We know from what we have been monitoring that people are being encouraged to put on high-viz gear, to put on workwear, to come in under the cover of a crowd and not necessarily trades people, but people who are tied up with the Freedom Rally, people who are tied up with other issue-motivated groups who seek to hide under the cover of this demonstration,” he said.  “We know that’s occurring. So it’s a very mixed crowd.” (read more)

The compliant and united state-run media attend the press conference like sheep.  Not a single journalist would point out to Jackboot Commissar Patton that wearing a “hi-viz” vest is simply a message of solidarity amid freedom loving middle-class patriots around the world.  What a joke.  WATCH: 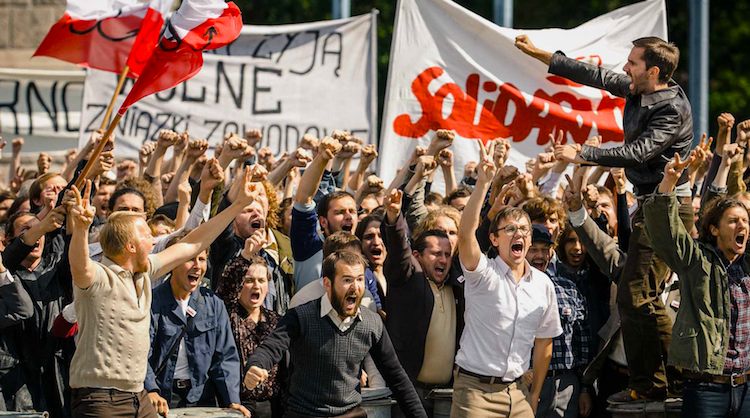 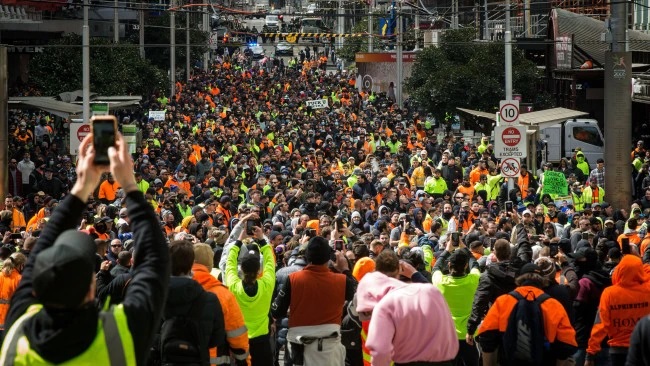