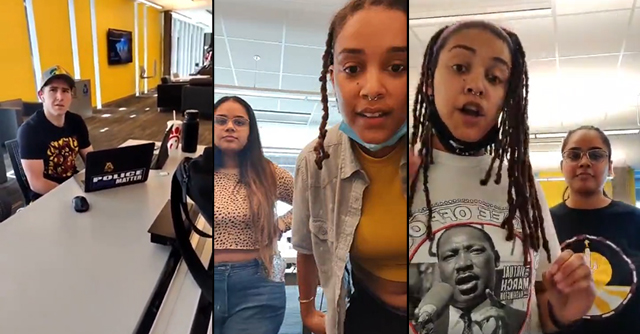 Video out of Arizona State University on Thursday shows a pair of black activists ordering two white students to leave a “multicultural” center for being white.

“You’re white!” one of the female black activists screamed at two white ASU students who were quietly studying. “Do you understand what a multicultural space– it means you’re not being centered!”

The activists, who are both students at ASU, accused the white students of “violence” for having a “Police Lives Matter” sticker on one of their laptops and mocked the idea that “diversity” includes being inclusive of white people.

After one of the white students who got kicked out of the venue said they were making the multicultural space less “diverse,” the black activists burst out laughing, saying “oh wow, so diversity is about about including more white people?!”

“Oh yeah! Diversity is now about including white men!” another activist laughed.

The video was initially shared on Instagram by the women themselves on their page the “Multicultural Solidarity Coalition.” 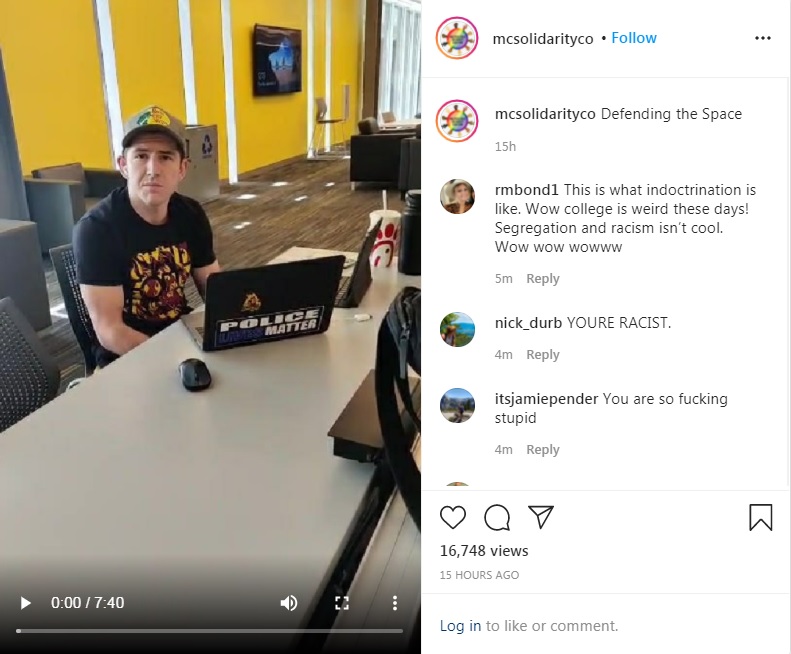 Incidentally, notice how the activists shut right up when their target mentioned how he’s “working for 60 hours a week” to pay for school because his parents don’t just give him money?

They had nothing to say about that.

I remember back in 2015 when all this BLM activism took off it turned out one of the most prominent activists at Mizzou, Jonathan Butler, was the son of a top railroad exec who made $8.4 million a year.