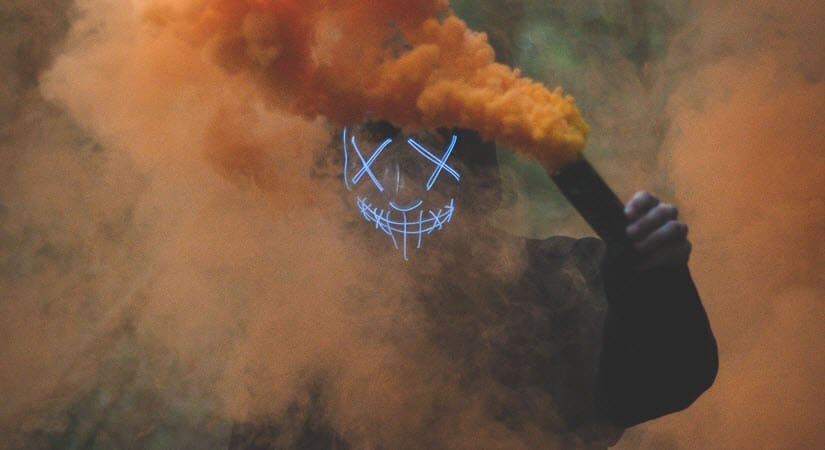 The U.S. and most of the world is at the threshold of what I would call a nexus point in history. There are establishment forces at play that seek to impose a permanent authoritarian presence within our nation in the name of Covid “safety.” This includes lockdown mandates and restrictions on economic participation for the unvaccinated (including being unable to keep a job).

At the same time, only 53% of the public has been fully vaccinated against Covid. A significant number of the unvaccinated seem likely to dig in their heels and refuse to comply with the advice of medical professionals and the government.

We are at an impasse. With a global pandemic flaring up again in the background, the pro- and anti-vaccine groups square off. Those who see their Covid vaccination as a badge of personal responsibility and civic-mindedness versus those who believe the opposite. Unless one side chooses to stand down and walk away from the fight, our economic future will grow increasingly unstable.

This is the foreboding backdrop of our economic tale, and it is important to keep in mind that the technocratic exploitation of the covid non-crisis as a push for supremacy is going to color everything that happens in our financial system from now on. You cannot talk about our economic condition without including the effects of the pandemic theater.

I believe that the next year in particular is going to be adrenalized and chaotic beyond what we have already seen in 2020-2021. Like I said, there are two sides of America that are now at an impasse. Something is going to snap, and I suspect this will happen in 12 months or less.

The U.S. economy is itself an underlying disaster in the making and in many ways the Covid issue is a convenient distraction away from a much larger threat.

Let’s not forget that since the credit crash of 2007-2008 America and most other nations have been surviving on pure monetary deferment. That is to say, not a single problem unmasked in 2008 has been dealt with or solved by the central bankers in the 13 years since. All of the destructive factors were delayed by money printing rather than being fixed. Writing a new post-dated check to cover your last check only works as long as your creditor is willing to cooperate…

The pandemic response has conjured an even greater crisis because the shutdowns of vast parts of the service sector led to trillions more in stimulus just to keep an array of businesses from closing permanently, let alone the trillions of dollars that are still being printed to boost unemployment checks.

All of this monetary trickery is going to end, and when it does, there will be a fiscal reckoning beyond anything the world has seen in centuries.

Here are some of the most immediate dangers as I see them in the next 12 months, and what they mean for our future…

Covid unemployment boost is ending (but it’s too already late)

I have to say, I don’t think any government policy has hurt the U.S. economy more than the additional Covid benefits added to unemployment checks. With an extra $300 per week added to existing federal benefits there has been zero incentive for the jobless to find employment. This doesn’t even account for the additional money and benefits granted by various states. Why work at all when you can do nothing for months on end and get paid the same? This has triggered a desperate crisis in the small business sector in terms of finding employees to continue operations.

I have personally seen half the businesses in my region scramble for workers and stretch their resources thin just to survive. Ultimately, many companies have been forced to cut business hours by half because they just don’t have the people to stay open all week. There are now help wanted signs on the doors of every single business I come across.

Yet, bizarrely, there are still numerous mainstream media reports arguing that Covid unemployment should continue into the foreseeable future.

It is hard to say whether conditions will change, but for now the indication is that the federal government will be winding down boosted unemployment checks. What I suspect will happen is that certain state governments will react by bulking up on their already existing unemployment measures to offset the federal draw-down, and the businesses in these states will see the drought on employees continue. In the end many of these businesses will shut their doors for good, especially smaller outlets that are unable to keep up with the major corporate retailers that enjoy billions in stimulus to keep them afloat.

At this stage those help wanted signs will be replaced with “closing forever” signs and all those jobs will disappear in the blink of an eye. The federal cuts to unemployment checks are too little too late, I think, and there are no guarantees that they will remain in place considering reports of the “delta variant.”

Many establishments will try to hold out through the Christmas season, but there is already a war going on for the holiday employees needed to deal with the seasonal rush. Corporate outlets have the ability to offer larger bonuses and more incentives.

Small businesses will be crushed this Christmas.

I have been warning for years that when the economic destabilization of the U.S. happens it will come not in the form of deflation or standard hyperinflation, but stagflation, which is a kind of unholy marriage of the two.

The combination of rampant stimulus measures and helicopter money injected straight into the pockets of the unemployed resulted in a temporary consumer bonanza. Everyone was buying up everything they could get their hands on, resulting in some strange supply chain pressures and shortages, not to mention much higher prices.

I have seen my personal costs jump around 20% in the past year alone, and I’m sure most other people are experiencing a similar inflationary drain. Anyone who does not already own a home is now priced out of the market in almost every state (with the exception of certain major cities where no one wants to live right now anyway).

Fuel and energy prices are through the roof, food prices are expanding monthly, and car prices are crippling. But this is only a fraction of the problem…

There will soon come a time when Covid stimulus measures will fizzle out, and unless President Biden gets his massive infrastructure bill passed the piper will soon need to be paid. This of course creates a whole new set of stagflationary issues as prices remain stuck in an inflated range but all that extra Covid cash dries up. One might assume that if no one is buying then prices will drop along with demand, but this is not the case under stagflationary conditions. We are already witnessing this in the housing sector, where sales have been dropping for the better part of this year but overall prices remain extremely high.

I suspect that stagflation will once again become a household word in the U.S., perhaps not this year but by early next year. I am seeing signals of dollar devaluation that are visible in necessities but also in manufacturing costs, shipping costs to the U.S. as well as retail “package shrinkage.”

If you have the cash now, I would suggest buying your essentials in bulk before the prices climb even higher next year. Buying now ensures you get the maximum purchasing power from your already-diluted dollars.

The Centers for Disease Control and Prevention (CDC) has no authority whatsoever to enforce rules or prosecute and punish citizens. No one votes for these people and nothing in the Constitution of the United States grants them the authority to dictate economic or social guidance. But for some reason it has been deemed acceptable by the federal government to allow the CDC to demand mass business shutdowns and moratoriums on rental evictions. Multiple courts including the Supreme Court have ruled against the CDC moratorium but they continue to claim the power to fine any property owners that decide to press for evictions of tenants that have refused to pay for up to a year or more.

What I don’t understand is that there are millions upon millions of unclaimed jobs out there and both state and federal governments have been providing endless unemployment benefits. But there are still people who will not pay rent this month simply because the CDC has deemed evictions unsavory during a pandemic. The conditions do not justify this at all, but the CDC rules do not take reality into account.

I am seeing indications that many landlords are going to move ahead with evictions anyway soon, and with around 11 million renters far behind on payments, a firestorm is about to erupt. The fact of the matter is, the CDC and the federal government are ignoring the Supreme Court on this issue not because they care about the well-being of those 11 million people, but because without the moratorium in place the cold truth of our economic crisis will be much more obvious to the average person.

The one thing that the establishment hates more than anything is transparency, and they do not want Americans to realize the extent of the financial damage right under our noses. Unemployed people sitting at home, collecting checks and playing Xbox may not be productive members of society, but at least they don’t cause the kind of trouble the government worries about.

Another factor that I don’t think many people understand is that the moratoriums have created a fear environment in the property rental arena. Landlords will exit the rental business the first chance they get by selling off their properties. If your business relies on your ability to collect rents and you are restricted from doing this by the government, then your business is no longer a business, it is an involuntary charity.

The result will be the loss of millions of rental properties in the U.S., leaving no housing for low-income families who cannot afford a mortgage down payment. In essence, the CDC has created a perfect storm for the destruction of the rental market and a historic spike in homelessness.

Even with some courts blocking the moratorium, the damage has already been done and property owners will not wait around, fearing another moratorium in the future.

I predict that evictions will ramp up around Christmas time and peak in early 2022, and that homeless numbers will absolutely explode into 2022 as available rentals disappear across the nation.