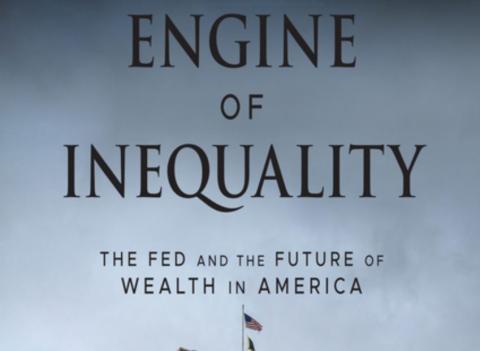 The Federal reserve says that inequality is a problem. At the same, the Fed also pretends to have nothing to do with it.

Last September, for instance, Jerome Powell bemoaned the “relative stagnation of income” for people with lower incomes in the United States, but then claimed the Fed “doesn’t have the tools” to address this issue. Instead, Powell, being the chairman of this ostensibly “independent” and “nonpolitical” central bank, called for the federal government to engage in fiscal policy efforts at income redistribution.

Powell, of course, is wrong, and he probably knows he’s wrong. In any case, if the Fed were actually concerned about wealth and income inequality, the Fed would stop doing what it has done over the past decade. It would end its ultralow interest rate policy and quantitative easing.

These policies have been at the center of the post–Great Recession economy, in which wealthy owners of stocks and real estate become ever more fabulously wealthy, even as ordinary people face stagnating employment, low economic growth, and a rising cost of living. This only accelerated during the economic crises of 2020, when endless Fed efforts to prop up the stock market meant that financial markets soared—and with them the portfolios of the wealthy—even as unemployment rose to record levels. Even Jim Cramer could see what was happening and declared Fed policy to be a part of “one of the greatest wealth transfers in history.”

The ways that the Fed effects wealth transfers to the financial sector and the state—at the expense of everyone else—have long been the domain of Austrian school critics of central banks. That is, we’ve long noted in these pages how financial repression and so-called easy money have fueled vast riches for Wall Street, while leaving the middle classes and lower-income Americans behind.

But one need not rely on Austrian critics to get insight into the damage done by modern monetary policy.

In her new book, Engine of Inequality: The Fed and the Future of Wealth in America, Karen Petrou looks in detail at how Fed policy over the past decade—especially quantitative easing (QE) and ultralow interest rates—have benefited the wealthy while leaving most ordinary people behind.

Petrou is one of the more interesting and informative analysts examining the financial services sector. As the head of Federal Financial Analytics Inc., she has provided research on the banking sector for more than thirty years, but in recent years she’s become more focused on exposing and examining the unhealthy and destructive effects of Fed policy.

Petrou takes a different approach from the Austrians. She appears to have arrived at her conclusions from observing the trends and outcomes produced by Fed policy and then working backward into a theoretical framework. The data seems to have prompted her to ask why things have gone so badly after more than a decade of “unconventional” Fed policy. When it comes to identifying the problem, she’s come to the right conclusions.

In any case, Petrou’s book is important because it is the work of a Wall Street insider who no longer swallows the Fed’s propaganda line that the Fed’s interest rate manipulation—as Powell puts it—”supports the economy across a broad range of people.”

The reality is something different. As Petrou notes, the “perverse effect” of Fed policy has been to create “acute inequality and resulting risks to both growth and financial stability.”