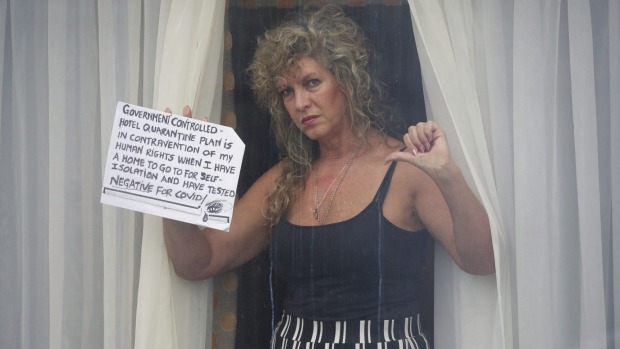 Tucker Carlson warned back in March 2021 that internment camps, aka quarantine camps were coming to America as he noted that other countries are already incarcerating their citizenry.

On Monday, the country’s prime minister, Justin Trudeau, outlined his government’s new corona regulations. Canadians hoping to return to their country must be tested before and after takeoff, he said, adding: “If your test results come back positive, you’ll need to immediately quarantine in designated government facilities. This is not optional.”

“Designated government facilities.” When this happens in other countries, and it does, we call those internment camps. Because this is Canada we’re talking about, a place we assume is passive and polite and Anglo to the point of parody, no one thinks to use that term. In fact, no one seems to think about it at all.

UK citizens and residents returning from ‘red list’ countries now need to quarantine for 10 days in a designated hotel, coughing up £1750 ($A3137) for the privilege. Only British nationals and UK residents will be allowed to enter if they are coming from a red list destination.

Not only are travelers, even those testing negative, incarcerated into a quarantine hotel, but those held against their will also have to pay for the privilege of being incarcerated.

Since March 26, all arrivals have been required to show evidence of a negative PCR test taken no more than 72 hours before arrival. All incoming passengers arriving in Ireland from designated states are now required to pre-book 14 days accommodation in a designated quarantine facility.

Read more at: Countries with hotel quarantine for COVID-19: How other countries have followed Australia’s example

What the media has downplayed, or even ignored in many cases is the the U.S. also has their own type of internment camps, and also what the CDC dubs “quarantine stations.”

The map below is one of the scariest maps I have seen, especially since most Americans do not even know there are so many “quarantine stations” across America, with the government given the ability to force Americans into said facilities, and in some cases, across state lines. 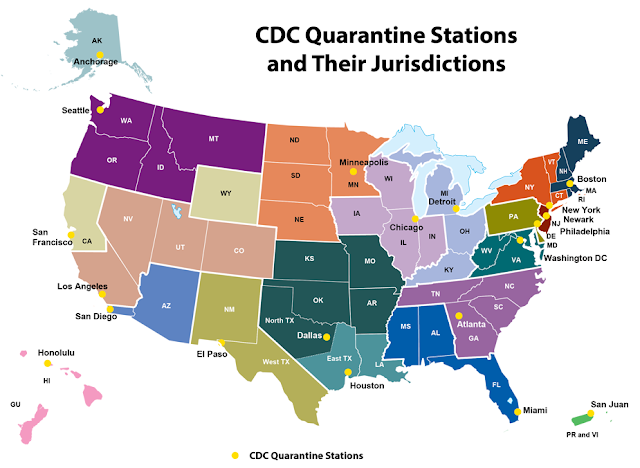 Via the CDC regarding their “Quarantine Stations” Authority and Scope:

CDC has the legal authority to detain any person who may have an infectious disease that is specified by Executive Order to be quarantinable. If necessary, CDC can deny ill persons with these diseases entry to the United States. CDC also can have them admitted to a hospital or confined to a home for a certain amount of time to prevent the spread of disease.

Looking at that map above, we see there are no less than 20 quarantine stations and have been since 2004-2007.

According to the CDC website, the CDC’s Division of Global Migration and Quarantine currently staffs 18 of CDC’s 20 quarantine stations. Dallas and Boston fall under the jurisdiction of the quarantine stations in Houston and New York respectively.

Those stations have been around for years, ostensibly to plan for a biological terrorist attack, showing that the U.S. government has been planning to incarcerate Americans for years, and have the facilities set up, and staffed, to do so.