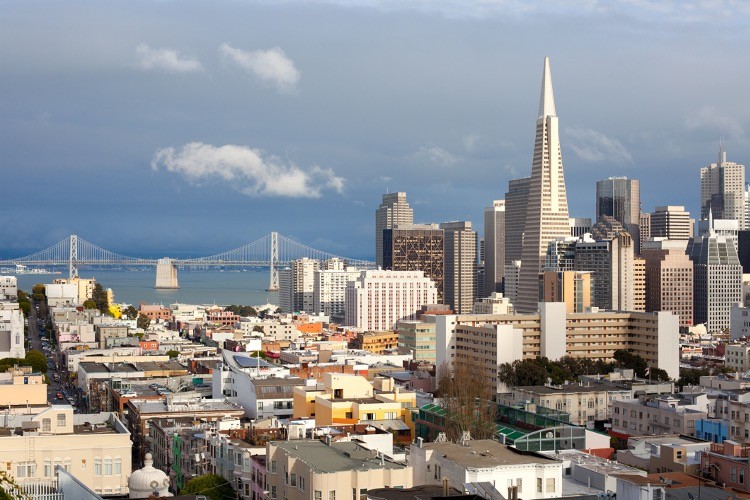 Criminals in San Francisco just got an incentive to avoid shooting incidents: A new crime-prevention program will pay people who are considered “at risk of shooting someone” $300 a month if they keep their hands off guns and not get shot themselves.

To counter the rising violent crime rate, the City by the Bay is launching a so-called Dream Keeper Fellowship this October and will pay 10 individuals a monthly allowance for not engaging in shootings. In an interview with Newsweek on Tuesday, Sheryl Davis, executive director of the Human Rights Commission, described the program as not “transactional,” but an important “investment” in violence-ravaged communities.

According to the outlet, the Fellowship participants will be paired with life coaches from the city’s Street Violence Intervention Program (SVIP) and will be called “community ambassadors,” whose work will be “to prevent violence,” seemingly by not committing it. They will be required to work on improving their professional, personal, and community traits, and will be considered “partners” in engaging members of their respectful communities in decreasing violent activities.

Davis further explained that the program aims at eradicating the “root causes” of violence, which Davis said in “many ways are economic.” In addition to $300, participants may earn as much as additional $200 a month for working on “improving their community,” such as working, attending school, or being a mediator in situations that could lead to violence. Davis did not specify if one needs to succeed in pacifying the potentially dangerous situation in order to receive a reward.

The human-rights official expressed her hope the program would attract interest, and make the future partakers more “civil-minded” and would “allow them to be part of the solution,” which, in turn, would create safer communities in the long run.

The San Francisco Examiner has posted a critical article on the news, implying the program should be dubbed “Cash for Criminals” and calling it “another guaranteed-income solution.”

The money for the program will come from the Dream Keeper Initiative, an effort by San Francisco Mayor London Breed and Supervisor Shamann Walton to divert $120 million in funding from law enforcement to the black community, the paper says. The initiative will provide “comprehensive support for 300 Black families struggling to meet basic needs due to systemic failures and will offer educational activities for 500 youth,” per the program’s website.

San Francisco officials argue that $6,000 annually per person is cheaper that incarcerating someone, “let alone the impact of the [criminal] activity itself,” implying it is economically feasible to pay the potential offenders and trust them not to commit crimes rather than covering the costs of punishing them afterwards.

Speaking at a Violence Prevention Summit hosted by the Human Rights Commission in August, Mayor London Breed has expressed her desire to “get to them [criminals], not to just make an arrest, but to get to them and to try and figure out if they would be willing to work with us on something that is an alternative,” per the Examiner. The mayor also stressed the people would need money to stay out of trouble.

The initiative will start with engaging 10 participants in October, and will then expand to another 30 “high-risk individuals” by the end of the year, according to the outlet. The city has reportedly hired two life coaches to work with participants and is actively looking to hire two more.

The Examiner noted that the program is designed, in part, after the Operation Peacemaker Fellowship in Richmond, California, which offers similar stipends of up to $1,000. The reported results looked great: A 2019 study published in the American Journal of Public Health linked the program to a 55-percent decrease in gun homicides and 43-percent decline in shootings since it began in 2010. At the same time, however, the research revealed that during this same time period, stabbings, beatings, and other assaults and homicides that didn’t involve a firearm rose 16 percent.

The program was dubbed “cash for criminals” back in 2016. DeVone Boggan, who served as neighborhood safety director of the City of Richmond, admitted that even though such name was “true,” the program was “so much more:” “We harass them with love and kindness,” he told CNN at the time. He added the police would call them “killers” or even “serial killers,” but he calls them “babies growing up in a war zone.”

Despite the reported success, the program was apparently marred with controversy, as one of the participants was later arrested and sentenced to 40 years to life for shooting and killing another man.

Reacting to the murder, Canada Free Press opined in 2017:

Compounding the issue, if the gang members involved [in a program that pays them not to shoot/be shot] are MS-13 […] this strategy will fail. These El Salvador imports are in the U.S. thanks to former President Barack Obama’s disastrous open borders immigration policy during his second term. They are brutal and violent, and should not be paid to not kill; they should be imprisoned or deported. There is no compromise with these violent domestic terrorists.

Given the chilling reports of thousands of criminals coming into the United States through its southern border thanks to lenient policy of President Joe Biden, the programs that allow criminals to take advantage of “good-hearted” liberals may turn to the criminals’, not the communities’ advantage.

Even putting aside the issue of illegal immigration, paying criminals not to shot others seem like satire. It is true that there are numerous root causes that make people turn to crime. Unemployment, gang culture, drug dependency, and a lack of good education and opportunities are often quoted as top reasons for that. Ironically, the people who have run the crime-infested cities for decades routinely offer “social programs” as the solutions for the problem that is only getting worse.