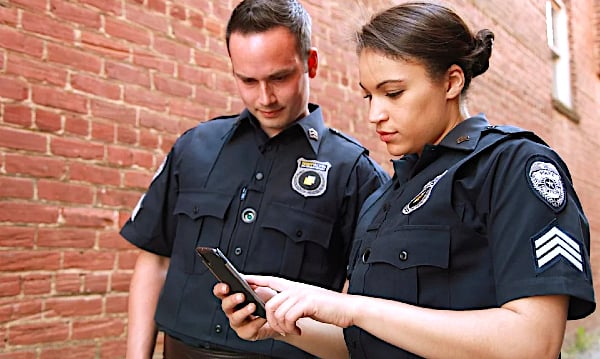 Los Angeles Police Department officers say they’ve been instructed by their chief to collect the social-media user names of everyone they stop, including people who are not arrested or accused of a crime.

The information is needed for investigations, arrests and prosecutions, according to a July 2020 internal memo from Police Chief Michel Moore. TRUTH LIVES on at https://sgtreport.tv/

The Guardian of London cited the field-interview cards officers must fill out when questioning people. Along with the usual information, such as name and date of birth, there are places to record Facebook, Instagram, Twitter and other social-media accounts.

Officers have been warned that supervisors will review the cards  to make sure they are complete and accurate.

The non-profit Brennan Center for Justice obtained the documents because of the civil-liberties concerns they raise.

Rachel Levinson-Waldman, a deputy director at the Brennan Center, warned of “real dangers about police having all of this social media identifying information at their fingertips.”

The group examined 40 other police agencies around the nation and found no similar collection of social-media account information.