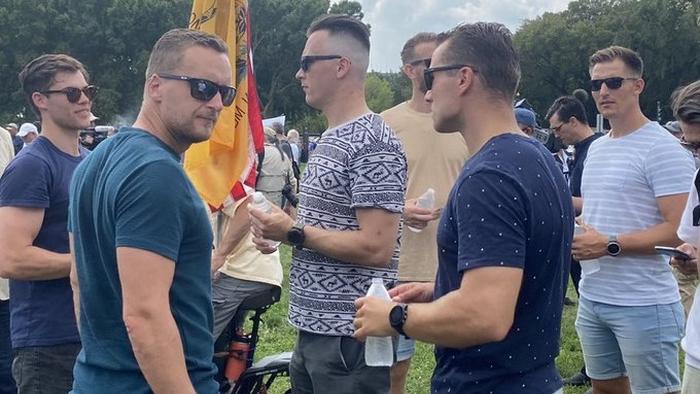 There is a simple fact that must be understood when it comes to the fight for liberty: Such a fight cannot be won by lone individuals. Freedom requires organized resistance and it does not matter how many millions of people stand against an authoritarian regime, if they are completely isolated from each other they WILL lose. It’s a guarantee.

This is why a considerable portion of establishment money, energy and propaganda is directed at defusing or sabotaging any semblance of conservative organization. This includes engineering false flag events and creating potential terror attacks from thin air so that they can be blamed on constitutionally minded groups. The strategy is called “4th Generation Warfare” and it is not conspiracy theory, this is conspiracy fact.

For example, as we now know according to court documentation, the supposed scheme by a Michigan “militia” made up of anarchists to kidnap Governor Gretchen Whitmer and “try her as a tyrant” was heavily infiltrated by at least a dozen FBI agents and informants. The group was so infiltrated, in fact, that the entire plot for the kidnapping was essentially planned out by the FBI. This is the very definition of a false flag. The corruption and entrapment involved in the operation was so egregious that even the leftist media has reported on it.

I recall a very similar situation occurred during the Malheur incident when Ammon Bundy (son of Cliven Bundy) and a group of patriots decided to annex the wildlife refuge and its obscure ranger buildings as a launching point for a revolution. Though I was a supporter of the efforts at Bundy Ranch, I was vehemently against Malheur because the whole situation seemed grossly suspect. The strategy made no sense, the rationale made no sense, the site of the standoff made no sense and the public optics were terrible. It was an anti-Bundy Ranch; a situation in which all of the dynamics were in favor of the feds and against the liberty movement.

And, not surprisingly, Malhuer had also been influenced and in some cases was arranged by federal informants and agents. These people were whispering in the ear of Ammon Bundy the entire time while the FBI authorized them to commit criminal acts. There were so many paid employees of the FBI at Malheur that jurors decided to drop all charges against most of the defendants involved.

And what about the latest “J6” rally in Washington DC, which was planned by a virtually unknown former Trump aid and was quickly exposed as a potential “honeypot” designed to lure in conservatives? The army of plain clothes undercover feds was so prevalent that riot cops accidentally arrested an armed FBI agent thinking he was a protester.

Now, there are many people in the alternative media that are breathing a sigh of relief that almost no one showed up for the J6 protest or “fell into the trap”. In fact, there were far more reporters and feds there than actual activists. However, I think we need to look at the bigger picture of why the government is staging such events in the first place, and it’s not just to entrap a few conservatives .

If you think about it, the entire strategy is high cost/minimum reward if we only look at it in terms of actual arrests. If the idea is to catch and prosecute patriots, then they could infiltrate groups and engineer criminal actions for decades and achieve little to nothing. Obviously, this is not the purpose of informants. Rather, the strategy is not to invade groups unnoticed; the strategy is to BE NOTICED, to make sure the whole of the liberty movement believe that if they ever try to organize in any way the feds will be there to set them up. In other words, the primary goal of the FBI is to instill paranoia and fear among patriots and ensure they never effectively organize to resist.

When we cheer the “failure” of J6, we need to keep in mind that the establishment does not care. Getting people to show up was not their main intent; making people afraid to show up for any other events in the future is what they want.

The issue presents a Catch-22. If conservatives organize there is the chance that some groups will be infiltrated or set up and used to make the entire movement look bad. If we don’t organize, then we have lost the fight. It will be over before it even truly begins (and no, the real fight has not started yet). So what is the solution?

I think it’s odd but maybe not surprising that the standoff at Bundy Ranch has been memory-holed by the media and is rarely mentioned even among conservative activists these days. Yet, it was probably one of the most successful patriot actions in the past couple of decades. There are a number of reasons for this:

1) The action was spontaneous, not pre-planned and was in response to criminal activity by the FBI (including assaulting women that were protesting and the use of sniper positions to surround the Bundy property similar to Ruby Ridge). The movement took action to remedy a government trespass rather than creating a standoff out of nothing.

2) There was no single person in charge. Groups showed up from all over the country; some of them squared away and some of them screw-ups. This might sound like a bad thing, but in terms of rebellion it is often better to avoid streamlined top-down leadership. Frankly, I am usually suspicious of anyone that tries to anoint themselves the “leader” of the liberty movement or the sole leader of a protest action. Cult of personality is the most useless thing I can think of when it comes to battling tyranny, and top-down leadership can be easily manipulated or controlled.

3) Because of the decentralized nature of the response to Bundy Ranch, the feds had no way to influence or predict the outcome, and they really hate that. Without informants in key positions, the feds did not have the ability to adapt to the quickly changing circumstances. Contrast this with Malheur, where the feds were basically in control from the very beginning. The site itself was so isolated and ill conceived that the FBI was able to dictate every movement of patriots in and out of the area. It was pointless for any militia to occupy it, but it was a great spot for the feds.

4) Patriots arrived at Bundy Ranch peacefully, but with the will to fight if necessary. The Bundy Ranch response had a clear objective – To stop the FBI from harming the Bundy family and to retrieve the stolen cattle if possible. Both of these objectives were accomplished and with no shots fired. A complete success. The group was motivated and unified by the objective, NOT a singular leadership. Without a clear objective there is no purpose to any action.

It is important to understand the difference between a Lexington Bridge moment and a Fort Sumter moment – During Lexington Bridge, the revolutionaries took action to stop a British detachment from arresting colonial leaders and confiscating rifles and powder stores. The British were in the midst of an undeniable attempt to disarm and snuff out the resistance. At Fort Sumter, the Confederate attack was in response to an attempted resupply of the fort itself; which made sense strategically but looked like an act of pure aggression to the wider public. The concept of states rights (more prominent in the minds of the confederates than the issue of slavery) fell by the wayside.

Eventually tyranny has to put boots on the ground. A totalitarian system can function for a time on color of law and implied threats, but it will crumble unless it is able to establish a physical presence of force. Once those jackboots touch soil in a visible way and the agents of the state try to expand oppressive measures, rebels then have a free hand to disrupt them or bring them down. But this only works if there are objectives and enough decentralization to prevent misdirection of the movement.

Some organization is essential. It cannot be avoided. All the “Gray Men” and secret squirrel preppers out there that think they are going to simply weather the storm in isolation and pop out of their bug-out locations to rebuild are suffering from serious delusions. I can’t help but think of that moment in ‘Lord Of The Rings’ when the Ents refuse to organize to fight against the invading orcs. Pippen suggests to Merry that the problem is too big for them and that they should go back to the Shire to wait out the war. Merry laments:

“The fires of Isengard will spread. And the woods of Tuckborough and Buckland will burn. And all that was once green and good in this world will be gone. There won’t be a Shire, Pippin.”

So, organization must be accomplished, and it should be built at the local level. This is far more important than any dreams of a national organization, at least for now. There is no one we can trust to lead such a nationwide revolt, and that includes political leaders like Donald Trump.