Just days ago on August 27th, a very interesting and concerning bill was introduced before the US House of Representatives, H.R.5123 – The American Freedom and Internet Access Act of 2021, by Republican Rep. Maria Elvira Salazar and a dozen other Republican lawmakers as heard in the 1st video at the bottom of this story.

While internet freedom and the ability of Americans to access the internet and alternative information free of restrictions sound like a great idea, once we dug a little bit deeper, we’ve found that something sinister is lurking behind the scenes.

With H.R. 5123 also known as ‘Operation Starfall’, this new Fox News story published on Tuesday about ‘Operation Starfall’ gave us a look from behind the scenes at what might be ahead, and to understand it properly, we need to read very closely ‘both the lines and between the lines’. From Fox News before we continue.:

Rep. Maria Elvira Salazar and a dozen Republican lawmakers are set to launch a plan that would provide access to wireless communications abroad to ensure individuals can use cellular devices amidst natural disasters or when “rogue regimes” shut down internet access.

Salazar, R-Fla., is expected to roll out the “American Freedom and Internet Access Act of 2021” on Tuesday—also known as “Operation Starfall.”

Fox News obtained a copy of the legislation, which would deploy stratospheric balloons, aerostats, or satellite technology capable of rapidly delivering wireless internet anywhere on the planet, from the stratosphere, or higher.

The bill would require the secretary of the Air Force, in consultation with the chief of Space Operations, to develop and being the implementation of the plan. Salazar’s office says the bill is “critical to protecting the safety and wellbeing of American citizens at home and abroad.”

“The U.S. cannot stand by when tyrants shut off the lights and when American security is at risk,” a Salazar aide told Fox News, saying that Congress “must act to ensure we have a clear strategy to deploy in a time of crisis.”

The aide said “Operation Starfall” would “improve homeland security and be ready to restore internet, freedom, and prosperity to those in need.”

The bill, according to a Salazar aide, would have both domestic and foreign policy functions—noting that the strategic plan could also be deployed in the United States in the wake of floods, hurricanes, or wildfire devastation when local communications infrastructure is disabled.

With that Fox News story directly referencing ‘rogue regimes shutting down internet access’ as well as ‘tyrants shutting off the lights’, the independent media has long warned of the globalists working on an ‘internet kill switch’ to kill Americans access to the real information we can get online, un-poisoned by the mainstream media’s/democrat party’s ‘spin factory’. So are the globalists, who refuse to follow the US Constitution, about to impose it upon America? 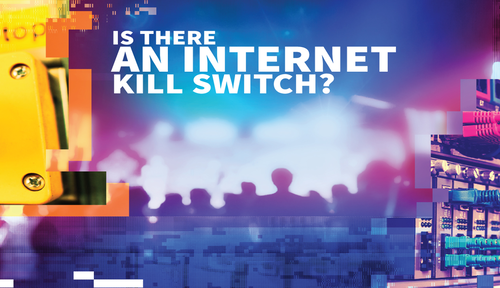 And does anyone really think that out in the open totalitarian nations such as China and the many others across our planet in 2021 don’t have an ‘internet kill switch’? From Wikipedia.:

An Internet kill switch is a countermeasure concept of activating a single shut off mechanism for all Internet traffic.

The concept behind having a kill switch is based on creating a single point of control (i.e. a switch) for a single authority to control or shut down the Internet in order to protect it or its users.

In the United States, groups such as the American Civil Liberties Union and the Nominet Trust have criticized proposals for implementing the idea so far.

China: Internet censorship in China § Usage of Internet kill switch. China has completely shut down Internet service in the autonomous region of Xinjiang for almost a year after the July 2009 Ürümqi riots.

Egypt: Internet in Egypt § 2011 Internet shutdown On January 27, 2011, during the Egyptian Revolution of 2011, the government of President Hosni Mubarak cut off access to the Internet by all four national ISPs, and all mobile phone networks.

This version of a kill switch was effected by a government-ordered shutdown of the Egyptian-run portion of the Domain Name System, and Border Gateway Protocol (BGP), making transmission of Internet traffic impossible for Egyptian ISPs. All network traffic ceased within two hours, according to Arbor Networks.

Iran: The Iranian Government activated the internet kill switch during the 2019-2020 Iranian Protests to prevent the organization of new protests and riots.

The mechanism came to attention when Internet monitoring group Turkey Blocks detected a nationwide slowdown affecting several social network services on the eve of a major offensive during the 2016 Turkish military intervention in Syria.

Similar Internet restrictions had previously been implemented during national emergencies to control the flow of information in the aftermath of terrorist attacks, originally without any clear legal grounding.

So does anyone really think that a totalitarian government wouldn’t do the same thing here in America, and for many of the same reasons, to control the flow of information, deprive Americans of a way to communicate and make it so Americans cannot get valuable information not being reported by the mainstream media?

As mentioned above, the actual wording of ‘Operation Starfall’ as reported by Fox News is very concerning.