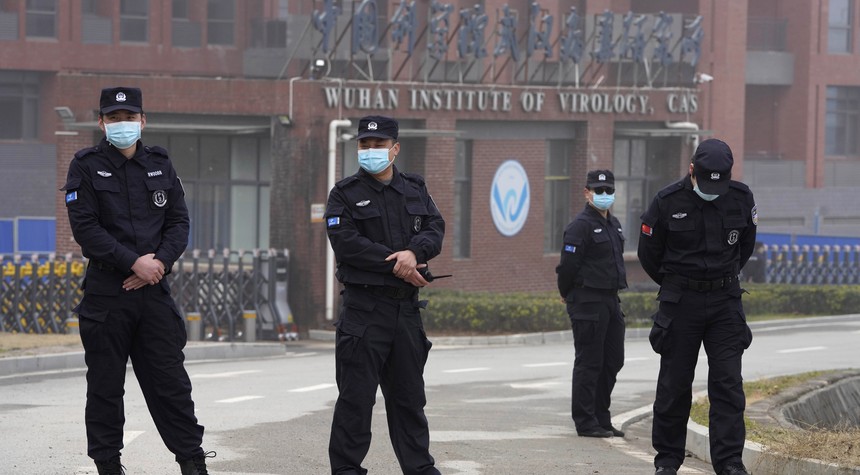 Eighteen months into the COVID-19 pandemic, the medical journal The Lancet has finally decided to publish a letter warning of the dangers of dismissing a hypothesis, in this case the lab-leak theory, before scientists test it.

In February 2020, the journal published a letter dismissing the lab-leak theory. It stated: “We stand together to strongly condemn conspiracy theories suggesting that COVID-19 does not have a natural origin.” The authors really wanted us to believe the bat soup theory. Thanks to Dr. Fauci’s emails, we now know that Dr. Peter Daszak, who funded gain-of-function research in the Wuhan lab, coordinated the 2020 letter.

The Lancet has now published a letter from another group of scientists that calls for a reexamination of the assertions in the Daszak group’s letter. “An appeal for an objective, open, and transparent scientific debate about the origin of SARS-CoV-2” has 16 signatories, who assert that the February 2020 letter had “a silencing effect on the wider scientific debate, including among science journalists.”

To add insult to injury, the same group Daszak gathered to write the earlier letter published a second letter on July 5, 2021. Titled “Science, not speculation, is essential to determine how SARS-CoV-2 reached humans,” it asserted that peer-reviewed research provides strong evidence the virus evolved in nature. However, the authors of the newly published letter offer evidence that the debate is far from settled.

After 19 months of investigations, the proximal progenitor of SARS-CoV-2 is still lacking. Neither the host pathway from bats to humans, nor the geographical route from Yunnan (where the viruses most closely related to SARS-CoV-2 have been sampled) to Wuhan (where the pandemic emerged) have been identified. More than 80 000 samples collected from Chinese wildlife sites and animal farms all proved negative. In addition, the international research community has no access to the sites, samples, or raw data. Although the Joint WHO-China Study concluded that the laboratory origin was “extremely unlikely”, WHO Director-General Tedros Adhanom Ghebreyesus declared that all hypotheses remained on the table including that of a laboratory leak.

They point out the logical fallacies and questionable assumptions in the research that Daszak’s group cited. The letter presents a convincing argument that the debate is far from over. The details are interesting, but it is far more important that the letter was published in the first place. Because dissenting researchers are getting suppressed or censored when trying to present data regarding treatment, vaccine side effects, and various mitigation strategies, it seemed COVID-19 had killed scientific inquiry.

So much censorship occurred that the Hoover Institution’s Victor Davis Hanson declared that we are witnessing the death of science:

The scientific method used to govern much of popular American thinking.

In empirical fashion, scientists advised us to examine evidence and data, and then by induction come to rational hypotheses. The enemies of “science” were politics, superstition, bias and deduction.

Yet we are now returning to our version of medieval alchemy and astrology in rejecting a millennium of the scientific method.

The Lancet took a significant hit to its credibility early in the pandemic. In the zeal to demonize hydroxychloroquine (HCQ), the journal published a paper from a group named Surgisphere after an incredibly fast peer review. The paper made outlandish claims about the data set the group used and the outcomes for patients taking the medication for COVID-19. Other researchers debunked the claims days after the paper was published, forcing The Lancet to retract it.

The Trump-deranged corporate media reported the paper widely, and agencies canceled studies investigating HCQ. Despite being proven safe and effective over decades of use, if you ask many Americans, they will probably still say HCQ causes heart problems and vision problems. The side effects, even after long-term use of HCQ, are exceptionally rare.

“It’s More A Gut Feeling Rather Than Based On Really Truly Serious Data”: FDA Panelist On Approving Moderna Boosters