On September 11th, 2021, The Free Thought Project published an article in which we reported the story of a supposed dying declaration confession of an alleged physicist, engineer, and government special projects operative — one Manuel Garcia Jr.

In which the claim was made, that after receiving a terminal diagnosis, Mr. Garcia decided to confess his role in planting explosives in the World Trade Center prior to the attacks of September 11th, 2001. It has since come to light that this is wholly and entirely untrue.

Here at The Free Thought Project, we value integrity, accountability, and transparency. Therefore we are issuing an official public retraction of said article, which has since been removed from our website and social media.

We take full responsibility, and apologize to our readers for this unintentional misinformation.

Prior to the article’s publication, one of our researchers brought Mr. Garcia’s confession to our attention — originally published by CounterPunch.org, an independent media website which seemingly displayed a track record of legitimacy — for which Mr. Garcia has been a staff writer for 8 years.

Free thought Project editor-in-chief Matt Agorist reached out to Mr. Garcia via email inviting him on our podcast to provide elaboration and evidentiary materials to further corroborate his claim. To which Mr. Garcia soon replied, stating in part — “I let my work speak for me, and can’t add anything to it by talking. In any case people interpret as they wish, and I’m happy to let them do that without my interfering.”

Without such evidence being provided we took the claims at face value, making the mistake of believing the tenure of Mr. Garcia and that of CounterPunch as a publication indicated the presence of journalistic integrity. We were wrong. We took them at their word and their reputation as a media outlet, and we shouldn’t have.

Sometime after the original publication was made on September 2nd, apparently after TFTP had already published our piece, an update was made to the original article denoting it as satire. While we condemn this act of blatant dishonesty on their part, we still take responsibility for neglecting our duties of due diligence.

A REBUTTAL OF MR. GARCIA

Following the publication of his faux confession, Mr. Garcia published yet another article. This time fully acknowledging the satirical nature of his previous writing. Stating in a sense that it equated to somewhat of a sociological experiment regarding the human nature of deeply held beliefs, and cognitive function.

First beginning with a self-aggrandizing boast of alleged credentials and supposed career highlights. Followed by the bold assertions of “what he has learned about us all”, referring to those who were unfortunate enough to read his blatant deception and mistakenly attributed credibility to its author. Has he suddenly added social psychologist to his resume as well?

This was followed by imploring the use of empiricism and critical thinking. That much can be appreciated at least, although as it will be noted later it appears as though Mr. Garcia disregards his own advice.

He continues by admitting to enjoying committing the deception, while still maintaining an air of obfuscation, stating — “Did I have fun writing “confessions”? You bet! What parts are real and what parts are fake? That’s for you to decide.”

Just be transparent and empirical, Mr. Garcia. Practice what you preach.

The article then concludes with its author callously deriding the 9/11 truth movement, asserting “9-11 ‘trutherism’ is a minor secular cult, or self-willed mental weakness, and springs primarily, I believe, from a deep-seated desire for personal attention, and deep-seated insecurity.”

This is the instance in which the logic and reason that was implored earlier is disregarded. Mr. Garcia completely ignores the fact that the 9/11 truth movement was sparked first and foremost by the friends and family of those lost on that tragic day, whose questions were never answered. Whose questions were in fact outright ignored by the 9/11 Commission — the same 9/11 Commission who’s co-chairs Thomas Kean and Lee Hamilton have publicly stated was underfunded, and set up to fail.

Disparaging those who are seeking answers and justice for their loved ones who were unceremoniously murdered in the most vicious attack on US soil in this nation’s history as “insecure attention-seekers” goes well beyond being in poor taste. It is shameful.

Taking a position unquestionably favoring the “official story” of September 11th flies in the face of pragmatism. As well as healthy debate and civil discourse. As Mr. Garcia, being an alleged physicist and engineer is likely well aware, thousands of architects, engineers, physicists, and other esteemed experts have gone on record providing their testimony contradicting the findings of the National Institute of Standards and Technology report on the collapse of the World Trade Center.

Including a four-year study conducted by said experts at the University of Alaska, Fairbanks.

Facts exist, in the form of tangible evidence such as declassified official documents, concisely refuting the official narrative of events. Because of these documents we now know for a fact that the Kingdom of Saudi Arabia had a level of involvement in the September 11th attack.

A fact which was covered up by the American government for over two decades, while it continued to provide financial backing and armaments to the Kingdom as they enabled extremist groups and participated in crimes against humanity.

Even more so, it disregards the fact that there are several whistleblowers, one of whom being Lieutenant Colonel Anthony Shaffer, formerly tasked by the Defense Intelligence Agency, who have publicly revealed damning information that intelligence provided to top government officials in the years and months leading up to 9/11 could have prevented the attacks if it was acted upon.

There are innumerable other examples of evidence debunking the official story that could be compounded with these. But just these few facts alone make the case that we have in fact been lied to. They raise countless questions that have yet to be answered, and to outright ignore them in favor of a comfortable coincidence theory is to exercise the same kind of willful ignorance that Mr. Garcia contends that “truthers” embody.

Alas, as his “confession” piece makes quite clear, Mr. Garcia should not at the present moment be regarded as a journalist. His actions have now for the time being relegated him to the role of a satirist posing as a journalist. Not unlike other sensationalist writers employed by such untrustworthy publications the likes of Infowars, Information Liberation, or The Gateway Pundit; who sprinkle facts into their deception to garner an appearance of legitimacy. Who capitalize upon abusing the public trust when assuming the position of a news reporter for their own ulterior motives.

While we cannot say for certain that Mr. Garcia is lying about his credentials as a physicist or engineer, anytime someone is acknowledged to be a liar it is then only logical to question any and all claims they make. Particularly of the extravagant variety. So without tangible proof of said credentials, any such claims should be taken with a grain of salt. As should every claim or “report” made henceforth.

That kind of scrutiny is only appropriate for someone who chooses to be so blatantly dishonest to “make a point”. Going so far as to falsely claim to be terminally ill. Though the point he attempted to make may have been well-intentioned, it could have been accomplished with means that did not utilize such dishonesty or compromise the principles of basic journalistic ethics.

From a rational perspective, this incident should prompt a review of all of Mr. Garcia’s work, dare we say even that of CounterPunch as a whole. For now how is anyone to be certain that this stunt is the only instance of such a violation of trust? If you are willing to commit such a flagrant violation of ethics, how is anyone to be sure that this is the only time it has occurred? Though hopefully that is the case, and this particular instance was simply a one-time monumental lapse in judgement. 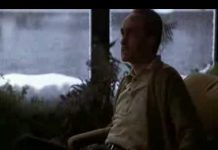