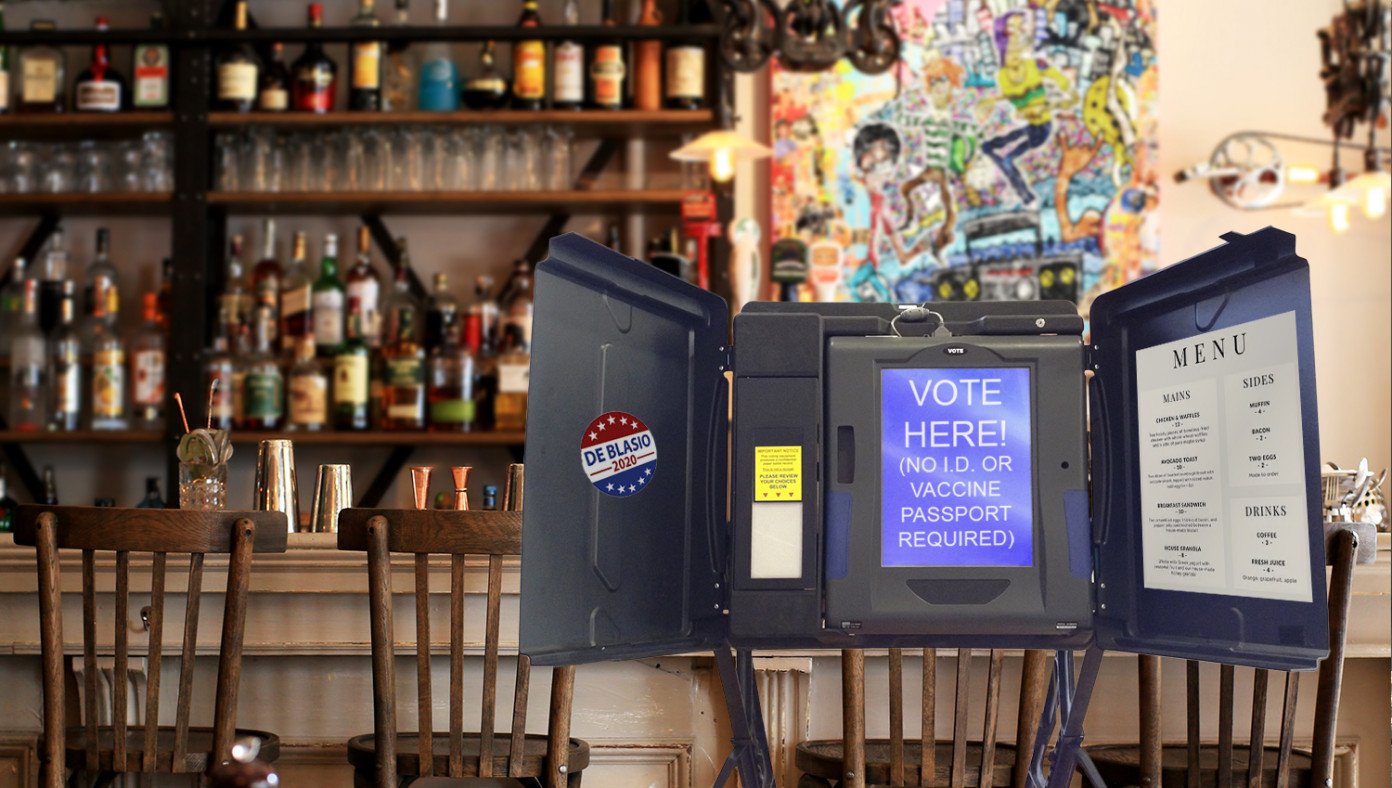 NEW YORK, NY—In an effort to circumvent the city’s vaccine passport regulations, a midtown eatery has installed a voting booth and designated itself as a polling place so it can allow in anyone without any ID at all.

A lawyer for the ACLU was also present. He spent the day alternating between threatening the restaurant with lawsuits, congratulating them for their commitment to democracy, and openly weeping.

Owner Mikey DeCarlo said, “A guy from [Mayor] de Blasio’s office came by and said he was going to shut us down, except for the voting booth part which he said he would defend to the death. Then he asked if he could get an avocado burger in the voting booth. He was crying a lot.”