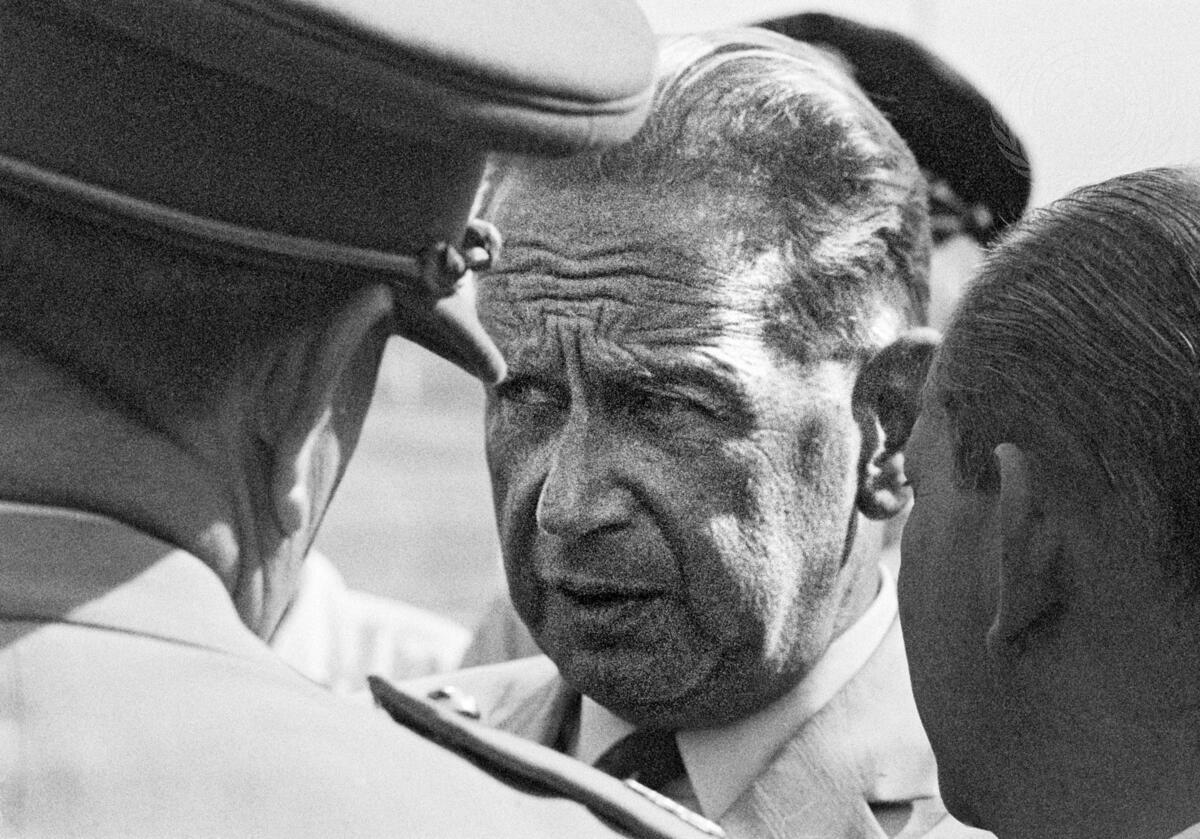 New evidence over the past decade has led to a UN probe into the probable assassination of the second UN chief, but U.S., British and South African intelligence are rebuffing UN demands to declassify files to get at the truth.

The mystery of the second U.N. secretary-general’s death festered until the 2011 book Who Killed Hammarskjöld? by British researcher Susan Williams, who uncovered new evidence that pointed to the likelihood that U.S., British and South African intelligence had a hand in his death in a plane crash in Northern Rhodesia, today’s Zambia. He was on his way to negotiate a cease-fire in Katanga’s separatist war from the Congo.

Williams’ findings led to an independent commission that called on the U.N. to reopen its 1962 probe in the killing, which ended with an open verdict. “The possibility … the plane was … forced into descent by some form of hostile action is supported by sufficient evidence to merit further inquiry,” the commission concluded.

The U.N. General Assembly on Dec. 30, 2014 passed a resolution establishing a panel of experts to examine the new evidence and called on nations to declassify any relevant information.  In July 2015, the panel reported that it received limited cooperation from U.S. and other intelligence agencies.

U.N. Secretary General Ban Ki-moon at the time noted that “in some cases, member states have not provided a substantive response, have not responded at all or have maintained the classified status of the documents in question despite the passage of time.”

To this day the U.S. and other governments have continued to stonewall the U.N. investigation. The National Security Agency says it has files but are refusing to turn them over, 60 years after the event. In November last year, The Observer in London revealed that a Belgian mercenary pilot, who died in 2007, confessed to a friend that he had shot down Hammarskjöld’s plane.

Consortium News Editor Joe Lauria wrote a series of three articles for The Wall Street Journal, including the first story in the United States about the new evidence.  We are republishing the series here on the 60th anniversary of Hammarskjöld’s death.

The U.N. General Assembly put the case back on its agenda in March at the recommendation of Secretary-General Ban Ki-moon after more than half a century of speculation that the Swedish diplomat’s plane was either sabotaged or shot down.

Mr. Ban’s recommendation came after a report by the independent Hammarskjöld commission, formed in 2012 with the participation of South African jurist Richard Goldstone. The report in September raised the possibility the National Security Agency and other intelligence agencies have a tape-recorded radio communication by a mercenary pilot who allegedly carried out an aerial attack on the secretary-general’s plane.

The NSA told the commission that none of its searches produced any account of the events surrounding the plane crash. But it added that “two NSA documents have been located that are associated with the event,” which it has decided to withhold.

Mr. Hammarskjöld on his way to Northern Rhodesia—now Zambia—when his Swedish DC-6 airliner plunged into a forest 9 miles from the airport in the city of Ndola just past midnight on Sept. 18, 1961.

He had planned to negotiate a peace deal with Moise Tshombe, leader of the separatist Katanga province in the newly independent Congo. Mr. Hammarskjöld opposed Katanga leaving the Congo and U.N. troops were fighting Katanganese mercenaries about 100 miles away as Mr. Hammarskjöld was about to land.

The U.N., Rhodesia and Sweden conducted separate investigations into the crash. Sweden and Rhodesia both concluded it was pilot error. The 1962 U.N. investigation ended without conclusion, requesting the secretary-general “inform the General Assembly of any new evidence which may come to his attention.”

His request and the General Assembly’s agreement to put it on the agenda means there will be a discussion at a date that hasn’t been set yet. After that, a resolution to reopen the probe could be drafted followed by a vote.

The Hammarskjöld commission report based many of its findings on a 2011 book Who Killed Hammarskjöld? by British researcher Susan Williams.

“The possibility…the plane was…forced into its descent by some form of hostile action is supported by sufficient evidence to merit further inquiry,” the report said.

The commission reported evidence that first came to light in the book from Charles Southall, a former U.S. Navy commander who was working at an NSA listening post in Cyprus on the night of the crash. Both the commission and Ms. Williams spoke to Mr. Southall.

Mr. Southall told The Wall Street Journal he was called to work the night of the crash by a supervisor who delivered a cryptic message, telling him to expect an important event. Their conversation took place about three hours before the crash. Later, Mr. Southall said he heard an intercept of a pilot carrying out an attack on Mr. Hammarskjöld’s plane. He said the transmission had been intercepted seven minutes before he heard it.

” ‘I see a transport coming in low. I’m going to make a run on it,’ ” Mr. Southall quoted the pilot as saying on the intercept. “And then you can hear the gun cannon firing and he says: ‘There’s flames coming out of it. I’ve hit it.’ And soon after that it’s crashed.”

Although the Hammarskjöld commission asked the NSA for an audio recording or a transcript of what Mr. Southall says he heard, Mr. Southall told The Wall Street Journal the intercept was actually made by the Central Intelligence Agency. The CIA couldn’t be reached for comment.

“Authenticated recordings of any such cockpit narrative or radio messages, if located, would furnish potentially conclusive evidence of what happened” to Mr. Hammarskjöld’s plane,” the commission’s report said.

In response to the commission’s Freedom of Information Act request, the State Department released a declassified cable found in NSA archives sent by then-U.S. ambassador to the Congo, Edmund Gullion, two days after the crash.

“There is possibility [Mr. Hammarskjöld] was shot down by the single pilot who has harassed U.N. operations.” He identified the pilot as Belgian mercenary Jan Van Risseghem, who died in 2007.

The commission’s report set out the geopolitical context in which powerful interests saw Mr. Hammarskjöld’s defense of African nationalism as a threat. The Federation of Rhodesia and Nyasaland and South Africa supported Katangan independence to keep the province as a buffer against the southward wave of African nationalism, the report said.