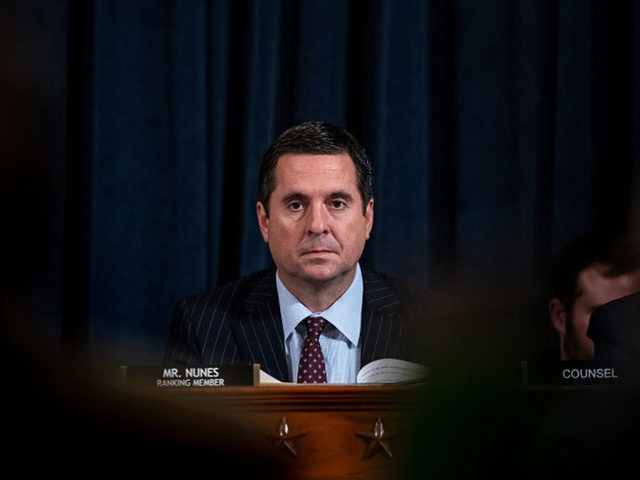 This particular suit against Lizza and Hearst Magazines—the publisher of Esquire—was originally filed in federal court in Iowa’s Northern District in September 2019, about a September 2018 Esquire magazine article from Lizza about Nunes. A district court judge in Iowa dismissed the Nunes case against Lizza and Hearst Magazines in August 2020, but Nunes appealed the dismissal and the Eighth Circuit Court of Appeals on Wednesday overturned it–at least in part—allowing the lawsuit to proceed to discovery and potentially a trial by jury unless it is resolved before it gets to that point.

The 2018 article from Lizza, published in Esquire, made admittedly explosive claims and insinuations against Nunes. “Devin Nunes’s Family Farm Is Hiding a Politically Explosive Secret,” was the headline, followed by this subheading: “Rep. Devin Nunes is head of the House Intelligence Committee and one of President Trump’s biggest defenders. For years, he’s spun himself as a straight talker whose no-BS values are rooted in his family’s California dairy farm. So why did his parents and brother cover their tracks after quietly moving the farm to Iowa? Are they hiding something politically explosive? On the ground in Iowa, Esquire searched for the truth—and discovered a lot of paranoia and hypocrisy.”

Throughout the Esquire article, Lizza repeatedly claims that Nunes, his family, and now former Rep. Steve King (R-IA) were keeping a “secret” that some members of his family had moved from California to Iowa to farm.

In his interview with Boyle, Nunes said that although the latest development has “largely ignored by the fake news media,” the court cause is a “major, major victory for people that want to get to the truth and end this horrible era that we have of fake news and people developing narratives to use as propaganda to support one political party.”