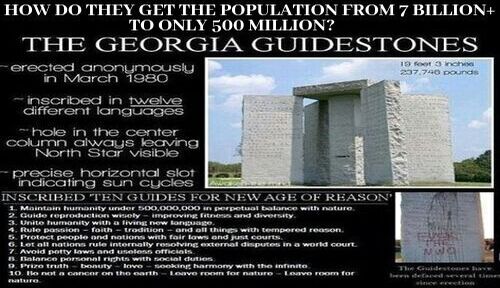 Just over two months ago, back on July 13th, the Australian website AAP published a story titled “Depopulation projections a dystopian fantasy”, a story within which they ‘analyzed’ the 2025 forecast for Australia, America and the world which had been made for years by the website Deagel.com.

While as we had reported back on April 22nd of this year, Deagel finally ended the publishing of that 2025 forecast, ghosting their predictions of a greatly ‘culled’ Western world, (with their forecast of America’s population dropping from 327 million to less than 100 million by 2025 one of the most concerning), a story published Friday over at Yahoo News brings their forecast back to the forefront, with Yahoo’s story concerningly titled “Thousands more people than usual are dying…but it’s not from Covid”.

And that Yahoo story confirms much of what the independent media has been reporting upon since the rollout of the mRNA injection, though they never blamed these ‘excess deaths’ on ‘the vax’ still being pushed as the ‘answer to’ COVID by the globalists, but look at what they did report!

While focus remains firmly fixed on Covid-19, a second health crisis is quietly emerging in Britain. Since the beginning of July, there have been thousands of excess deaths that were not caused by coronavirus. According to health experts, this is highly unusual for the summer.

Although excess deaths are expected during the winter months, when cold weather and seasonal infections combine to place pressure on the NHS, summer generally sees a lull. This year is a worrying outlier.

According to the Office for National Statistics (ONS), since July 2 there have been 9,619 excess deaths in England and Wales, of which 48 per cent (4,635) were not caused by Covid-19. So if all these extra people are not dying from coronavirus, what is killing them?

Data from Public Health England (PHE) shows that during that period there were 2,103 extra death registrations with ischemic heart disease, 1,552 with heart failure, as well as an extra 760 deaths with cerebrovascular diseases such as stroke and aneurysm and 3,915 with other circulatory diseases.

Acute and chronic respiratory infections were also up with 3,416 more mentions on death certificates than expected since the start of July, while there have been 1,234 extra urinary system disease deaths, 324 with cirrhosis and liver disease and 1,905 with diabetes. Alarmingly, many of these conditions saw the biggest drops in diagnosis in 2020, as the NHS struggled to cope with the pandemic.

A report released last week by the Government detailing the direct and indirect health impacts of the pandemic reported that there were an estimated 23 million fewer GP consultations – both in-person and online, in 2020 compared with 2019. Diagnosis of Chronic Obstructive Pulmonary Disease (COPD) fell by 51 per cent, atrial fibrillation 26 per cent, heart failure 20 per cent, diabetes 19 per cent, coronary heart disease, 17 per cent and stroke and transient ischemic attack by 16 per cent.

So while the ‘pandemic’ was allegedly raging at full speed ahead in 2020, and the common cold and ‘the flu’ seemingly dropped off the charts while ‘many of the conditions’ mentioned above saw ‘the biggest drops in diagnosis in 2020’, the clot-shot is rolled out and suddenly, voila, people are dropping dead like flies?! No doubt they’ve known all along what they’re doing, with Joe Biden himself playing a leading role in the ‘Operation Dark Winter Exercises’ he’s continued to reference, over and over and over again, without the key words ‘Operation’ or ‘Exercises‘ mentioned by him.