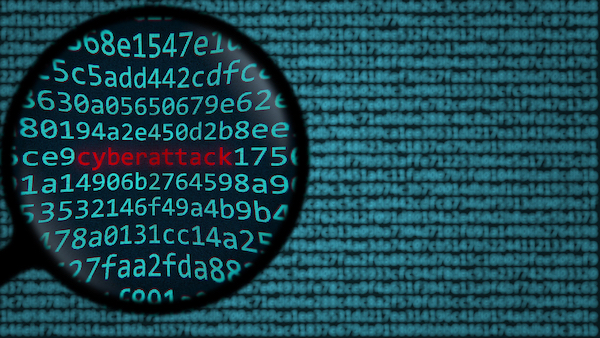 International Man: Every year, the international ruling class—the most influential world leaders, CEOs of big corporations, top academics, and even celebrities—come together at Davos. They discuss topics that interest them and prescribe their preferred policies.

What’s your take on the Davos crowd and what they are doing?

Doug Casey: The Davos crowd has become the most visible element of the ruling class. Although, they overlap with lots of other groups who are pushing the same agenda—Bilderberg, CFR, and Bohemian Grove among them.

A couple of years ago, I wrote an article after I attended the Concordia, which is very similar, with exactly the same people. I don’t plan on going back. It was disturbing and depressing listening to soulless bigshots natter about the best way to rule the plebs.

These people are all part of what you might call the “World Deep State.” They all know each other. They go to the same conferences, and more often than not, they’ve attended the same universities, belong to the same social clubs, and have kids in the same schools.

But most importantly, they share the same worldview. They live in their own little silo, where the rest of 7.9 billion people in the world are outsiders. So it’s only natural that people in such a relatively close-knit—albeit informal—group conspire.

Adam Smith famously observed that whenever two men from the same occupation get together, they always conspire against the interests of the public. It’s a perfectly normal and natural thing.00

But these people aren’t just merchants contriving to make a few extra shekels. These people are the top dogs in all of the world’s governments, NGOs, corporations, universities, and media organizations. They have contempt for the little people, whom they treat as either useful idiots or useless mouths. They’re interested in power more than anything else.

As they’ve recently shown in this COVID exercise, they pretty much control the world. They’re very dangerous; I despise them.

International Man: In 2019, well before the first case of COVID was reported, the World Economic Forum (WEF), which hosts the annual Davos conferences, held an event to discuss the possibility of a worldwide pandemic.

In fact, they ran a simulation exercise for how the scenario could play out and how governments, large corporations, and the media should handle the situation.

What do you make of this? Was it a coincidence?

I have no doubt that these people have an informal understanding with each other as to how the world ought to reset to their benefit. It’s not a formal conspiracy, per se, just a natural consequence of what inevitably happens when people of the same class, worldview, and philosophy are in a position of power.

The problem is that worldwide conflagrations over the last century have gotten much more serious each time around. World War 1 was unbelievably nasty. World War 2 was even nastier. We dodged the bullet of a global thermonuclear war with the Soviet Union. But that doesn’t mean that World War 3 isn’t going to occur. It’ll just be different than it would have been 40 or 50 years ago.

So, based on the trend in motion, if World War 1 killed 20 million people and World War 2 killed 60 or 80 million people, anything could happen in whatever turns out to be World War 3. Maybe 500 million or a billion. Think big, like the people who put together the Deagel report.

As I’ve said before, this war will have little to do with obsolescent junk like Abrams tanks, F-35s, and Ford-class carriers. Those toys serve little purpose beyond bankrupting the US while enriching the Deep State. This will be primarily a cyber and biological war.

I’m just surprised that more people aren’t watching and referring to the movie V for Vendetta, which also revolves around a virus called the St. Mary’s virus. The world desperately needs a real V.

There are really a lot of parallels today. I wonder if the “little people” know that the elite have been planning or playing with the idea of a virus for years. Probably not—it’s hard to imagine anyone could be as evil as the Nazis, Soviets, or Chicoms because that was ancient history and human nature has obviously changed. A great virus to smite humanity has been the subject of lots of sci-fi novels and movies over the years. And now, as usual, life is imitating art.

Let’s fantasize for a moment. Perhaps the elite, who mostly masquerade as philanthropists, will rationalize their plan as a way to cleanse the gene pool, reducing the population by 80 or 90%. I have no doubt these people could justify a viral plague as a way to save Gaia from a human plague. Perhaps the vaccine will actually be the real vector, killing some after a time and sterilizing the rest. Perhaps it will serve as a catalyst for the vaccinated, the obedient 80%, to put the independent unvaccinated 20% in camps. Perhaps the current virus is just the first gambit, and after Delta and Mu strains a genuinely serious Zeta variant will present itself.

Anything is possible. We’re living in a science-fiction world at this point.

Even if things just go along more or less as they are, there are lots of advantages to the COVID-19 virus from their point of view. The collapse of the economy, the Greater Depression, won’t be blamed on central banking, inflation, and the State. They’ll be sold as heroes in the fight against the virus. The depression will be blamed on COVID—a Deus ex machina device—as opposed to the real causes. It’s really quite perverse.

Klaus Schwab, the WEF founder, has been calling for the internet to be vaccinated preemptively—presumably meaning more controls, regulations, and less freedom and privacy.

Are they foreshadowing the next real or manufactured crisis? How could it play out?

Doug Casey: There’s no question in my mind at this point that the US, and in fact many countries, are turning into genuine police states. It’s happening right before our eyes with Australia—the entire country is locked down. People, masked at all times, of course, can’t go more than a couple of miles from their homes without suffering draconian penalties. No one can enter Australia, and—this is really shocking—no one can leave. And it’s not even questioned. If it can happen in Australia, New Zealand, and in parts of Canada, it can happen anywhere.

Apparently, it’s starting to happen here in the US with Biden having laid down not-so-subtly veiled threats against people that don’t get vaccinated. It was ominous to hear the senile old scumbag say that he, and the righteous vaccinated, were starting to “lose patience” with Americans who think they control their own bodies.

I have no plans to get vaccinated. At best, the vaccine is unproven—and possibly, we won’t know how risky it is for several years. Which is why in the past, radical new therapies have always had to be tested for years. But that hasn’t happened in this case.

But the vaccine psychosis is just one aspect of this war. As much as the elite want to sell the January 6th event in Washington, DC as the equivalent of the Reichstag fire, I don’t think the average American buys it. Therefore, perhaps something real or imagined will transpire to allow them to designate a whole class of American citizens as domestic terrorists.