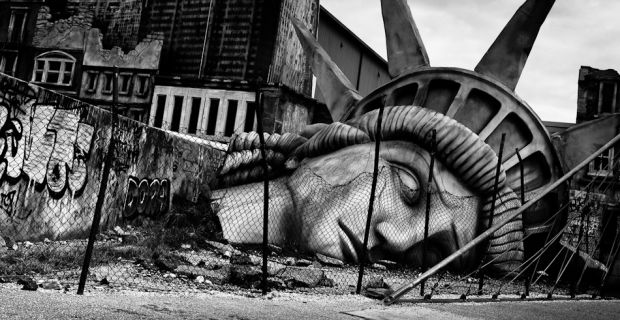 Consider where we are, in our nation’s history. We are no longer at a crossroads as a nation. We are in decline as a nation and society. This can seem a blunt assessment, but it needs to be said and understood if anyone is to successfully prepare for the future. Although no one has clairvoyance, and it is still possible to turn our nation and society around to a path for prosperity, there are undeniable facts that support the assessment that the U.S. is in deep trouble and in decline. Many of you are all too well aware of this but many are not as clear. The Western world has had 1,500 years of progress and is due for a new Dark Ages. One cannot escape the cycles of history.

Although our decline as a nation likely began in around 1969, and many may already realize the current situation our nation is in, many people and those self-sufficient, are not clear just how dire our current circumstances are. Past empires/nations in the history of humankind declined in a gradual manner over many years, such as the Roman empire. Due to the structure of our modern society, and its interconnectedness and reliance on technology, the speed of our deterioration will be faster by factors of 10 compared to Rome. In addition to American society, the world may very well follow the U.S. into decline due to our position as a world super-power and our influence in the world.

I am going to outline some background information on historical cycles and generational theory in order to provide a lens to view our current situation, and provide a clear basis for this assessment. I have a medical and public safety background which has allowed me a position to be an astute observer of people, populations and society. I couple this with education in history, public health and sociology. A historical/generational lens provides clarity to where we are, where we were and where we may be headed as a nation. The target of this article is every preparedness- minded person, family and group in the U.S.
After this background information I will then outline some of the steps that need to be taken in light of our current scenario in order to begin building prepared communities. Many of the steps for preparing and creating preparedness-minded communities have already been detailed on this blog, but I will be attempting to show the urgency of them due to what faces us as a nation and society.

Some of this background is based on the work of historians Neal Howe and William Strauss who authored the book The Fourth Turning. Mr. Straus also maintains a blog on these topics. I highly recommend this resource for anyone prepping and looking at future with a strategic lens. Unfortunately, Straus’ recent work has taken a liberal political bend in order to support a specific liberal narrative and is off-base with our current conditions. But with that being said, the premise of this work remains accurate. There are others who also have compiled works on generational theory and historical cycles that support the work of Straus and Howe.

It has been found that history, beginning in the medieval era, moves in cycles of approximately 80 years and parallels the change in generations. This process has continued into our modern era. The specifics of history are not repeated per se but in general history does rhyme (Mark Twain). Within the 80-year cycle, there 20-25 year smaller cycles, in which history interplays with generations of people and the generations impact history.
These 80 year cycles begin with era of prosperity; enlightenment; unraveling; and then a crisis, in which society and events feed into each other successively. Each era has its own characteristics and generational make up.

The generations are approximately 20 years in length, and parallel the eras in the 80 year historical cycle, to add up to a long human lifespan. Elderly- 65+; Mid-age-45-65; Young adult-25-45; Youth- 0-25 (25, not 18, is used as it is when most in this age cohort become independent) are the generational cycles that affect and are affected by history.

Each age group has a role in each historical cycle and most people experience each of these generational cycles. The elderly generally have the most influence in a given historical era (due to their positions in government and leadership), and the youth are the most impressionable. Each generation’s “personality” is a composite of societal trends and may not be reflected in all of its individual members and families. History also does not affect all individuals uniformly. Historical and generational cycles are like seasons. God is seasonal and as a result people and society are seasonal.

The U.S. is approaching the end of its fourth 80- year historical cycle. We nearing the end of 4 crisis eras: The Revolutionary War (technically prior to the U.S. as an independent nation); the Civil War and the Great Depression/WWII; and the current crisis that began with 9/11. A crisis era is when the nation faces a struggle for its survival and faces an internal or external threat. Despite being challenged by each crisis era, and still feeling the long-term effects of each, each came out with a positive conclusion (depending on your personal point of view of course). We are now poised to end our current crisis cycle with a less than promising outcome.

HOW DID WE GET HERE?

Will we lose our super-power status? Will the U.S be subsumed by other nations? Will the entire world decline into a new dark age? The specific outcome of this crisis era is hard to exactly predict, but anyone in the preparedness community at large knows we are not trending well as a nation. For the sake of clarity, we need to now explore how we got to where we are in 2021 A.D.

In 1945 WW II ended and we entered a 20-year era of general prosperity without any existential threats and a wish get back to the basics of life. The elderly cohort (the “Roaring’20s generation) ushers in era of conformism and conservatism based on their exhaustion of the previous 60 years of change and strife. The middle-age cohort (‘The GI Generation”) brought their can-do attitude which fought WWII successfully and got American industry roaring and established the U.S. on the world stage. The young adult (“Quiet generation”) cohort- followed the direction of the GI generation and continued their “seen and not heard” childhood of not challenging the status quo (except for spearheading the Civil Rights movement). The youth cohort (“Baby Boomers”)- had a smothered childhood in era without immediate external threats and reaped the spoils of our newfound prosperity.

During this era the civil rights movement led to the first questioning of conformity and past ethos. The Korean War stalemate slowed aggressive foreign policy and the prosperity led to the idea of the American Dream and materialism. The U.S. did see the highest standard of living yet seen, but the seeds for rebellion and moral decay were set. The assassination of JFK and the Cuban Missile Crisis brought an abrupt end to this feel-good era.

During the years 1962-64 we entered a 20-year era of Enlightenment. Bereft of any major foreign challenges, the nation in this era looks inward to push for societal change. This push is led by the Baby Boomers, who as a generational cohort, are becoming the new moral and societal watchmen as their grandparents did in the last crisis era. This put them at odds with the can-do GI Generation who have ascended into the elderly cohort and resisted change. This produced the newly-coined term: “The Generation Gap”. The Quiet generation initially reinforced the societal views of the GI Generation but then found refreshing freedom in the ideas that the Baby Boomers were pushing (church was shunned and divorce rates escalated). The youth cohort (“Generation X”) entered childhood in an era of societal chaos and will not see an era of potential prosperity until their elderly years (maybe!).

The moon landing in 1969 was the pinnacle of our prosperity and technological prowess. Meanwhile, LBJ’s Great Society, and its legislation, would slowly backfire and bring societal disruption and conflict that is evident to this day. Civil rights, Vietnam, and nuclear disarmament protests led to civil unrest, where environmental awareness, public health advancements and a rise in Christian missionary work. Unfortunately, drug use; the rise in divorce; decrease in the influence of the church; Roe v. Wade; and the recession of the 1970s led to a decline in the traditional family (Latch-key children, teen pregnancy). Societal change morphed into a change in societal mores, and the effects of this era, plus the loss of the gold standard, would shape the 40 years.