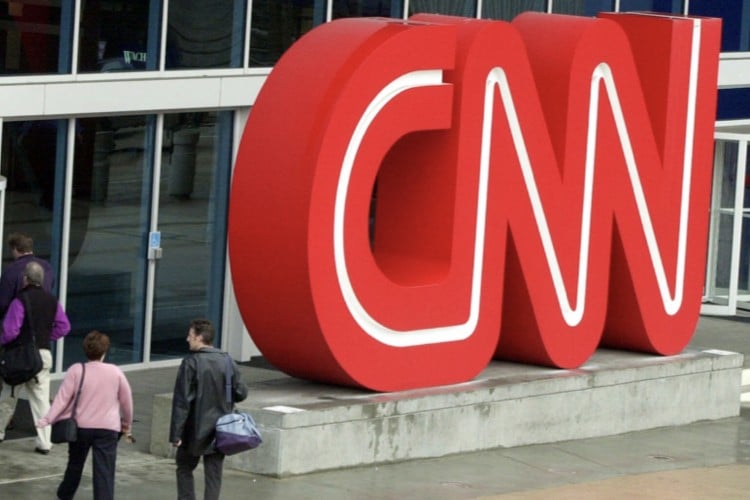 CNN just can’t stop proving that it’s the George Costanza of journalism. The network, which had to pay a huge defamation settlement to former Covington Catholic student Nick Sandmann and has a history of deceitful reporting, is at it again — and this time a Democrat has served the station a legal notice.

At issue was a report on the California recall election. It’s no secret that along with the rest of pseudo-elite media, CNN aims to scuttle the effort to remove incompetent and imperious Governor Gavin Newsom (D-Calif.) from office. In fact, the press has even gone so far as to characterize Republican commentator Larry Elder, the favorite to replace Newsom, as the “Black Face of White Supremacy.”

As for CNN, it found the Truth an impediment to its narrative that the recall election was a solely Republican effort, so it stated Monday that “no Democrats are competing against their own party’s governor.”

The network was only off by nine.

Kevin Paffrath, a real estate agent also known as the social media personality Meet Kevin, is one of the 46 candidates vying to replace Newsom as governor in the Golden State. He’s also arguably the most recognizable of nine Democrats in the race.

But a CNN report on the state of the recall race made no mention of him Monday. Roughly an hour and 15 minutes after Fox News requested comment, the article was updated to instead read, “Since no party-backed Democrats are competing against their own party’s governor, the state could end up being run by a Republican” – adding the “party-backed” qualifier.

“What jerks; still won’t mention me despite being one or two in the polls against Elder,” he said after CNN updated the article. “They’re creating a false dichotomy: that it’s either Newsom or Elder. So wrong – there are other options, including me.”

Paffrath had his attorneys send CNN a cease and desist letter Tuesday in response to the propagandistic report.

“‘CNN is trying to keep voters in the dark about our campaign to attempt to help Governor Newsom stay in power,’” Fox also reports Paffrath as saying. “‘Newsom lied to us, overstating fire prevention by 690%, then just today we discover his administration tried to cover up their original statement.’”

Paffrath “also criticized Newsom for taking donations from large corporations, including Netflix, and allowing them to remain open while shutting down small businesses during the height of coronavirus pandemic restrictions,” Fox continued.

“‘He misstated our surplus, lied about ending the high speed rail, and is finally recognizing that this is a Californian recall, not a Republican recall,’ Paffrath said.”

But it makes sense that CNN likes Newsom, as they share the same regard for Truth. There was, of course, the aforementioned Nick Sandmann story, in which the network engaged in character assassination against adolescents for purely partisan reasons. Then, CNN figures were caught on hidden video in 2017 admitting that the Trump/Russia/collusion story was nonsense, but they were pushing it, anyway (video below). The revelations were so striking that they inspired the New York Post, using a play on the network’s slogan, to cleverly dubbed CNN “THE MOST BUSTED NAME IN NEWS.”

(To watch all the damning CNN videos, click here.)

But this is just the iceberg’s tip, and in 2018, the Daily Caller provided 20 examples of CNN’s lies/shoddy reporting. Here’s a sampling:

In May of 2017 when Republicans were authoring a new health care bill, CNN claimed that GOP changes to Obamacare could make rape and sexual assault pre-existing conditions.

PolitiFact rated that claim “mostly false,” explaining that “the bill does not change what is or is not a pre-existing condition; the health insurance companies write those definitions for themselves.”

… CNN claimed that only Democratic members of Congress gathered to pray before the 2017 Congressional Baseball Game — the first game after House Majority Whip Steve Scalise was shot and nearly killed.

… Pictures of the prayer circle clearly show both Democrats and Republicans praying together, and CNN eventually deleted their tweet claiming otherwise.

… After a May shooting at Santa Fe High School in Texas, CNN reporters immediately began claiming that there were 22 school shootings on the year.

And more recently, a “CNN special report on Jerusalem reversed who ethnically cleansed whom in the Palestinian/Israeli dispute,” according to writer Michael Berenhaus.

Don’t hold your breath waiting for CNN to change, either. It’s staffed by moral relativists, and this is no small matter (which is why I so often mention relativism). It’s just stating the obvious saying that people who don’t believe in Truth — properly understood as absolute, universal, and eternal — will be more likely than those who do to play fast and loose with it. For if right and wrong are mere “perspective” and hence don’t exist in any real sense, what could be “wrong” with lying?