At the behest of the United Nations, the Chinese military has crossed our northern border and are currently in Michigan. They are occupying an area called Camp Grayling. During the Jade Hemt training exercises, putting down an American insurrection against a foreign takeover of our government was rehearsed extensively. One of the locations for these rehearsals was at Camp Grayling in Michigan.

Before commenting more on this development, the previous involvement of UN forces at Camp Grayling, which occured during the Jade Helm15 and 16 training exercises. This event made it clear that UN forces will eventually be used against the United States citizens. Here are the events as they unfolded during Jade Helm. However, these training exercises have become active and the CHICOMS are heavily involved.

Before you marginalize this bold statement about the Chinese/UN troops operating in Michigan, you might actually want to consider some hard core, irrefutable evidence from our past. Let’s start with the mainstream media and Fox News in 2017. From Fox News:

“UNITED NATIONS –  The United States is announcing its support for a set of principles that give a green light for U.N. peacekeeping troops and police to use force to protect civilians in armed conflicts. U.S. Ambassador Samantha Power told a high-level U.N. meeting Wednesday focusing on the responsibility to protect civilians that the United States was “proud” and “humbled” to join 28 other countries that have pledged to abide by the 18 pledges. U.N. peacekeepers from these 29 countries are now required to act in cases where civilians are in danger. “The Kigali Principles are designed to make sure that civilians are not abandoned by the international community again,” she said, recalling how U.N. peacekeepers left Rwanda before the 1994 genocide and Srebrenica before the 1995 massacre.”

I have become an expert at arguing with idiots. The UN is not coming to an unsuspecting America, they are already here. They are waiting for enough chaos to ensue to justifiy taking over the country. Undoubtedly, half-baked people are going to say “Fox did not say that UN troops are coming to America”. I don’t mean to confuse anyone on the left with the facts, but please try and answer this question: “When Antifa is successful in using its new-found allies from MS-13 and ISIS, as well as the aforementioned people and groups, to carry out unlimited Las Vegas style attacks, and worse, what is the UN going to do? By policy they are going to bring their 28 nation peace-keeping force to America. It’s called the Kigali Principles,look it up! Oh wait, they are already here and I have been reporting on this for almost 8 years!!!

Please allow me to spell this out very clearly. The Deep State has succeeded in lining up unlimited funding and willing participants in bringing holy hell to America. It has already started. Now, our government has sold us out and has agreed to let the blue helmets take over this country on a set of contrived consequences promulgated by the left.

If my investigation into the massive election fraud that stole the 2020 election taught me anything, it is that the CHICOMS have infiltrated every level of government. They are and will be cooperating with the UN in bringing America to its final defeat.

While some of you were busy watching CNN, this is what happened under your noses during the two years of Jade Helm drills (ie JH 15 and JH 16).

The declaration of the United States government, as published on Fox News on October 29, 2017, is merely the legitimization of what has already happened. I published my warning over and over on this domain. First, my warnings were published in regard to the 2014 Central American illegal alien invasion where DHS and the UN were commanding Border Partrol personnel to admit MS-13 into the interior of the United States. The operation was so bold that at one of its headquarters, I previously reported that Congressman Jim Bridenstein was refused entry into Ft. Sill when he went to investigate. I also reported that foreign troops were training at known FEMA camp locations such as Camp Grayling in Michigan. I published pictures of UN vehicles on America soil, repeatedly and as late as the Fall of 2019.

Fox News has invited itself to this party a little late because in 2016, I published the following:

Camp Grayling Is a FEMA Camp 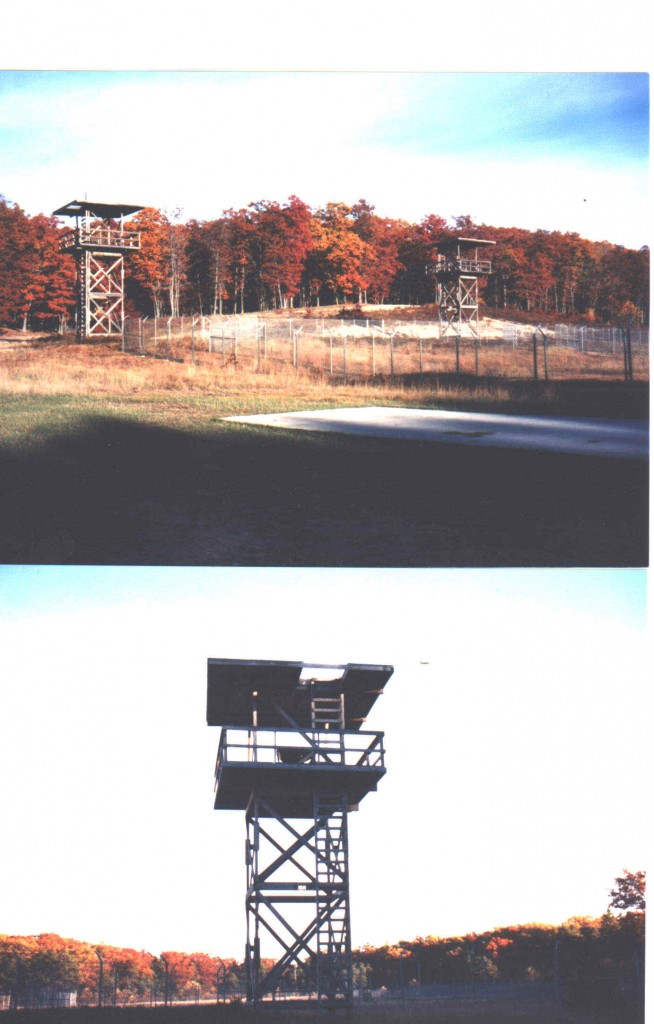 Camp Grayling is a FEMA camp facility in Grayling, MI., and was the sight of martial law training for the Michigan National guard which commenced on July 15, 2015, during the Jade 15 Operation. This facility also houses hundreds of UN military vehicles. (Note: Some of the links are no longer active)The foreign troops training at the FEMA Camp facility, Camp Grayling, are clearly UN troops who are undoubtedly training for the inevitable. With regard to Obama’s  July 1, 2016 executive order:

“United Nations “peacekeepers” may soon arrive and see action on American soil following the United States’ announcement of support for “a set of principles that give a green light for U.N. peacekeeping troops and police to use force to protect civilians in armed conflicts,” Military Times.”

In 2016, I also received this email from an eyewitness to the treason going on at Camp Grayling.

My Buddy Tim and I had an opportunity to take a Camp Grayling Open House Tour in June of 2015 and I have several video clips of something you folks are not talking about.  The videos are of the Multi Million Dollar Urban Assault “Village” located on the Camp Grayling Reservation way out in the boonies.  This is not the Middle East Assault Village also located on the reservation…it’s the USA Village; Church, Post Office, Bank and every building found in a Small Town USA.  To show that this village is real; Youtube Search  “OP Blacksheep @Camp Grayling”  You can see some of the actual buildings.

I included updated photos of the “Prison Camp” that was upgraded with new Buildings and Communications Tower; Military Tour Guide says “ATT Tower”  Yeah Right just happens to be right on the front gate of a Prison Training Facility.

Anyway, I want to snail mail a memory stick with everything I have, Videos, Stills, Satellite over time to show upgrading the prison site has undertaken.  Bottom-line the govt is dumping million$ into this Camp Grayling, to include many-many new barracks buildings.  THIS IS WHERE those TROOPS are TRAINING THIS SUMMER!!!!!!!!!!!!!

So, let’s take a look at Camp Grayling training exercises. Are these American forces? Where is their unit insignia? Where is the American flag on their uniforms? Well, there are some American troops, but they are on the side that is being attacked in this urban assault. Look at the backpacks. Some are marked with the American flag, some are not… These are foreign mercenary assets hired by the United Nations designed to subdue the United States during Jade Helm 15 and 16. Remember, this was the Obama era. This was an international rehearsal for dealing with American “disaffected” military. Jade Helm 15 and 16 were filled with these activities. This was a designed activity, developed by the Biden administration, to put down an American insurrection against globalist military forces.  This was to happen on Hillary’s watch as she was the presumed 2017 President, but Donald Trump happened.