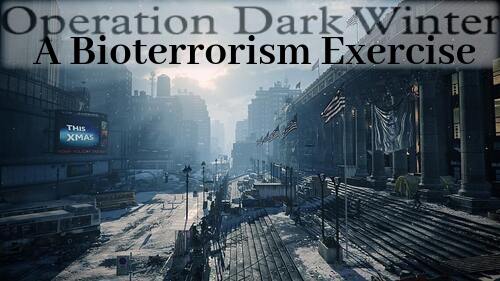 Back in the final presidential debate of 2020, months before Joe Biden even took office, he warned of a ‘dark winter’ ahead for America as we then approached 10 million COVID cases, a ‘narrative‘ which he then repeated numerous times in the following months, specifically using the term ‘dark winter’ each time.

Claiming back then that America needed ‘bold actions’ to ‘fight the pandemic’, we’ve since seen part of what those ‘bold actions’ would be, with what they’ve been calling ‘vaccines’ (actually mRNA concoctions) rolled out and more recently, government ‘vax‘ mandates for private businesses with more than 100 employees cemented into place.

With Biden quite literally talking down to his employers, ‘We The American People’, while delivering those mandates, claiming ‘his patience was wearing thin’ with those who’ve refused to take the vax that isn’t working to either prevent people from getting COVID nor spreading it to others nor preventing people from dying from it and the vax itself, as the Washington Times story we’ve excerpted below pointed out, it’s actually Biden with whom the American People’s patience has worn thin.

Because as I learned in a lengthy conversation with a dear relative recently, someone who has long been a very staunch liberal, who has herself been ‘vaccinated‘, and who works in a Courthouse in a very blue state, several ‘fully vaccinated’ co-workers of hers recently became very ill with ‘COVID’, despite being fully vaxxed. Vax is working great, huh, Joe? ‘Truth’ is always the ‘great awakener’.

With this new story over at KLNA News in Louisiana reporting that according to a new CDC study, ‘COVID’ can spread in the fully vaccinated being the latest sign that the globalists ‘vax everything’ narrative is being blown apart, while the globalists grow increasingly desperate to cement their ‘medical tyranny for the world’ into place as we’re seeing now in Australia, a couple of new stories that just came out over the last several days in the mainstream media attempted to sugarcoat the vaxxes failing as the MSM colludes upon their narrative.:

‘Post-Vax Covid’ Is a New Disease via RealClearPolitics 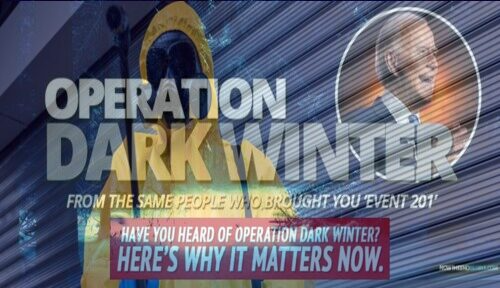 And while we’ll actually agree with ‘fuhrer Biden’ for once, in that Americans should get fully prepared for a ‘dark winter’ ahead, we remind you that as we had reported in this January 21th of 2021 ANP story, ‘Operation Dark Winter’ was the very real code name for a senior-level bio-terrorist attack simulation conducted on June 22–23, 2001, an exercise simulated to carry out a mock version of a covert and widespread smallpox attack on the United States.

And while its not a ‘smallpox attack on the United States’ that we’re witnessing in September of 2021, why would Biden  specifically mention on numerous occasions since that Presidential Debate back in 2020 that a ‘Dark Winter’ was ahead for America when we know very well that Biden was very well aware of those 2001 exercises, as detailed in this US government document. That’s right, as seen in the Scribd document we’ve embedded of those hearings at the very bottom of this story, Joe Biden was the Chairman of the Committee on the ‘Threat of Bioterrorism And The Spread of Infectious Diseases’ which authored a report to the US Senate back on September 5th of 2001. A report that focused upon ‘Operation Dark Winter’. The following is directly from that Congressional document.

On the legal side, and particularly legislative changes, I think you have to contemplate emergencies and how you would isolate people. And look at your laws and see right now whether we can anticipate those kind of steps or whether we would be trampling all over everyone’s civil liberties and have a huge cry while we are doing it. Can we anticipate this and deal with it?