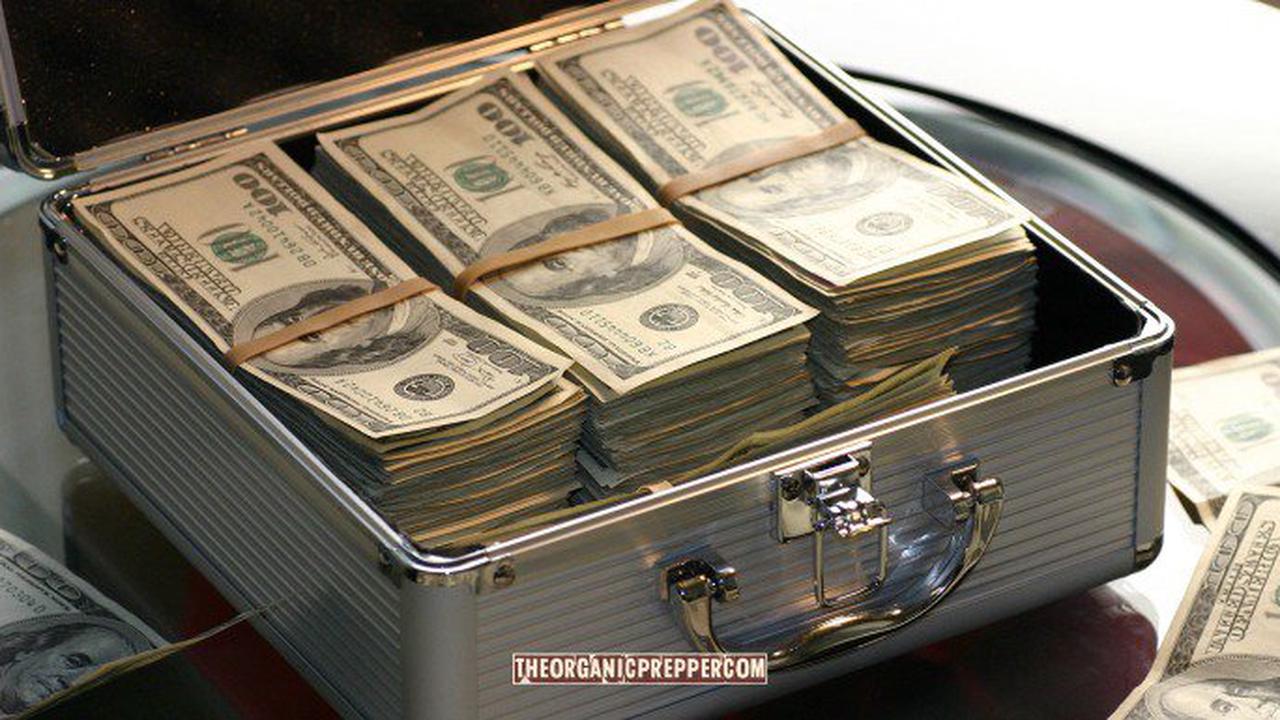 Unless some extinction-level event takes the entire planet back into the Stone Age, cold hard cash will still be used.  Cash will be king when the SHTF unless it’s a full-on Mad Max scenario like the one Selco survived.

I get asked frequently about the role of cash during disasters and emergencies. It seems many starting in preparedness think we’ll jump from the pot directly into the fire if the SHTF, with greenbacks becoming a useless relic.

In reality, SHTF is a slow slide into hell, the proverbial frog in the boiling pot nine out of ten times. It’s exactly what’s happening with COVID-19 and almost everything coming from it.

I already wrote about the black market and how it precedes bartering in pretty much any scenario. The same can be applied to money: unless TEOTWAWKI happens, cash will be in use and thus necessary as a prepping item.

Cash is the primary means of payment when things are unstable

When I say cash, I mean paper money (a.k.a. legal tender). There’s currently a battle against cash, and it may become a collector item in the future.  But we haven’t got to that point yet, and objectively, it may still take some time. Also, one thing is what the elites and governments want and push for, and the other is reality.

In this transitory and volatile moment, going with their narrative and getting rid of paper money “because it’s inevitable” is essentially entrapping and limiting ourselves. It’s the same with most government agendas, by the way – and the opposite of what preppers do.

Trading is a basic human necessity, but paying for it is something else

All the various forms of trading – formal, informal, black market, bartering, etc. – exist simultaneously, all the time, and everywhere. Whatever happens, these exchange systems will be present, and people will trade as they do today, generally speaking.

What varies is the preponderance of one system or the other according to the circumstances. Society will resort more to one or the other in direct proportion to the severity and duration of the crisis: the worse it gets, the more informal the whole economy will be, and vice-versa.

But what good is plastic or virtual money if the systems used to process those non-physical transactions are out of order for some reason?

When thinking about SHTF, consider that most people in most places aren’t used to dealing with precious metals and other alternative means of payment for goods and services (much less direct bartering).

There’s little common reference for that, and it takes some time for society to adjust, even in extreme circumstances. In this article, Selco shared his experience with precious metals when the SHTF.

Cash is freedom and flexibility in any context.

Said differently, it’s essential to prepare for sudden disruptions in the supply chain, especially for those living in disaster-prone or unstable places. But I’d argue it’s equally important to be financially prepared.

But here’s what should be more concerning

Granted, only seven times during that period have governments suspended banking activity. It’s an extreme measure to safeguard the apparatus and forestall even larger meltdowns.

But when they do, it’s sudden and without warning. Governments, institutions, and the market act like that. Understandably so: warnings would precipitate events and cause everyone and everything to go into a tailspin.

So, one day we hit the A.T.M., and there’s a huge line. Or, it’s either empty or just dead. Banks are closed, too. Plastic and other payment systems may be out of order or overwhelmed. But the bills will keep coming, and we still have to buy food, fuel, and pay taxes, of course.

When the SHTF, people run to the banks

“No, they run to the stores.” Sure they do – but the hordes still have to pay for toilet paper and food. They don’t do that with bonds or silver coins but with currency. In practice, it’s the equivalent of a bank run.

The modern economic and financial systems are profoundly complex and highly interconnected. Tradings, exchanges, and payments rely on automated algorithm operation: random movements can trigger stampedes with potentially cascading effects. And those are hard to contain.

I’ve already mentioned the surreal level of indebtedness that’s drowning the world in previous articles to highlight how fragile and unstable things are. Of course, no one in power will admit to that. Much less warn about its dangers and potential consequences.

Add the risks posed by cyberattacks, power failures and blackouts, lockdowns, The Great Reset, and other very present and real threats. At any point soon, we can have a systemic collapse sparked by a market crash or other Black Swan events as the catalyst.

Look at the places in which these things have happened before. The hard truth is, this whole thing is a castle of cards on top of a ticking time bomb.

Each country has a different economy and context, so each one gets hit differently. But the script is always the same since even before the Roman empire.

The scope of government responses is equally predictable: a litany of measures that, time and time again, has proven to solve nothing and make things worse. Stupidities like price and wage control, rationing, and others derail production and supply chains, leading to shortages, bank runs, strikes, and other upheavals.