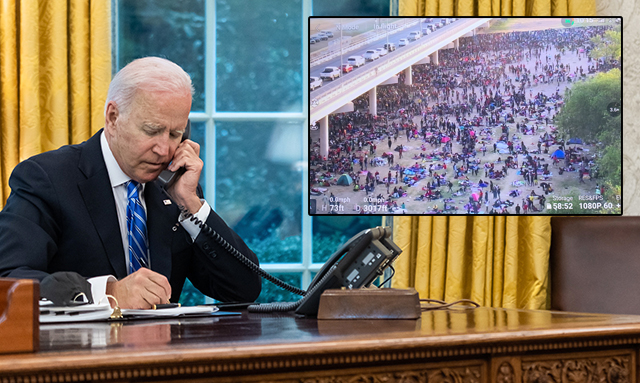 Less than 24 hours after Fox News documented a shocking 10,000-plus strong Haitian migrant army amassing under the Del Rio International Bridge in Texas, the FAA issued flight restrictions banning drones from flying over the area for “special security reasons.”

NEW: We’ve learned that the FAA just implemented a two week TFR (Temporary Flight Restrictions) over the international bridge in Del Rio, TX, meaning we can no longer fly our FOX drone over it to show images of the thousands of migrants. FAA says “special security reason”. pic.twitter.com/aJrjAPO2Pz

.@FoxNews has been covering the border nonstop for almost 7 months now, we use the drone constantly, and it has never been an issue. We have reached out to the FAA to ask for clarification on why this TFR was implemented. We haven’t heard back yet. Will update if/when we do.