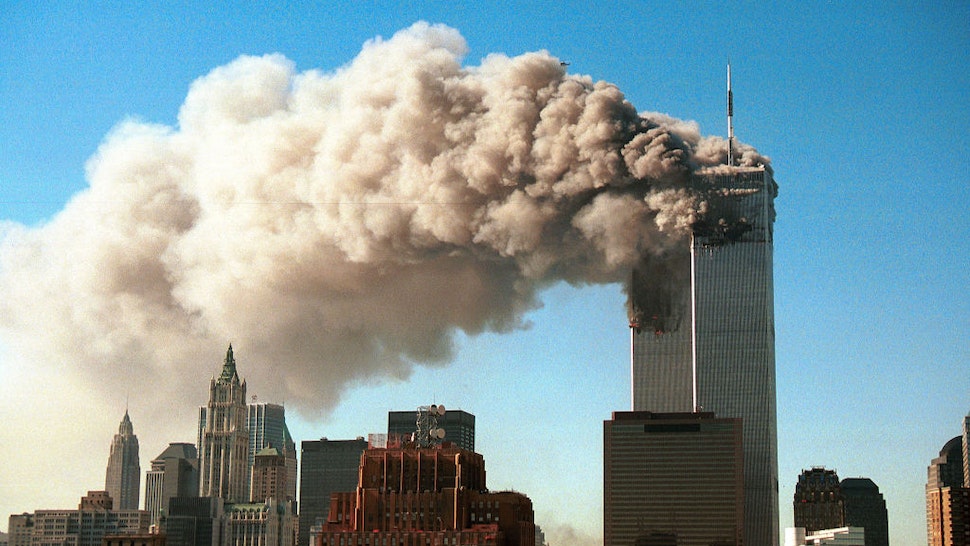 We all remember the terrifying images from September 11, 2001: The towers on fire, people covered in dust and soot as they evacuated the area, our first responders and other heroes who stepped in to save as many people as they could.

These images are seared into our minds. Now, 20 years later, the photographers and subjects of these photos have spoken out to various news outlets about their experiences.

Fox News spoke to Yoni Brook, who was a 19-year-old sophomore at New York University when the World Trade Center was attacked by terrorists. Brook had done some freelance work for The Washington Post and said he was contacted by his editors to see if he would cover the attacks. Brook grabbed his camera and headed toward the destruction.

“I sort of found myself – this was maybe an hour after the collapse – just there, kind of alone, seemingly alone,” Brook told Fox. “It was just like everybody was in shock around it. There were a few firefighters, there were a few rescue people, but it was mostly very quiet and eerie for the first two hours.”

Iconic 9/11 photos and the photographers who shot them: Here are their stories https://t.co/gLarT1ooSi

“It was still sort of a moment of initial shock,” Brook told Fox. “There was an eerie quiet. And there wasn’t like a ton of equipment down there. There weren’t cranes doing any work yet. It was just individual firefighters and groups of firefighters trying to make sense of a little bit of the futility of what was in front of them.”

The Wall Street Journal spoke to Sauer, who still gets choked up talking about his experiences on that day.

“You’re walking around and listening for anyone banging or any sign of life,” Mr. Sauer told the Journal. “That’s what you’re there for, to try to help and hopefully get someone to safety.”

He told the outlet that he remembered the calls to and from other firefighters alerting others to another body. “We didn’t find anybody other than the parts we found,” he told the Journal.

He added that he and his colleagues went hours without water as they searched for survivors and victims.

“It wasn’t like there was a water fountain you could go to,” Sauer told the Journal. “This thing was just standing out there by itself with water coming out of it.”

He said he was washing the dirt off his face when he noticed his photo was being taken. Sauer is still a volunteer firefighter and sends a text to Brook, who took the iconic photo of him, every year.

“We have this bond,” Sauer told the outlet. “It’s just a bond of that day, and him putting me in history.”

“To me it feels like it was just the other day,” he added. “Not a day goes by that I don’t think about it.”

Photographer Doug Mills captured the well-known photos of former President George W. Bush at Emma E. Booker Elementary School in Sarasota, Florida, where he received the news of the terrorist attack. Mills told Fox that while he was in Bush’s motorcade heading to the school, he was informed that there was a “small plane crash in New York City,” but that the information was “really sketchy, just basically saying there’s been a small plane that’s hit a building.” He said it didn’t seem like a big deal.

Minutes after they arrived at the school, however, Bush’s chief of staff, Andy Card, came into the room and gave the president the news.

“Finally, at one point he walked up to the president… and whispered in his ear,” Mills told Fox. “It was obvious he’d given him some very important news.”

Mills didn’t know what Card said at the time, but later learned the chief of staff told Bush: “A second aircraft has just hit the World Trade Center. America is under attack.”

Mills told Fox that the “power and the weight of those words are obviously overwhelming and obviously very historic.”

The Journal spoke to numerous people who were photographed dazed and covered in grit, including Jonathan Markowitz, who was 46 at the time of the attacks. Markowitz “was in a conference room in the North Tower at 8:46 a.m. when he heard a huge bang, felt the building sway and learned from a colleague that a plane had just hit,” the Journal reported.

Markowitz was based in Chicago but had traveled to New York and was on the 85th floor of the North Tower when the plane hit. The Journal reported that Markowitz and his colleagues “began moving down the stairs, which grew hotter and more crowded by the minute, but the descent was orderly.” When they reached the concourse level they were told to “get down” as a massive wall of dust and debris flew across the room. They later learned it was the result of the South Tower collapsing.

Then everything was quiet and dark. Markowitz told the Journal that he grabbed a shirt form his briefcase to help him breathe and joined two of his colleagues as they exited the building and found the street. He said everything was like a black-and-white horror film, covered in dust.

Another person photographed in such a landscape was Joanne Capestro, who told the Journal that “Everything was white when I opened my eyes, I really thought I had died.”

Capestro was on the 87th floor of the North Tower when the plane hit just six floors above. Capestro and her colleagues fled the building using the stairs. At the 30th floor, her co-worker, Harry Ramos stopped to help someone, telling the rest of the group, “I’ll meet you outside.” They never saw him again.

Capestro told the Journal that she still has survivor’s guilt over the experience.

“I was really, really, really in bad shape,” she told the outlet. “It took me months to wake up and say, ‘I’ve got to put my best foot forward.’ ”

In 2014, she delivered her clothes from the attacks to the 9/11 Memorial & Museum. They were still covered with dust.