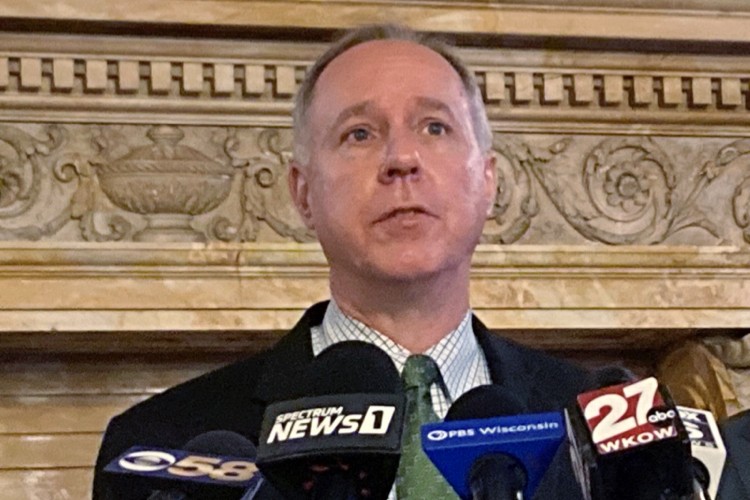 On Friday, the Speaker of the Wisconsin State Assembly, Robin Vos (R), announced that he was expanding an investigation into possible improprieties associated with the 2020 general election in the state.

Originally in June, Vos had tasked former state Supreme Court Justice Michael Gableman and retired law enforcement officers to conduct an investigation of the 2020 election in the Badger State. Two of the retired officers recently quit, prompting Vos to “take a different tack.”

Now Vos has designated Gableman as a “special counsel” to investigate possible fraud in the 2020 election. Gableman has been empowered to hire as many investigators as he deems necessary to complete a full investigation by the fall of this year.

“To restore full integrity and trust in elections, we have decided to change direction, giving more authority and independence to Justice Gableman,” Vos said in a statement. “I am declaring him Special Counsel and am giving him the authority to hire more full-time investigators who will work at his direction.”

Gableman will, apparently, receive a wide berth in how he intends to proceed with the investigation. The former state Supreme Court justice reportedly told Vos that a more robust effort was needed for the audit with more investigators who could work on the process full time.

No budget for the new investigation has been announced but is expected that the audit could cost the state several hundred thousands of dollars.

Vos has been under pressure from Republicans up to and including former President Donald Trump to conduct a forensic audit similar to the one currently underway in Maricopa County Arizona. In late June, Trump accused Vos and other Wisconsin Republicans of attempting to cover up election corruption in the state.

Trump continued: “Don’t fall for their lies! These REPUBLICAN ‘leaders’ need to step up and support the people who elected them by providing them a full forensic investigation. If they don’t, I have little doubt that they will be primaried and quickly run out of office.”

Democrat Joe Biden was declared the winner in Wisconsin by less than 21,000 votes. Incoming poll numbers showed Trump ahead of Biden until very early in the morning on November 4 of 2020, but Biden squeezed ahead late in the count and never gave up his slim lead.

“The fact will remain that the 2020 election was free, fair and conclusive,” Sires said in a statement. “It’s time for the Speaker to end the charade and start telling the truth.”

A second audit of the 2020 election is being conducted by the supposedly non-partisan Legislative Audit Bureau. That audit is scheduled to be done sometime this fall as well. Vos hopes that the new investigation, along with the audit underway from the Legislative Audit Bureau, will suffice to satisfy Trump and the other Republicans who are convinced that fraud may have taken place.

“If you have two independent investigations where they are going to go the way the evidence leads them, that should be something we should all get around,” Vos said.

That’s of course, if both audits find essentially the same thing. If the results of the two investigations come out wildly different, then a whole new can of worms is opened.