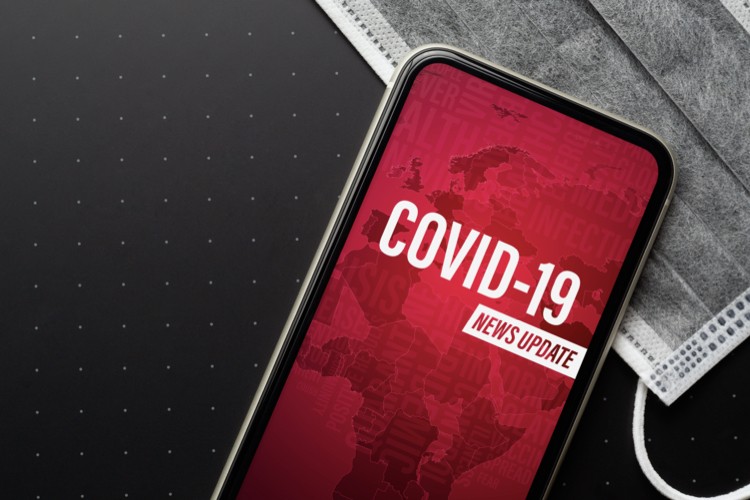 The COVID roller-coaster of sketchy science and on-again, off-again regulations has so many twists, turns, ups, and downs that it is hard for anyone to keep up with what is what from one week to the next. Last weekend, the Biden administration, the CDC, and their accomplices in liberal mainstream media took turns getting lost along the way.

The White House is frustrated with what it views as alarmist, and in some instances flat-out misleading, news coverage about the Delta variant. That’s according to two senior Biden administration officials I spoke with Friday, both of whom requested anonymity to candidly offer their opinion on coverage of the CDC data released that suggests vaccinated Americans who become infected with the Delta coronavirus variant can infect others as easily as those who are unvaccinated.

Since no one can accuse CNN of having a conservative editorial slant — the network has been so liberal for so long that it is commonly referred to by many conservatives as the Clinton News Network or the Communist News Network — it is noteworthy that CNN reported on the Biden administration’s reaction to COVID coverage by liberal news outlets. Because even as the White House, the CDC, and the liberal media bounce along the tracks of the COVID-coaster — slamming into one another along the way — CNN is burying the lead in its reporting and trying to do a better job of acting as a propaganda tool of the Biden administration. For instance, CNN reported:

At the heart of the matter is the news media’s focus on breakthrough infections, which the CDC has said are rare. In some instances, poorly framed headlines and cable news chyrons wrongly suggested that vaccinated Americans are just as likely to spread the disease as unvaccinated Americans. But that isn’t quite the case. Vaccinated Americans still have a far lower chance of becoming infected with the coronavirus and, thus, they are responsible for far less spread of the disease.

“The media’s coverage doesn’t match the moment,” one of the Biden officials told me. “It has been hyperbolic and frankly irresponsible in a way that hardens vaccine hesitancy. The biggest problem we have is unvaccinated people getting and spreading the virus.”

As the Biden officials explained to me, the administration is worried that the media’s focus on these instances of breakthrough infections might lead to people being more hesitant to get a vaccine. Think about it: If you’re a young person, and already believe you will be OK if you do get infected, why would you now get a vaccine, given that coverage suggests you can still just as easily become infected and spread the virus after receiving a shot?

The worry about this line of messaging from major media sources worried officials so much, I’m told, that they reached out to several major news organizations with the aim of getting them to dial back the coverage.

Let that sink in. Someone in the Biden administration is telling the media what to report and how to report it. And while this writer is not above making that assertion, in this instance, it is CNN that makes that assertion — backed up by “two senior Biden administration officials.” Granted, that someone is not likely Biden himself — that would require him to string words together into coherent sentences. But whoever it is, they have “reached out to several major news organizations with the aim of getting them to dial back the coverage” that the White House doesn’t like.

Case in point: Darcy explains that occasionally “poorly framed headlines and cable news chyrons wrongly suggested that vaccinated Americans are just as likely to spread the disease as unvaccinated Americans.” Darcy claims, “that isn’t quite the case” since “vaccinated Americans still have a far lower chance of becoming infected with the coronavirus and, thus, they are responsible for far less spread of the disease.”

But the very first headline Darcy cites for this is a Washington Post headline that read, “CDC study shows three-fourths of people infected in Massachusetts coronavirus outbreak were vaccinated.” This headline, which Darcy — having been set straight about his job description by the good folks over at the White House — describes as “poorly framed” was an accurate summation of the CDC’s report on the outbreak in Massachusetts. Here is an excerpt from that CDC report:

In July 2021, following multiple large public events in a Barnstable County, Massachusetts, town, 469 COVID-19 cases were identified among Massachusetts residents who had traveled to the town during July 3–17; 346 (74%) occurred in fully vaccinated persons. Testing identified the Delta variant in 90% of specimens from 133 patients. Cycle threshold values were similar among specimens from patients who were fully vaccinated and those who were not.

CNN’s Darcy goes on to report on several other instances of the media missing their cues and reporting things that trouble their bosses at the White House. In one instance, the New York Times tweeted an article about the CDC report stating that the Delta variant is as contagious as Chicken Pox. That tweet read, “Breaking News: The Delta variant is as contagious as chickenpox and may be spread by vaccinated people as easily as the unvaccinated, an internal C.D.C. report said.”

Breaking News: The Delta variant is as contagious as chickenpox and may be spread by vaccinated people as easily as the unvaccinated, an internal C.D.C. report said.https://t.co/hDs1FOIPMt

Ben Wakana, a member of the White House’s rapid response team, replied to the tweet, saying, “VACCINATED PEOPLE DO NOT TRANSMIT THE VIRUS AT THE SAME RATE AS UNVACCINATED PEOPLE AND IF YOU FAIL TO INCLUDE THAT CONTEXT YOU’RE DOING IT WRONG.”

“Doing it wrong.” Yes, you read that correctly. The White House just told the Times they were “doing it wrong.” It does not matter at all that the CDC report really did say what the Times claimed it said. It is still “doing it wrong” to say that. Because, remember that one of the senior White House officials told Darcy, “The biggest problem we have is unvaccinated people getting and spreading the virus.” That is the message, spreading that would be “doing it right.”

NBC News got in trouble with White House HQ, as well, after publishing a piece with the headline, “Breakthrough Covid cases: At least 125,000 fully vaccinated Americans have tested positive.” Again, it was true, but it was another example of “doing it wrong.”

The Post amended its headline to add, “but few required hospitalization.”

The Times rewrote its tweet to say, “Delta variant infections in vaccinated people are rare, compared with those who are unvaccinated, the internal CDC report said. But vaccinated people with a breakthrough infection may spread the virus just as easily.”