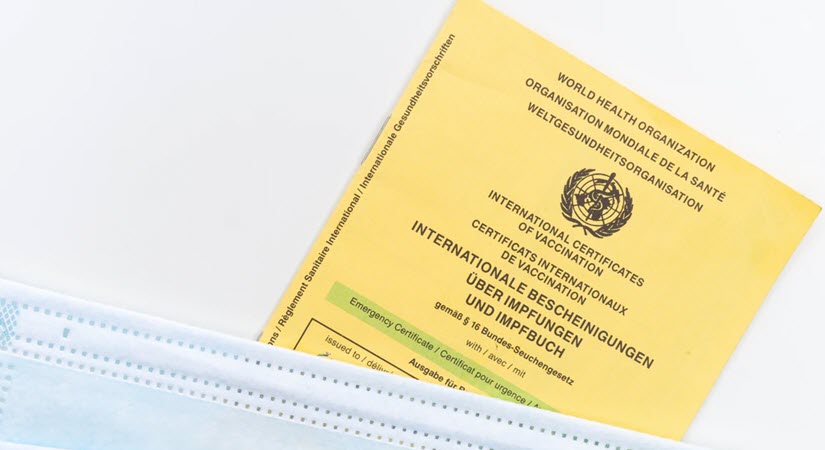 Yes, it’s an official concern now. The mainstream media and the Biden Administration have gone from suggesting that Covid vaccinations would “not be mandated” to saying they “should be mandated.” This means several very uncomfortable consequences are on the way for our economy and the nation as a whole. Remember, the federal government already decided it’s legal for companies to require coronavirus vaccines. The most obvious next step: A mandatory “vaccine passport” certifying its holder has gotten the recommended injections.

The assertion by the establishment is that life would simply go back to normal as long as you comply and get your shots like a good citizen. But from what I have seen even some people who have taken the vaccines voluntarily do not want a passport system in place, and for good reason. Should a mandatory vaccine passport system be implemented, life will never be normal again.

Vaccine passports are not a panacea

First we have to take into account the fact that there will never be a 100% vaccination rate in the U.S.; not even close. With a number of states at or below a 50% vaccination rate, there is a question of practicality regarding vaccine passports. Such a program would mean that around half the country could be put in the position of hearing they have no right to employment or possibly even general interaction in trade because they won’t take the experimental jab.

The real concern with a vaccine passport has nothing to do with coronavirus, or herd immunity, or saving lives. It’s a tool of control. Like the Soviet Union’s communist party membership card, it’s an official document that demonstrates compliance to authority. It’s a tool to divide the U.S. population.

If this autocratic diktat was directed at a tiny minority of people within the population, it might work at frightening them into accepting the vaccinations; to go along to get along. But, with hundreds of millions of people saying “no way,” history tells us the more pressure applied the more rebellion is inspired.

Second, we have to consider what the immediate economic and financial effects will be in light of this conflict. For example, look at the amount of relocation and migration that has happened in the U.S. in the past year alone. Many millions of people have escaped from predominantly blue states based on political and social factors; and the covid mandates and lockdowns are a big part of what inspired most people to leave.

As has been well documented, blue states are much slower in recovering economically when compared to red states with less restrictions. Not only that, but money moves with people. This is a hard reality. Conservative states are seeing ample cash inflows from tourism and mass migration while blue states are bleeding tax revenues. In light of this revelation, red states are going to ask themselves this question:

“Why would we commit economic suicide like the blue states by following their example? Wouldn’t vaccine passports be the equivalent of blue state covid mandates times a hundred?”

But let’s say for a moment that vaccine passports were somehow implemented everywhere in the country at the same exact time. What would happen then?

Well, the amount of bureaucracy that would be added between the average consumer and everyday trade would be immense, and with red tape comes a slowdown in business.

Also, let’s not forget that many thousands of people in multiple states have had “breakout” covid infections despite being fully vaccinated, which means rules on social distancing and masking will also still be in place. The amount of capital that a business owner would have to spend to meet the government requirements would continue to rise while their profits would continue to fall. Eventually, the majority of small businesses would close, just as we saw during the first series of lockdowns.

Smaller businesses, which represent about half of the U.S. retail economy, would be under so much stress from maintaining the proper restrictions and adding infrastructure that they simply would not be able to compete with major corporations and Big Box stores.

The end result would be the complete disintegration of the small business sector (except perhaps online retailers). Only national and international conglomerates would be left behind to provide brick-and-mortar services to the public, and of course many millions of jobs would be lost in the process.

Less competition means ever increasing prices and a lower quality of goods and services.

Simply put, vaccine passports could result in the death of what’s left of the free market as we know it. The majors will know they have the public by the scruff of the neck, so why bother trying anymore? They can throw us scraps from the table and we would have to take them and be happy with what we get.

Practical alternatives to the death of the free market

Then again, there is a central factor that tends to arise when restrictions on the economy are put in place – The black market, or what I would call “alternative markets”.

When governments restrict domestic trade and limit consumer participation based on frivolous requirements, people don’t just roll over and submit. Instead, they find other ways to get the things they need more freely. This means black market trade or barter markets, alternative currencies and sometimes entire underground economies.

Free markets will not be denied. And this is where the government disguise of humanitarianism will really fall away and true tyranny will be revealed.

Anyone rational would say that people trading with each other on an individual or community basis is perfectly normal, but under medical tyranny such trade would be treated as an ultimate crime. By providing services for each other, common people would be “opening the door” to survival outside of the system, and if survival is possible, then non-vaccination is possible. Therefore, the argument will be made by the establishment that alternative economies need to be eliminated “for the good of society as a whole.” There is always an excuse for totalitarianism.

With a large portion of the population seeking a means to live without oppression, alternative markets will thrive, and the government will make war on them. Which means the people will be forced to make war on the government. It’s inevitable under every scenario. But in the meantime, barter and trade will continue without vaccine passports and there’s not much that governments can do to stop it.

I have little doubt that precious metals will become go-to commodities for trade as a currency, just as they always have in times of crisis. All trade systems need a universal mechanism with inherent value to back it, otherwise more and more steps are added in the trade cycle and it becomes more difficult to conclude each transaction. Straight barter will be useful, but so will precious metals (especially gold and silver) along with other hard commodities with intrinsic value and utility.

What I see in the near future is economic disaster in the wake of any attempt at a vaccine passport system. Millions will lose their jobs or quit their jobs in protest. Small businesses will disappear under the weight of bureaucracy and constant scrutiny. The quality of goods and services will suffer as competition shrivels. But I also see the birth of a whole new economic system outside of the mainstream control grid. I see true free markets returning, and eventually, I see full blown rebellion.