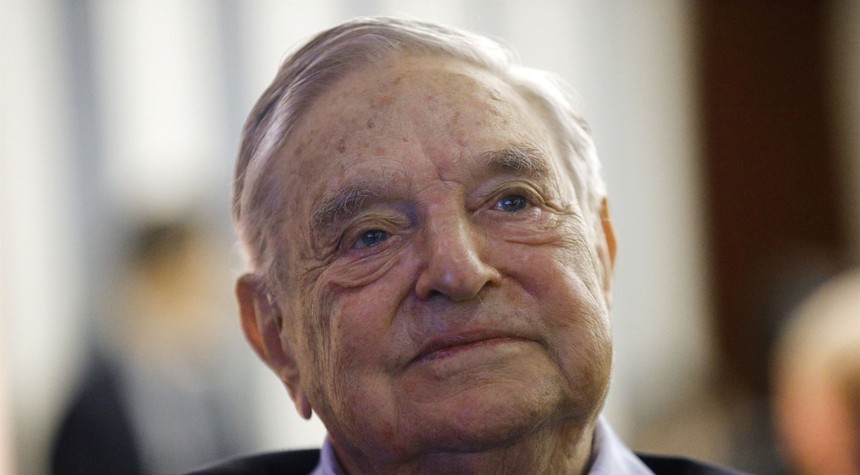 There’s a movement afoot in Virginia to recall three commonwealth attorneys who were elected in 2019 with a huge assist from George Soros’s money.

The “commonwealth attorney” in Virginia is akin to a district attorney in most other jurisdictions. Whatever you want to call them, their radical policies have contributed to a massive violent crime wave in counties in the Washington, D.C., vicinity.

The three counties — Fairfax, Arlington, and Loudon — are dealing with the fallout from radical policies being pushed by Steve Descano, Buta Biberaj, and Parisa Dehghani-Tafti. All were elected in 2019 and all received money from Soros’s Open Society Foundations. Their policies include ending cash bail, limiting cooperation with federal immigration authorities, altering sentencing guidelines to make them far more lenient, and easing up on prosecutions for so-called “precursor crimes” — less serious legal infractions that could open the door to other crimes.

George Gascón of Los Angeles was elected in 2020, as was Shalena Cook Jones, the Democratic district attorney-elect for Chatham County in Georgia. St. Louis Circuit Attorney Kim Gardner was re-elected after more than $100,000 in Soros cash was thrown into the race.

Is it just a coincidence that murder and other violent crime rates are soaring in these and other cities? Some citizens in Virginia have decided they’ve had enough and have created an organization to fight the radicals.

Through his political action committee, Soros, a billionaire and megadonor known for trying to dye America deep-blue by bankrolling radical candidates in local races, reportedly spent almost $2.1 million on ads, mailers, and polls in the primary and general election to get the three Virginia leftists elected. In Arlington County, for instance, the Soros-backed Dehghani-Tafti ousted Commonwealth’s Attorney Theo Stamos, who had been in that post for more than 30 years.

“Make no mistake these radical prosecutors are not an organic movement, they were picked, trained, and financed (very handsomely) to push an agenda,” Sean Kennedy, president and chairman of Virginians for Safe Communities, told The Federalist. “For too long, the pro-public safety forces have been in retreat in the face of this onslaught. Now, we stand and fight back.”

Steve Descano, Buta Biberaj, and Parisa Dehghani-Taft have all been accused of unsavory practices. Descano has been accused of withholding exculpatory evidence, known as a Brady violation, in the case of Fairfax County police officer Tyler Timberlake, who was charged with unnecessary use of his taser.

“Make no mistake these radical prosecutors are not an organic movement, they were picked, trained, and financed [very handsomely] to push an agenda,” Sean Kennedy, president and chairman of Virginians for Safe Communities, told The Federalist. “For too long, the pro-public safety forces have been in retreat in the face of this onslaught. Now, we stand and fight back.”

Virginians for Safe Communities is a 501(c)4 organization that advocates for public safety and highlights the pitfalls of leftist prosecutors. They have begun a recall effort in those three counties, joining other concerned citizens across the country trying to recall radical school boards that are pushing critical race theory.

There is also a recall effort underway in Los Angeles, where George Gascón has enraged some residents by ignoring victims’ rights. But the fact is, the public doesn’t care. St. Louis County’s Kim Gardner was easily re-elected as was Cook County’s Kim Foxx. Soros’s brilliant strategy to undermine American society by attacking the traditional legal foundations of the country is paying off — not because there is overwhelming support for radical policies, but because Soros has something that the radical left has never had before: billions and billions of dollars.