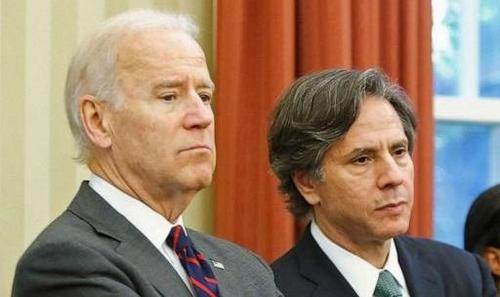 Around two dozen State Department officials at the US embassy in Kabul warned of a potential collapse following the Aug. 31 troop withdrawal deadline, according to the Wall Street Journal, citing a ‘person familiar with the cable.’

Using a special ‘dissent channel’ within the State Department, the cable – sent to Secretary of State Antony Blinken and another top State Department official – warned of ‘rapid territorial gains by the Taliban and the subsequent collapse of Afghan security forces,’ and offered suggestions on how to speed up evacuation and mitigate the obvious crisis slated to ensue, two people told the WSJ.

In total, 23 US Embassy staffers – all Americans, signed the July 13 cable, which was given a rush status ‘given the circumstances on the ground in Kabul.’ In addition to Blinken, it was sent to the Director of Policy Planning, Salman Ahmad.

Blinken received the cable and reviewed it shortly afterwards according to the report.

The cable, dated July 13, also called for the State Department to use tougher language in describing the atrocities being committed by the Taliban, one of the people said.

The classified cable represents the clearest evidence yet that the administration had been warned by its own officials on the ground that the Taliban’s advance was imminent and Afghanistan’s military may be unable to stop it. -WSJ

According to the report, some 18,000 Afghans and their families who had applied for special US Immigrant Visas remained in Kabul in areas under Taliban control, while efforts to reach the airport have become increasingly difficult.

US intelligence officials have sparred with the White House over who was warning of what, and when. And as the Journal notes, the existence of this confidential State Department memo warning of impending doom adds a crucial piece to our knowledge of how this all went down.

Why Blinken and Biden didn’t take immediate action despite receiving a ‘dissent channel’ emergency communication from their staff on the ground in Kabul is unknown, however Blinken is apparently so bad that John McCain called him “dangerous to America” in a 2014 Senate speech, adding that he was “one of the worst selections of a very bad lot” as Obama’s nominee for Secretary of State.

In July, Biden confidently said the collapse of the Afghan government and a Taliban takeover was “highly unlikely,” suggesting that the country’s US-trained National Security Force could handle the threat.

Gen. Mark Milley, the ‘woke’ chairman of the Joint Chiefs of Staff at the Pentagon, said that the rapid fall of Kabul was unanticipated – saying on Wednesday “There was nothing that I or anyone else saw that indicated a collapse of this army and this government in 11 days.”

The signatories of the dissent channel cable urged the State Department to begin registering and collecting personal data in advance for all Afghans who qualify for Special Immigrant Visas, aimed at those who worked as translators or interpreters; locally employed embassy staff; and for those eligible for other U.S. refugee programs while there was still six weeks left before the withdrawal deadline.

It also urged the administration to begin evacuation flights no later than Aug. 1, the people said.

On July 14, a day after the cable was sent to the State Department, the White House announced Operation Allies Refuge to support the relocation of interested and eligible Afghan nationals and their immediate families who supported the U.S. government for the special immigrant visas. Evacuations didn’t kick into high gear until last week and have been complicated by the Taliban takeover of Kabul on Sunday. -WSJ

After the Taliban swept in and took Kabul over the weekend, the US evacuated its embassy staff from Kabul – some of whom were relocated to a makeshift location at the Hamid Karzai International Airport surrounded by US troops.