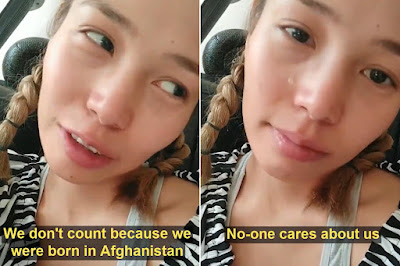 With every new report coming out of Afghanistan the death and chaos created by the handling of the U.S. troop pull out, looks worse and worse…. because it is.

The Taliban has taken over in the days since America abandoned not only Afghanistan allies, but Americans in Afghanistan as well, with the Biden regime’s “America Last” policy,  refusing to prioritize the evacuation of Americans.

The Taliban has shiny new American issued guns, vehicles, and all districts American pushed them out of over a 20 year operation.

Scenes of people dropping out of planes as they try to hold on to get away before more blood runs in the streets.

The situation was bungled so badly that the media is trying to something new – actual journalism.

Some media personalities are still trying to spin and protect Biden from his own actions, but when the majority of liberal media personalities turn against a Democrat president, you know Biden botched this so badly even the MSM couldn’t excuse his absolute incompetence.

It shouldn’t take long for them to remember that Republicans look ready to retake the House and the Senate in 2022, leaving the Biden regime basically a lame duck for their last two years.

To say the whole thing is a mess would be the understatement of the year, perhaps the decade.

EVEN THE MEDIA CAN’T SPIN THE WORSENING SITUATION

As images of Taliban members holding U.S. weaponry and showing of U.S. military vehicles that they now control, we see a Pentagon spokesman refuse to answer an Associated Press reporter’s question about plans to prevent the Taliban from getting their hands on American military weapons.

He couldn’t answer because their was no plan in place to prevent the arming of the Taliban with American weapons.

A few examples of what Joe Biden just handed the Taliban in Afghanistan: 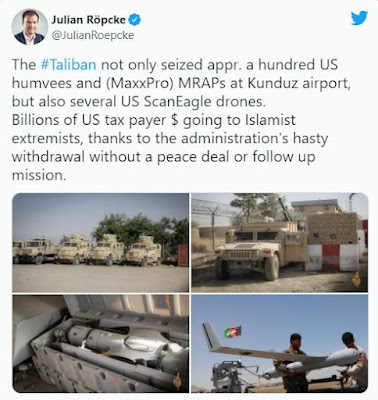 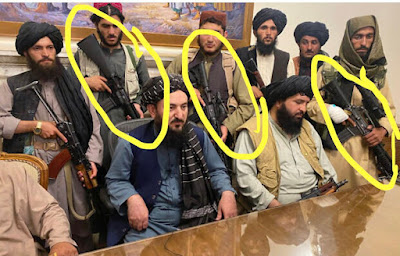 Some of the examples we see of the media floundering and unable to protect Biden with spin, consists of those that are simply ripping into him, at least for now.

Others “report” that the Taliban is chanting “death to America,” but they “seem friendly.”

You really can’t make this stuff up.

The point here is that even those trying to spin this while fiasco, are showing how badly Biden and Co. fumbled this operation.

Others, are actually attempting to sound like reporters and are calling Biden out.

Not sure how long this attempt at at actual “journalism” will last, but for the moment, it appears that the majority of conservative and liberal media are all “pouncing” on this utter cluster.

• NBC: ‘The international jihadi movement is now seeing itself reinvigorated’