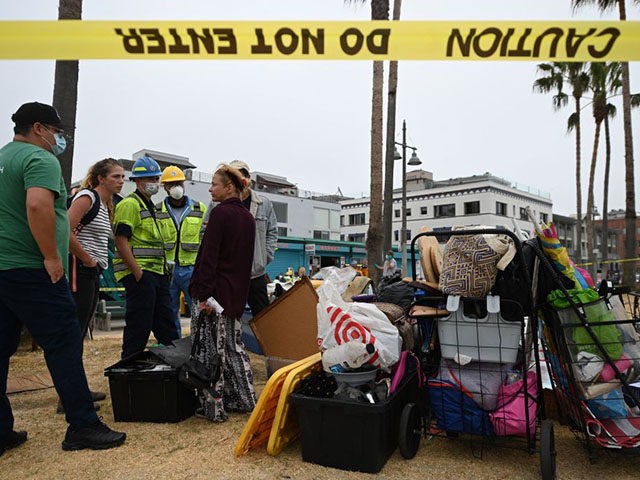 Los Angeles County Sheriff Alex Villanueva is slamming officials in his city who have failed to address the crisis of an estimated 80,000 people living on the streets.

“The homeless crisis is a problem we can solve, if our elected leaders check their woke privilege at the door!” Villanueva wrote on social media.

The homeless crisis is a problem we can solve, if our elected leaders check their woke privilege at the door! https://t.co/tyTEPAAHJu

Last month, Villanueva wrote a letter to the Board or Supervisors to declare a state of emergency to address the issue.

The letter reads, in part:

Since taking office, I have watched state, county, and local government fail to address the homeless crisis affecting the residents o Los Angeles County (County). Despite spending in excess of $6.5 billion over the last ten years to address the issue, and the creation and efforts of the Los Angeles Homeless Services Authority (LAHSA, nothing has changed. In fact, the homeless problem has only grown by approximately 20 percent each year. According to LAHSA’s 2020 count, Los Angeles County had over 66,000 persons experiencing homelessness living in our streets. Conservative estimates for 2021 put the figure over 80,000 persons.

Our County is facing many existential threats. With violent crimes on the rise, a nearly 100 percent increase in homelessness , illegal marijuana cultivation and distribution by organized crime rings, and the homeless population spiraling out of control, our resident are being held hostage in their local communities.

I strongly urge the Board of Supervisors (Board) to declare a local state of emergency on the homeless crisis. Los Angeles County is experiencing an influx of transients from across the nation taking advantage of our services. Needless to say, these individuals dying every day on our city streets because they are not getting the services they need. Failed policies, self-interest groups, and political agendas are enabling a national crisis to fester within our communities.

Villanueva has faced criticism from the left, with some comparing him to former President Donald Trump.

“Villanueva’s propensity to dump on his predecessor and gleefully thumb his nose at his critics has led one county official to brand Villanueva ‘the most Trumpian Democrat’ ever elected in L.A. County,” Los Angeles magazine reported in 2019.