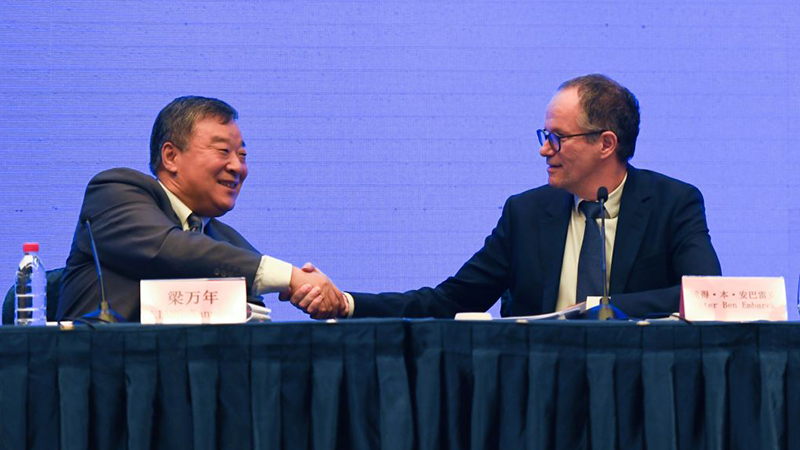 CCP “agreed” to allow mention of the lab leak theory, on the grounds that they did not recommend ANY follow up investigations

The head of the World Health Organization’s origin investigation into COVID-19 has admitted that China basically ordered his team on what to write in their report and allowed them to mention the lab leak theory, but only on the condition that they didn’t recommend following it up.

Revealing what is clear evidence of a cover up, the Washington Post reports that Danish WHO chief Ben Embarek made the admission after also commenting that he believes patient zero was a worker at the Wuhan Institute of Virology, where experiments on coronaviruses were being carried out.

Embarek noted that “human error” could have ultimately led to the virus jumping to humans, but that “the Chinese political system does not allow authorities to acknowledge that.”

Embarek commented that “Somebody could also wish to hide something.”

So, the Washington Post is reporting that the head of the WHO origins investigation team now says they essentially got dictated by the Chinese officials what possibilities could be included in their report on virus origins, and with what conditions. https://t.co/PBPz9h7xrc pic.twitter.com/NlMZ5A3Z9T

As we have previously noted, the Communist Chinese government, along with Dr. Peter Daszak, President of the EcoHealth Alliance, steered the course of the pathetic WHO “investigation”, which had already dismissed the lab leak notion after only a three hour visit to the facility in February.

In addition, China has refused to cooperate with the renewed WHO probe, declaring that any attempt to look into the lab leak theory goes “against science” and claiming, contrary to U.S. intelligence and the WHO’s own conclusions, that workers in the lab were hospitalised with COVID in the autumn of 2020.