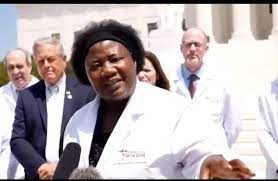 Dr. Stella Immanuel, the pro-hydroxychloroquine doctor who was derided by the fake news media for attempting to save lives near the peak of the COVID-19 pandemic, is striking back against CNN.

Immanuel has launched a $100 million lawsuit against CNN and host Anderson Cooper for what she believes were false and defamatory statements made against her character.

“In an effort to vilify, demonize and embarrass President [Donald] Trump, Cooper and CNN published a series of statements of fact about Dr. Immanuel that injured her reputation and exposed her to public hatred, contempt, ridicule, and financial injury,” the lawsuit stated. It was filed in federal court on July 27.

Immanuel said that she believes Cooper and CNN “effectively caused the deaths of hundreds of thousands whose lives would have been spared if they had been treated early with HCQ.”

Big League Politics has reported on the suppressed science showing that hydroxychloroquine can effectively treat COVID-19:

“A new study has demonstrated that treating COVID-19 with hydroxychloroquine makes patients 84 percent less likely to be hospitalized.

The study is set to be published in the International Journal of Antimicrobial Agents in December. It has determined that “low-dose hydroxychloroquine combined with zinc and azithromycin was an effective therapeutic approach against COVID-19.”

The elites are suppressing hydroxychloroquine because they want the public to feel helpless against the virus. They never intend to give the public their liberties back, hoping that the public will accept a “new normal” of globalism and technocracy.“

A victory for Immanuel in court would be a powerful rebuke to the propaganda machine set up to maximize profits for Big Pharma and demonize whistleblowers who actually want to help patients. 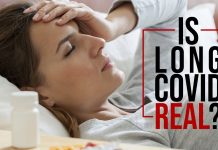