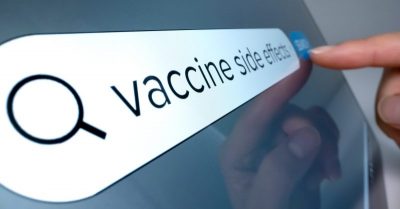 According to Dr. Peter McCullough, early treatment could have prevented up to 85% of COVID-19 deaths. Early at-home treatment also minimizes the spread, as the amount of time you’re infectious can be reduced from two weeks to about four days

Despite being inexpensive and readily available, early treatments have all been censored and suppressed in order to secure a global mass vaccination campaign

More than 80 colleges and any number of employers are now implementing mandatory COVID vaccination. The only way for them to understand what the implications of that decision might be is to review the VAERS data. They’re not going to get any clues elsewhere, thanks to the universal suppression of information

In 1976, the U.S. government vaccinated 45 million people against pandemic swine flu. The entire program was canceled after reports of just 53 deaths

According to Dr. Peter McCullough, vice chief of internal medicine at Baylor University Medical Center and known for being one of the top five most-published medical researchers in the United States, COVID-19 vaccines are killing “huge numbers” of people and the government is simply ignoring it.

In a video interview with investigative journalist and founder of Liberty Sentinel, Alex Newman, McCullough says the U.S. government, the Bill & Melinda Gates Foundation and health agencies around the world have all committed to vaccinating the global population while sitting on data showing the COVID-19 “vaccines” are turning out to be the most lethal vaccines ever created.

McCullough, who also has a master’s degree in public health, has provided testimony in three different Senate hearings, sharing the treatments he used to help patients recover from COVID-19 and avoid hospitalization. He summarizes his protocol in the interview.

These strategies are also detailed in “Pathophysiological Basis and Rationale for Early Outpatient Treatment of SARS-CoV-2 Infection,” published in the January 2021 issue of the American Journal of Medicine.1 He was also a consulting editor of “A Guide to Home-Based COVID Treatment.”2

During a recent Texas state Senate Health and Human Services Committee hearing, McCullough noted that, according to available data, early treatment could have prevented up to 85% of COVID-19 deaths.3 Early at-home treatment also minimizes the spread, as the amount of time you’re infectious can be reduced from two weeks to about four days.

Yet, despite being inexpensive and readily available, early treatments have all been censored and suppressed, apparently in order to secure this global mass vaccination campaign. In fact, as McCullough notes, there’s been no clarified guidance on COVID treatment at all, not even hospital protocols.

The entire focus of our health agencies has been on masking, lockdowns and waiting for a gene therapy “vaccine.” The results have been devastating. Five months into the mass vaccination campaign, more than 10,000 in the U.S. and European Union have already died after getting the shots. Any other vaccine would have been pulled from the market by now.

For example, in 1976, the U.S. government vaccinated 45 million people against pandemic swine flu. The entire program was canceled after reports of just 53 deaths, according to Fox News.4 Note: The number of deaths reported after the 1976 inoculation program varies from three to 53, depending on the source.5,6,7

Compare that to these novel COVID-19 gene therapies. So far, an estimated 124 million Americans are fully vaccinated against COVID-19 and the death count is already at 3,837, as of April 30, 2021.10

Worse, it appears the vaccine adverse event reporting system (VAERS) is backlogged by about three months,11 so this is likely to be a serious undercount. Even if VAERS was fully caught up, it would be an undercount, as only 1%12,13 to 10%14 of adverse events after vaccination are ever reported. So, in reality, we might be looking at anywhere from 38,370 to 383,700 COVID vaccine-related deaths.

A third comparison can be made against vaccines as a whole. As reported by Tucker Carlson,15May 6, 2021, the COVID-19 shots have already resulted in more deaths than all available vaccines combined from mid-1997 until the end of 2013 — a period of 15.5 years.

No Other Vaccine Has Harmed This Many

In a recent report, the Israeli People Committee (IPC), a civilian body of health experts, similarly concluded that “there has never been a vaccine that has harmed as many people.” The Committee received 288 reports of death following COVID-19 vaccination, 90% of which occurred within 10 days. According to this report (translated from Hebrew):16

“According to Central Bureau of Statistics data during January-February 2021, at the peak of the Israeli mass vaccination campaign, there was a 22% increase in overall mortality in Israel compared with the previous year.

According to this estimate, it is possible to estimate the number of deaths in Israel in proximity of the vaccine, as of today, at about 1000-1100 people.”

The contrast in the government’s response to COVID-19 vaccine deaths compared to the 1976 swine flu pandemic vaccination campaign is “alarming,” McCullough says.

February 19, 2021, the U.S. Centers for Disease Control and Prevention issued a statement saying there were “no safety problems” with Pfizer’s and Moderna’s mRNA injections.17 Of the 113 deaths reported at that time, none was deemed to be related to the vaccines.

Then, in May 2021, after reviewing 1,600 deaths reported to VAERS with an unnamed group of U.S. Food and Drug Administration doctors, the CDC declared that none of the deaths was related to the vaccine — this despite 24% of deaths have occurred within 48 hours of injection, and 16% within 24 hours. The problem is that it would take several months to investigate that many deaths, so the likelihood that this was a thorough investigation is slim to none.

“It is impossible for unnamed regulatory doctors without any experience with COVID-19 to opine that none of the deaths were related to the vaccine,” McCullough tells Newman.

“So, I think this was effectively a scrubbing, like we’ve seen elsewhere … We’re sitting on, right now, the biggest number of vaccine deaths [and] there’s been tens of thousands of hospitalizations, all attributable to the vaccine, and [we’re still] going strong.”

The reason you’re not hearing any negative news about these “vaccines” is because major media networks and stakeholders in COVID-19 vaccines have formed a “trusted news credibility coalition” that seeks to prevent any negative information about COVID vaccines to get into the popular media “because they’re concerned about vaccine hesitancy,” McCullough says.