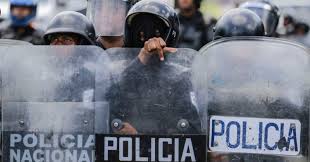 Before I get to the bad news, let me start with some good news. Christopher F. Rufo tweets that the revulsion against Critical Race Theory being taught in schools is showing results. Nine states have already banned it: Arizona, Texas, Tennessee, Florida, Arkansas, Oklahoma, New Hampshire, Iowa, and Idaho. As more people realize this effort to divide us into what Scott Adams calls “losers and assholes” I expect we will see more states banning the teaching of this perfidious, noxious, baseless nonsense. On the other hand, there seems no backing off of it in the military, where it can do nothing but weaken our defense capabilities.

Other good news is that courts are rejecting efforts to scrap voter reform. Voter Reform is winning, and it’s what the voters want:

Just the News reported, “A strong, 62% majority of registered voters believe that Americans should have to provide photo identification when submitting a mail-in ballot, according to a new Just the News Daily Poll with Scott Rasmussen.

“Just 23% of respondents said voters should not be required to include their photo ID with mail-in ballots.

“Responses in favor of a photo ID requirement include 78% of Republicans, 50% of Democrats, and 60% of independents. An equal number of white and Hispanic respondents favored the rule, as did 51% of black voters.”

Jim Crow died more than a half-century ago thanks to civil rights legislation that Republicans made possible. LBJ needed 23 Republican votes in the Senate to overcome a filibuster. Everett Dirksen delivered 27.

The Democrat Party, which had passed actual Jim Crow laws now is losing in its attempt to reverse good policy by crying racism.

One more piece of good news, a Freedom of Information Act suit by Judicial Watch has confirmed what we’ve suspected — Dr. Anthony Fauci’s National Institute of Allergy and Infectious Diseases (NIAID) was deeply involved in the Wuhan Lab’s work on developing coronavirus and surely knew or had reason to know the source of COVID-19. He can hardly keep denying his collaboration in the development of the virus and efforts to obscure its source.

These new records reveal that NIAID gave nine China-related grants to EcoHealth Alliance to research coronavirus emergence in bats and was the National Institute of Health’s (NIH) top issuer of grants to the Wuhan lab itself.

These records also include an email from the Vice Director of the Wuhan Lab asking an NIH official for help finding disinfectants for decontamination of airtight suits and indoor surfaces.

Additionally, a World Health Day announcement lists “successful activities” of the US-China collaboration that included “detailed surveillance throughout China and in other countries on the emergence of coronaviruses” and NIH’s receipt of influenza samples from China to “assess risks associated with emerging variants for pandemic and zoonotic threat.”

The records further show that, in 2018, Dr. Ping Chen, the NIAID Representative in China, learned of a “type of new flu vaccine using nano-technology from China’s Wuhan Institute of Virology” and discovered that the Chinese had blocked all Internet links to reports on the new technology. This led Chen to write an urgent “night note” to US Government officials. The note said, “The intranasal nano-vaccine can target broad-spectrum flu viruses and induces robust immune responses.”

The documents also include a picture of the Wuhan facility building taken by Dr. Chen.

The bad news this week, is that the media is still feeding us baloney, the surveillance state is growing and we now have — with judicial acquiescence — a group of political prisoners in D.C. and a lunatic FBI dragnet against everyone who was anywhere near the Capitol on January 6.

Most of us have not the perseverance, wit, or time to dissect the news. Dr. Randy Bock, a Facebook friend, does and he analyses a widely distributed AP story on the Northwestern heatwave by AP “science writer” Seth Borenstein, whose background is a BS degree in journalism from Boston University. Bock reveals the lack of independent investigation of sources and an exaggeration of the results of “studies” which align with the media agenda.

The article which appeared in hundreds of papers under different headers (the Omaha World Herald’s is “Northwest heat wave impossible without climate change”) purportedly is based on a study by an outfit called World Weather Attribution. Bock never heard of it, and neither have I. The Borenstein article describes the group as “An international team of 27 scientists”  and says it “calculated that climate change increased chances of the extreme heat occurring by at least 150 times, but likely much more.”

The World Weather Attribution website does not list its source of funding, and if Borenstein asked, he didn’t say. Their mission only discusses the “possible” influence of climate change on extreme weather conditions. If we knew the funders we might possibly find out whether they included billionaire investors in green technology who would profit from such scaremongering. And scaremongering it is. As Bock notes, “On February 10, 1933 the temperature in Pendleton, Oregon hit 119 degrees. The CO2 concentration then was 309 ppm”, one hundred ppm less than the worldwide  CO2 concentration today. It is with good reason that as Rasmussen reports 58% of U.S. voters at least somewhat agree that the media are “the enemy of the people.”

In a press release, the Capitol Police, a largely patronage operation designed to protect the Capitol, just received a large boost in its already substantial budget to build regional offices in California and Florida and then in other regions “to investigate threats to members of Congress.

Reason shares my concern about yet another spying operation:

The department does not need to become yet another unaccountable intelligence agency involved in the dubious and often nakedly political project of conducting widespread surveillance on the American people. Opening field agencies and monitoring “threats to members of Congress” are actions that dilute the Capitol Police’s very clear mandate to guard the Capitol building. The FBI, National Security Agency (NSA), Department of Homeland Security, and CIA are already empowered to investigate threats to political leaders; the federal government does not need to hire additional spymasters for this purpose, especially given that the agencies burdened with doing so have tended to violate the rights of innocent Americans.

But make no mistake: The Capitol Police has every intention of becoming just like the FBI and the NSA.

Even worse, as the Capitol Police force is considered part of Congress, it is not covered by the Freedom of Information Act which means its operations are not transparent or accountable. That’s what has so far kept it from having to divulge the name of the officer who shot Ashli Babbitt.

Neither the Capitol Police nor the FBI has made publicly available the thousands of hours of videos of the January 6 Capitol riot which by now only the most deranged, ill-informed, or partisan continue to claim was an “armed insurrection” or one that resulted in the death of an officer.

Still, the media and Pelosi fantasy descriptions seem to have influenced the local courts to keep in jail pending trial without bail, some hundreds of participants on what are largely misdemeanor charges. And the circumstances under which they are being held are appalling as one judge finally took notice.

“I can’t allow someone to sit in prison for this long without access to material,” Judge Randolph Moss said at a court hearing on Thursday, saying the delay in evidence was “utterly unacceptable” and “not consistent with due process.” [snip]

Randolph ordered prosecutors to work with the jail to grant the defendant access to the evidence against him by the end of Thursday, reported CNN. If Mink doesn’t gain access to the documents soon, the judge said, his detention may be reconsidered.

There have been other reports of Jan. 6 defendants not being able to gain access to evidence against them, essentially denying them due process under the Constitution’s Fifth Amendment. Prosecutors have suggested that due to the sheer number of arrests related to the incident, there have been delays.

So far, more than 500 defendants across nearly every U.S. state have been charged over the past six months over the Jan. 6 breach, according to the Department of Justice in early July.

It comes as lawyers earlier this month said that dozens of people in federal custody following the Jan. 6 incident are currently being held in solitary confinement, denied access to legal counsel, and are being denied medical care.

“There are about 50 plus or minus that are being detained, that have been in prison for months and will likely remain in prison for many more months until their day in court,” attorney John Pierce told EpochTV’s “The Nation Speaks.”