There is no economy. There is however, trillions in Fed/Government money keeping the plates in the air. So let’s talk about inflation, the so called economy, and what’s really going on.

There is no economy. There is however, trillions in Fed/Government money keeping the plates in the air. So let’s talk about inflation, the so called economy, and what’s really going on.

In Illinois, the average person on unemployment benefits gets $805.00 per week. That’s over 41K dollars a year, to sit on your ass and eat bon-bons. Then people wonder, why virtually every business in the state has a “help wanted” sign out, and no one shows up.

The Feds say there’s no inflation, yet if you’re a human being that lives in the United States, then you know first hand that not only is there inflation, it’s obviously roaring. Besides just price appreciation, we’ve got “shrinkflation” which has hit virtually everything we buy. The following from CNN no less:

You’re not losing your mind. You are actually paying the same price or more these days for everyday items in your fridge and pantry but running through them more quickly because their sizes have shrunk.

The reason? A tactic known as “shrinkflation,” deployed by consumer product brands and grocery stores. The phenomenon — getting less for your money because a manufacturer has reduced the size of the product— has been going on for decades, but it typically becomes more common when companies’ costs go up like the inflation surge we are seeing today.

Between the massive spending programs of the Government and the massive money printing from the central banks, and the shrinkflation fostered on us, one would think we are in a hyperinflationary period. Yet we’re not quite there. Why?

Well, because of several factors, the velocity of money is near all time lows. One reason is that people are hoarding their money when they get it, but that’s only a very small part of the equation. The real problem is that you can’t spend money on goods that don’t exist.

The Covid, whether you think it’s from a bat taking a bath in some lady’s soup in China, or a Bioweapon unleashed to cripple the world so they can usher in their perverted view of the New World order ( spoiler alert.. that’s it) has broken supply chains all across the globe. Let me explain

A friend of mine went to the Polaris dealer to get a new ranger UTV. (utility terrain vehicle) and when he got there, expecting to wander around dozens of models, all he saw was ONE. One lone machine on the lot. When he asked, what’s that about? It was all about supply. Factories had shut, parts manufacturers had shut, shippers had shut, etc. The guy said he’s been taking down payments and orders, but they’re months and months behind on delivery.

Likewise, I see the same thing in various areas. We all know that there’s trucks and cars sitting in fields with no chips to make them run. People I know who tried to buy a jet ski, were shut down, as there was none in 100 mile radius. RVs are in short supply. Boats are in short supply. And when you find something used, it’s either gone the day its listed or it’s astronomically priced.

Well you can’t spend money, and expect the velocity of exchange to increase, when there’s no product to buy.  So even if my friend bought the one lonely unit on the lot, and the dealer took his profit, could the dealer buy what ever product he wanted to buy for his home or family? Maybe not. For months people have waited 9+ weeks to get a refrigerator. People I know that tried to buy furniture were guaranteed an October delivery. And so it goes. People that are willing to spend, can’t spend.

Thus the velocity of money is very low. If it was  somehow to be “normal” tomorrow, we’d experience an inflation shock, which the world has never seen. But guess what? The Feds know this. The Central banks know this. They know that their insane printing is horribly inflationary, but they can gloss it over, via velocity.

And guess what? They’re doing all they can to keep velocity down. No, they don’t come on TV and say “hey, we’re going to do shady things, to keep money from actively changing hands, and thus keep us from seeing hyper inflation!”  No, they don’t SAY it, they just find ways to do it.

Every good scientist knew, and knows that lockdowns don’t solve pandemics. But every Fed head knows that people locked down, aren’t out spending money and trying to find goods. Do you think that Central banks might have some say in the medical policies of the WHO??

Let me explain something here. NO institutions as big as pharma and healthcare, and agencies like WHO are “allowed” to do a damn thing without the blessing of the global bankers. Period. The bankers run this world, not the blowhards at the WHO or the CDC or you name it. If the bankers need lockdowns to slow the velocity of money, by damn they’re going to get lockdowns.

The new trend is the division of vaxed versus non vaxed. Let me rephrase that, there’s always been the enormous push for everyone to get vaxed and for those that were uncomfortable with it, there were millions of “Karens” to tell them of their evil choice. That’s been on since the start.

But now, we’ve got a new issue. As the different states each enact their version of “re-opening” there’s all manner of different rules. In some areas, we’re seeing things like “only those with a vaccine can go to restaurants and bars”. Then there’s the parts where if you have no vaccine, you can’t travel, no flying, no cruises, no trains.  Well, let me ask you something. How many unvaxxed are there?

I don’t believe the Government numbers at all. I don’t for a moment believe that 49.7% of the US is vaccinated. But for sake of argument, lets use their number.

Half, yes half of the people in the Country, can’t go dine out, go to the bar, go to sporting events, etc?? If  half can’t fly, how bad does that ding the economy??  What better way to keep the velocity of money low, than to keep 50% of the population from engaging in the economy! And make no mistake folks. They know the vaccines don’t work, they’re not there to prevent infections, Fauci fessed up to that months ago.

Today’s not the day I’m going to dive into the whole Vax issue. What I am saying however, is that Central banks need cover for the insane amount of distortions they’ve created. That cover fits neatly in the “Rona” situation, where at any moment a significant portion of the population can be forced to stay home, or at minimum, not engage in the economy.

There’s a significant and growing body of people that are refusing to get the jab, and the desperation of those wanting everyone jabbed is evident. Alongside Joey’s move to send out groups of people to “educate” the masses about why they should get the shot, in NY Cuomo is suggesting you need vaccines to travel, and those unvaxed should be coerced into being driven to a shot site.

But make no mistake. We have NO economy. It’s in shambles. The central bankers knew that if they wholesale shoveled tons and tons of money to banks again, like they did in 08/09 they’d catch holy hell. So instead, they said “hey, I got an idea, let’s just give money right to the lumps, it will save the banks in the process, and we’ll let just enough of them spend it, to keep the economy alive, but not drive hyper inflation!” 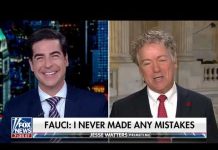