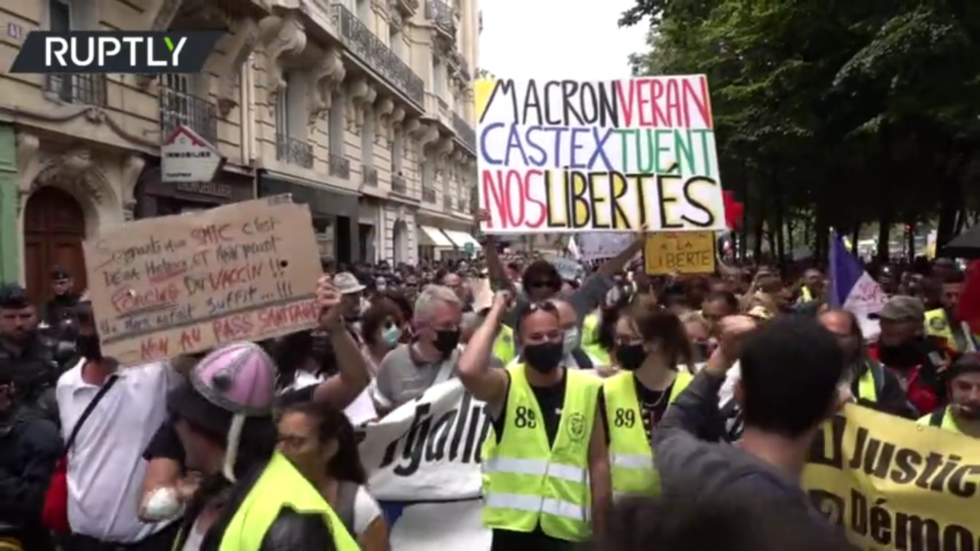 Demonstrators have flooded the streets of cities and towns across France for the third straight week as citizens continue to resist the government’s plan to require a health pass to engage in several ordinary activities.

Huge crowds turned out in Paris on Saturday as riot police attempted to corral the seemingly endless columns of protesters filling the capital’s main thoroughfares. Drumming, chanting and exploding firecrackers could be heard in a Ruptly livestream of the massive demonstration. The protesters could be heard shouting “Liberty!” as they snaked their way through the city’s streets.

At one point, scuffles broke out and police deployed tear gas as law enforcement found themselves nearly surrounded by mobs of Parisians.

Dozens of other events were reportedly held in other parts of the country.

Social media filled up with footage allegedly taken in the small city of Pau, located in southwestern France. Despite the city’s modest size, its streets were swarmed by demonstrators who turned out to express their disapproval with President Emmanuel Macron’s so-called “Green Pass.”