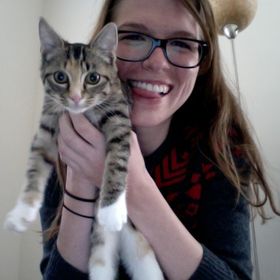 A “new” proposal by the Biden administration to create a health-focused federal agency modeled after DARPA is not what it appears to be. Promoted as a way to “end cancer,” this resuscitated “health DARPA” conceals a dangerous agenda.

[April 28, 2020], President Biden was widely praised in mainstream and health-care–focused media for his call to create a “new biomedical research agency” modeled after the U.S. military’s “high-risk, high-reward” Defense Advanced Research Projects Agency, or DARPA. As touted by the president, the agency would seek to develop “innovative” and “breakthrough” treatments for cancer, Alzheimer’s disease and diabetes, with a call to “end cancer as we know it.”

Far from “ending cancer” in the way most Americans might envision it, the proposed agency would merge “national security” with “health security” in such a way as to use both physical and mental health “warning signs” to prevent outbreaks of disease or violence before they occur. Such a system is a recipe for a technocratic “pre-crime” organization with the potential to criminalize both mental and physical illness as well as “wrongthink.”

The Biden administration has asked Congress for $6.5 billion to fund the agency, which would be largely guided by Biden’s recently confirmed top science adviser, Eric Lander.

Lander, formerly the head of the Silicon Valley-dominated Broad Institute, has been controversial for his ties to eugenicist and child sex trafficker Jeffrey Epstein and his relatively recent praise for James Watson, an overtly racist eugenicist. Despite that, Lander is set to be confirmed by the Senate and Congress and is reportedly significantly enthusiastic about the proposed new “health DARPA.”

This new agency, set to be called ARPA-H or HARPA, would be housed within the National Institutes of Health (NIH) and would raise the NIH budget to over $51 billion. Unlike other agencies at NIH, ARPA-H would differ in that the projects it funds would not be peer reviewed prior to approval; instead, hand-picked program managers would make all funding decisions. Funding would also take the form of milestone-driven payments instead of the more traditional multiyear grants.

ARPA-H will likely heavily fund and promote mRNA vaccines as one of the “breakthroughs” that will cure cancer. Some of the mRNA vaccine manufacturers that have produced some of the most widely used COVID-19 vaccines, such as the Pfizer/BioNTech vaccine, stated just last month that “cancer is the next problem to tackle with mRNA tech” post-COVID.

BioNTech has been developing mRNA gene therapies for cancer for years and is collaborating with the Bill & Melinda Gates Foundation to create mRNA-based treatments for tuberculosis and HIV. Other “innovative” technologies that will be a focus of this agency are less well known to the public and arguably more concerning.

The Long Road to ARPA-H

ARPA-H is not a new and exclusive Biden administration idea; there was a previous attempt to create a “health DARPA” during the Trump administration in late 2019. Biden began to promote the idea during his presidential campaign as early as June 2019, albeit using a very different justification for the agency than what had been pitched by its advocates to Trump.

In 2019, the same foundation and individuals currently backing Biden’s ARPA-H had urged then-President Trump to create “HARPA,” not for the main purpose of researching treatments for cancer and Alzheimer’s, but to stop mass shootings before they happen through the monitoring of Americans for “neuropsychiatric” warning signs. 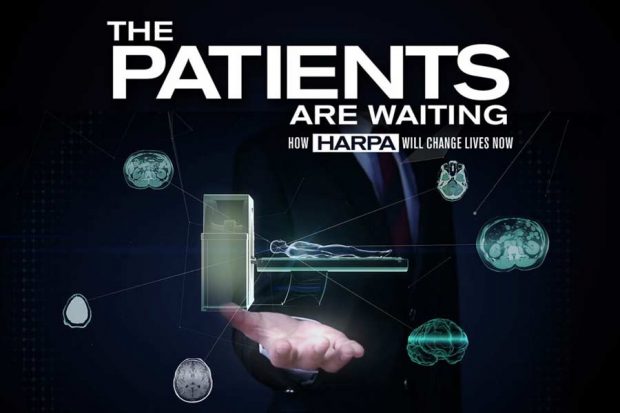 For the last few years, one man has been the driving force behind HARPA — former vice chair of General Electric and former president of NBCUniversal, Robert Wright. Through the Suzanne Wright Foundation (named for his late wife), Wright has spent years lobbying for an agency that “would develop biomedical capabilities — detection tools, treatments, medical devices, cures, etc. — for the millions of Americans who are not benefiting from the current system.”

While he, like Biden, has cloaked the agency’s actual purpose by claiming it will be mainly focused on treating cancer, Wright’s 2019 proposal to his personal friend Donald Trump revealed its underlying ambitions.

As first proposed by Wright in 2019, the flagship program of HARPA would be SAFE HOME, short for Stopping Aberrant Fatal Events by Helping Overcome Mental Extremes.

SAFE HOME would suck up masses of private data from “Apple Watches, Fitbits, Amazon Echo, and Google Home” and other consumer electronic devices, as well as information from health care providers to determine if an individual might be likely to commit a crime. The data would be analyzed by artificial intelligence (AI) algorithms “for early diagnosis of neuropsychiatric violence.”

The Department of Justice’s pre-crime approach known as DEEP was activated just months before Trump left office; it was also justified as a way to “stop mass shootings before they happen.” Soon after Biden’s inauguration, the new administration began using information from social media to make pre-crime arrests as part of its approach toward combating “domestic terror.”

Given the history of Silicon Valley companies collaborating with the government on matters of warrantless surveillance, it appears that aspects of SAFE HOME may already be covertly active under Biden, only waiting for the formalization of ARPA-H/HARPA to be legitimized as public policy.

The national-security applications of Robert Wright’s HARPA are also illustrated by the man who was its lead scientific adviser — former head of DARPA’s Biological Technologies Office Geoffrey Ling. Not only is Ling the main scientific adviser of HARPA, but the original proposal by Wright would have Ling both personally design HARPA and lead it once it was established.

A Plan to Merge Biology, Engineering and Computer Science

Ling’s work at DARPA can be summarized by BTO’s stated mission, which is to work toward merging “biology, engineering and computer science to harness the power of natural systems for national security.” BTO-favored technologies are also poised to be the mainstays of HARPA, which plans to specifically use “advancements in biotechnology, supercomputing, big data and artificial intelligence” to accomplish its goals.