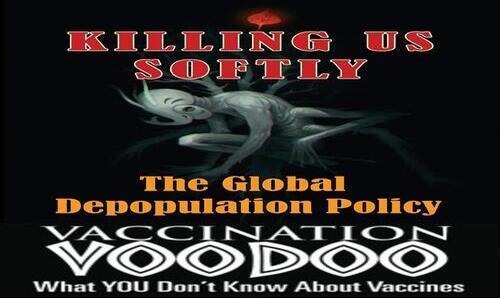 – Everything Happening To America Designed To Cause Chaos, Insanity, Hatred, Violence And Division

According to the CDC’s own definition of ‘vaccine’, a vaccine is: A product that stimulates a person’s immune system to produce immunity to a specific disease, protecting the person from that disease.

While Reuters put out this ‘fact check story’ back in February titled “The mRNA coronavirus vaccine is a vaccine, and it is designed to prevent illness”, we’ve gotten tons of proof over the past few days alone that this so-called ‘vaccine’ isn’t ‘working to prevent illness’ with numerous different stories out recently all across the world blowing the globalists ‘vaccine-is-the-answer-to-Covid narrative’ to smithereens.

And while the left continues to insanely scream about about ‘misinformation’ about vaccines killing people, as Natural News had reported in this July 13th story, according to one medical doctor in the British Columbia in Canada, “the vast majority of people who are getting injected for the Wuhan coronavirus (Covid-19) will die within a few short years from heart failure” per Dr. Charles Hoffe, M.D.

So we’ll be taking a look in this ANP story at the pure misinformation coming to the American people from our own public servants in government and from the mainstream media, proving they deserve the horrific trust levels they have amongst the American people, with our public servants in Congress approval rating at an absolutely horrific 12% according to this latest poll by Gallup.

So the first story that we absolutely have to take a look at now comes to us from Sky News, with even the ‘correction’ to that story out of the UK blowing up the globalists vaccine narrative.

With that story originally reporting that the UK’s Sir Patrick Vallance had told a news conference that 60% of coronavirus-related hospital admissions were occurring in ‘double-jabbed’ people, but that Vallance later corrected his statement to say that 60% of those in hospitals were actually ‘un-vaccinated’, THAT WOULD STILL MEAN that 40% of those in the hospital for Covid now in the UK had been vaccinated, just the first story proving to us the vaccines don’t work for everybody, if anybody.

And the drubbing of the globalists agenda didn’t stop there. 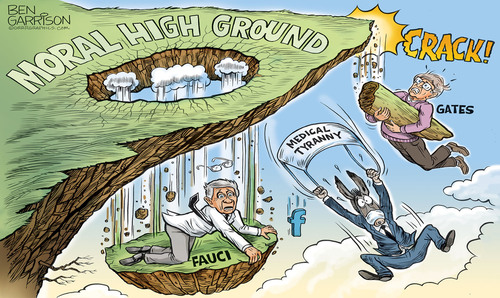 Please see more cartoons like the one above from Rogue Cartoonist Ben Garrison here.

As this new story over at NBC Chicago reports, at least 151 people have died and more than 500 have been hospitalized in Illinois due to COVID-19 in “breakthrough” cases after they were fully vaccinated, according to state health officials.

And as this new story over at the Daily Mail reports, fully-vaccinated US gymnast Kara Eaker has tested positive for Covid-19 while in Tokyo training for the Olympic games, and just days before the opening ceremony. With Eaker just the latest ‘Olympian’ to have tested positive for Covid despite being ‘fully vaxxed’, the fact that the mainstream media is calling these cases of the vaxxed still getting covid ‘breakthrough cases’ hints of HUGE trouble ahead!

With 10’s of millions of Americans relying on the ‘vax’ they’ve taken to protect them from Covid, what ‘vaccines’ are supposed to do according to the CDC, if people kept getting polio following being given the polio vaccine decades ago, would the masses have kept on taking it? Of course not, unless they were forced to.

And with the story of at least 5 fully vaxxed Democrats from Texas who recently traveled to Washington DC and met with Kamala Harris also being diagnosed with Covid after that meeting another emerging story that blows the Democrats sinister vax narrative to smithereens, why are so many people who’ve been vaxxed still ‘catching Covid’? And why would ANYONE still want to be injected by a ‘big pharma concoction’ after reading stories such as that, anyways? My body, my choice!

So we’ll argue here that what are being called ‘breakthrough cases’ by the mainstream media of the fully vaxxed still getting Covid is just another part of the huge ongoing coverup of the release of this bioweapon upon America and the world, used by Democrats to encourage massive mail-in voting fraud in America to get Joe Biden into the White House. And more importantly in the globalists eyes, get the America-first agenda out of the highest political office in the land. 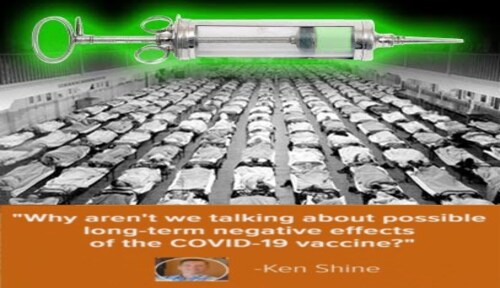 With the very real possible negative long term effects of the ‘vaccine’ something that nobody in the mainstream media ever talks about, we remind you here that according to Live Science, it normally takes years to decades to safely develop and test vaccines. With researchers beginning working on a polio vaccine in the 1930s, an effective vaccine didn’t come around until 1953 when Jonas Salk introduced his inactivated polio vaccine (IPV), an effort that took about 2 decades.

As Susan Duclos had pointed out in this july 15th ANP story, while whether or not to get the Covid-19 vax should be each individuals decision, and anyone reading this story shouldn’t avoid the vax just because we’ve personally decided to pass on it, a significant portion of Americans simply do not wish to be human guinea pigs, which is what those getting vaxxed in 2021 are.

So with America’s rapid descent into madness unfolding now before our eyes, and almost everything going on right now across the country intentionally ‘designed to cause insanity, hatred, violence, division and chaos’, what happens when the programming the masses have long been under starts to disintegrate as more and more fully vaxxed people fall ill and die and more and more truth comes to light? No doubt, people are going to lose their minds and it’s happening already with covid-related mental illnesses spiking all across America.