by John Solomon and Natalia Mittelstadt, Just The News: 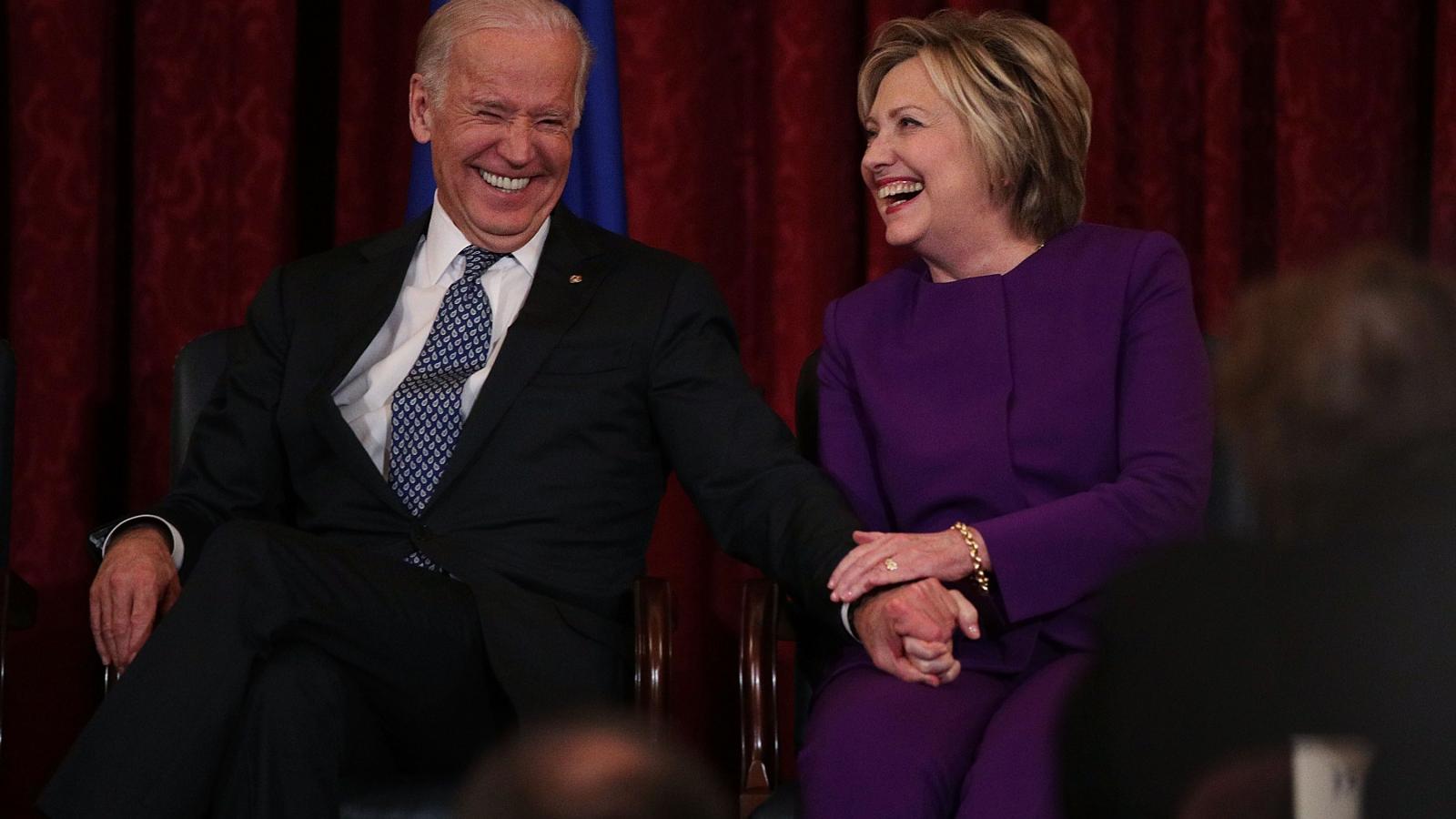 Emails on laptop seized by FBI show State Department information flowing from VP to son regarding release of American prisoner.

In a communications backdoor reminiscent of Hillary Clinton’s infamous private server, President Biden used a personal email account during the Obama years to send information he was getting from the State Department as vice president to his globetrotting, foreign-deal-making son Hunter Biden.

Messages, sometimes signed “Dad,” from the email account robinware456@gmail.com were found on a Hunter Biden laptop seized by the FBI in December 2019 from a Delaware computer shop owner.

Some of the messages from the vice president to his son obtained by Just the News were deeply personal, others were political in nature, and still others clearly addressed business matters, often forwarding information coming from senior officials in the White House, the State Department and other government agencies.

For instance, in late November 2014 the U.S. embassy in Istanbul sent an email to the State Department that was then forwarded to senior advisers to Joe Biden, including national security expert Michael Carpenter, providing an early alert that an American named Martin O’Connor was about to be released from detention in Turkey.

“The lead attorney for Mr. O’Connor reports that the court granted the detention appeal and he expected Mr. O’Connor to be released from jail today, barring any unforeseen problems,” the U.S. embassy in Instanbul wrote in an email that got forwarded to top Obama administration security and diplomacy officials, including current Undersecretary of State Victoria Nuland. “Mr. O’Connor will not be allowed to leave the country until his next hearing which is set for December 11, 2014. The lawyer expressed confidence that he will be able to leave after that hearing. The attorney is handling his release arrangements, pick up and temporary housing near his law firm’s office. Istanbul consular plans to speak with Mr. O’Connor after his release.”

State Department officials forwarded the information to the vice president’s office, where Biden aide Colin Kahl (now President Biden’s Undersecretrary of Defense for Policy) sent it to Joe Biden’s private email. The vice president then sent it to his son Hunter Biden with the subject line “Fwd: Mr. O’Connor Being Released from Detention today.”

A former senior Obama administration official confirmed to Just the News that some administration officials knew of the robinware456@gmail.com email address for Joe Biden and used it from time to time. “I saw it used to communicate with his family and friends or to pass information to them,” the official told Just the News, speaking only on condition of anonymity because of fear of reprisal.

The emails obtained by Just the News show numerous Obama administration officials communicated or were aware of the private email address or had their information sent to it, including current Secretary of State Tony Blinken.

“Called to say that he was with Richard Ben Cramer in the hospital before the latter passed and they were talking about you till the end,” Blinken wrote the vice president and his family, including Hunter Biden. “Richard apparently said he was gratified the country is finally finding out what he knew about your leadership and talents many years ago.”

Beyond establishing that Joe Biden sent government information to his son, the existence of the private email address also raises questions of federal law, as Hillary Clinton’s email server showed. Biden had an obligation to preserve any emails involving his government work under federal records law, even if he used a private email address.

“The Presidential Records Act required Joe Biden to make sure that any of his gmail account emails, including these emails to Hunter Biden, were forwarded to a government account so they could properly be handled by the National Archives,” said Tom Fitton, president of Judicial Watch. “No wonder the Obama White House wanted to protect Hillary Clinton from the consequences of [her] email shell game!”

“We might know more beginning next year,” added the veteran public records watchdog, “when Judicial Watch and the public can begin filing FOIAs for Obama White House emails.”

Hunter Biden on a few occasions reached out directly to his father on the private email address to ask for help, the memos from the laptop show. In January 2012, for instance, Hunter Biden forwarded a request to have the vice president prepare a video message for an event honoring Texas Democratic activist Ben Barnes.

“We are working on it,” the vice president wrote his son in reply.

On another occasion in June 2014, Hunter Biden suggested someone he wanted to see appointed as a detailee to the Treasury Department. “Before you fill the positions, pls talk to me,” Hunter Biden wrote his father.