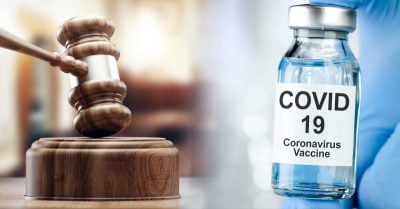 We continue to make efforts to remind people who are most concerned about the life and death issues regarding the SARS-2 pandemic that the ruling establishment keenly knows the average person’s weaknesses and the means to capitalize on those weaknesses to strengthen its control over the agenda. And control over the nation’s media is paramount for tightening its grip on our thoughts, emotions and beliefs.

We tend to believe journalists not because we expect them to accurately fact check their statements. More often than not the average person simply assumes the media source would not publish something that is untrue.  However underneath these widespread assumptions there lurks this nefarious beast “calling the shots”.

There was a time not too long ago when the insights of honest journalists such as Sy Hersh, Robert Parry, Chris Hedges, Glenn Greenwald, Sharyl Attkinsson, among others were accessible to all. They had multiple popular media platforms, including the New York Times, Washington Post and the major mega-television networks to challenge those in power, whether Democrat or Republican, without fear of vindictive reprisal.

Now it is not uncommon to find these same dissenting voices vilified daily over the media waves and throughout the internet, including on Wikipedia. If they declare their innocence, they nevertheless remain guilty for life. Google gives assurance that their voices are buried in the new Officialdom’s gulag for the guilty.

There is evidence that the “censorship pandemic” launched against those questioning the official unfolding SARS-2 story was underway before April of last year. Jacob Mchangama, director of the Copenhagen human rights think tank Justita, reported in the journal Foreign Policy that governments world wide were weaponizing laws to curtail the spread of the virus.  In 2019, BBC launched the birth of an international media network dedicated to combating and censoring news and stories that challenged and exposed the corruption within the corporate left, mainstream news reporting, and the multilateral organizations with whom the liberal governments has aligned themselves. Few people are aware of the Trusted News Initiative (TNI), a consortium of mega-news and tech companies with the sole mission to target individuals and groups for censorship. Largely funded by the BBC – which can be read as the British government – TNI members includes media giants such as Associated Press, the Canadian Broadcast Corporation, Reuters, the European Broadcasting Union, Agencie Francais Presse, Financial Times, Reuters, New York Times, the Washington Post, LA Times among others. Silicon Valley partners include Google/YouTube, Facebook, Microsoft, First Draft and Twitter.

Last year, the Initiative, along with the New York Times, created Project Origin, an “early warning system of rapid alerts” that targets information questioning government policies in their handling of the pandemic, the reporting about Covid vaccine injuries and deaths, SARS-2 origins, and statements and interviews by thousands of orthodox medical physicians advocating for highly effective off-patent drugs such as ivermectin and the risks of the experimental vaccines.

In other words, anything contrary to what comes out of the mouths of the CDC, the World Health Organization (WHO), the British Health Ministry and other governmental health bodies is to be silenced. Facebook and Google, according to the RAIR Foundation, ensure that targeted information is blocked and not republished.  TNI clearly advocates authoritarian control over the internet. It doesn’t conceal its anti-Democratic mission. A press release states that TNI will censor “widely shared memes which link falsehoods about vaccines to freedom and individual liberties.” The duplicity in this goal is obvious. Little else is known about TNI. The Initiative largely operates in total secrecy.

Now whenever you come across a news story beginning with TNI in parentheses, you will know its source and goals to feed you sanitized propaganda. If you do not find your most pressing questions and deep concerns being adequately answered, or simply answered with vague platitudes rather than scientific evidence, you know the reason.

Now that many countries are reporting a rise in Covid breakthrough cases among highly vaccinated populations, including symptomatic cases and death, we are back to square one for finding effective treatments. There is absolutely no reason to blindly trust the vaccine maker’s early reports that the current vaccines are as effective against the new viral variants as the media purport. The CDC has had to finally acknowledge the vaccine’s growing failure.

In June, the agency announced it had recorded 4,100 breakthrough cases of people hospitalized or having died. In our estimation this is a gross underestimation because the CDC ceased requiring testing for SARS-2 infections among vaccinated persons. The CDC admits this is “likely an undercount.” In light of other countries such as Israel reporting upwards to 50 percent of new Covid cases among the vaccinated, the agency had no choice but to make this vague admittance.

Yet it still wreaks as an example of the government’s trail of stealth tactics to manipulate the statistics in order to preserve its narrative to vaccinate every American and to establish a digital vaccination surveillance regime.  In the meantime, there is a dire need for a reliable drug for prophylaxis and early to mid stage treatment against the virus.  These drugs, notably hydroxychloroquine, have been recommended by certain factions within the medical community since March of last year; but the government continues to turn its back on them.  However, later ivermectin was shown to be far more effective taken alone or in combination with HCQ and other cheaper medications. In our opinion, the evidence for using ivermectin is now unquestionable.

The prestigious non-profit Institute Pasteur in France recently released results of its thorough preclinical study on ivermectin. It adds further proof to the other 62 clinical trials and analyses supporting ivermectin’s extraordinary value as a first line of defense against SARS-2 infections and as a prophylactic. The French researchers found that ivermectin “prevents clinical deterioration, reduces olfactory deficit, and limits the inflammation of the upper and lower respiratory tracts.”

The Institute stated its position and “supports the use of immunomodulary drugs such as ivermectin to improve the clinical conditions of SARS-CoV-infected patients.” The Pasteur study was robust despite being conducted on a hamster model. However, these are the kinds of crucial animal trials that must be conducted before administering any drug or vaccine to patients. This was not the case for the Covid-19 vaccines. We might remember that the vaccine makers leaped over animal trials to directly experiment on humans before having any viable toxicological and safety data to properly predict the millions of adverse effects and deaths now being witnessed in vaccine recipients.

Just within the past two months, three reviews of the scientific literature about ivermectin’s efficacy have been published. A multi-institutional meta-analysis, which included the University of Liverpool, Imperial College London and Oxford, reported that ivermectin dramatically increased viral clearance and reduced critical inflammatory markers such as C-reactive protein, and reduced hospitalization.  And now just appearing in the most recent July/August issue of the American Journal of Therapeutics, another meta-analysis by a consortium of researchers from Newcastle University, the Evidence-Based Medicine Consultancy in the UK, and Ulster Hospital in Ireland states,

“Moderate certainty evidence finds that large reductions in Covid-19 deaths are possible using ivermectin. Using ivermectin early in the clinical course may reduce numbers progressing to severe disease. The apparent safety and low cost suggest that ivermectin is likely to have a significant impact on the SARS-CoV-2 pandemic globally.”

In the May issue of the same medical journal, an additional multi-institutional review was published by the Universities of Tennessee and Texas, Seton Hall University and Eastern Virginia Medical School. That study concludes:

“Meta-analyses based on 18 randomized controlled treatment trials of ivermectin in Covid-19 have found large, statistically significant reductions in mortality, time to clinical recovery, and time to viral clearance. Furthermore, results from numerous controlled prophylaxis trials report significantly reduced risks of contracting covid-19 with the regular use of ivermectin.”

The study’s lead author, Dr. Pierre Kory, despite appearing before Congressional subcommittees as an expert witness about ivermectin’s efficacy to defeat SARS-2 infections, has been a prime victim of TNI’s network of censors. It has become near impossible for Dr. Kory to get his life-saving message out to the broader public, private physicians, clinics, hospitals and homes for the elderly where it is most needed. Physicians such as Dr. Kory, Dr. Peter McCullough and now thousands of others and counting only have one objective: save lives by any means that has proven efficacy.  The disgraced doctors who have best lived up to their Hippocratic Oath upon leaving medical schools are condemned as the nation’s most vile criminals.  By their actions, Anthony Fauci, Pfizer, Merck, Moderna, Johnson & Johnson, and now President Biden’s new CDC director Rochelle Walensky, in our opinion care little about saving American lives. Anyone who continues to believe otherwise after properly investigating the scientific evidence is certainly suffering from cognitive dissonance.