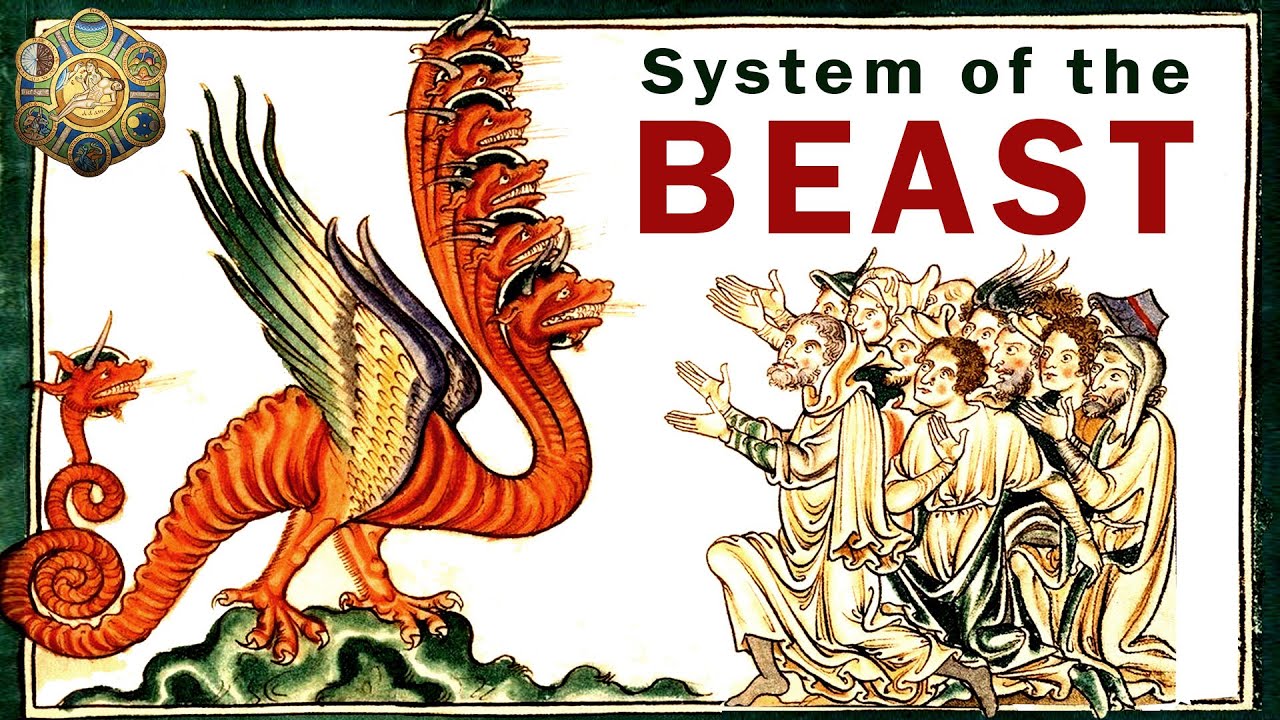 Because the Covid crime wave is so HUGE, there will be grave consequences!

There are now huge and irreparable cracks opening up in the Covid Plandemic façade.

For example, there is this recent predicament that’s occurring more and more frequently as the Covid hoaxsters desperately attempt to perpetuate the THE GREAT SCAMDEMIC.

The extraordinarily unique thing about this greatest global criminal conspiracy in world history is that it had to involve everyone—every major institutional entity, that is, which was necessary to carry out this ginormous hoax.

What that means is that the BEAST SYSTEM revealed just how powerful and pervasive it really is across the planet.

The following graphic captures only some of those institutional entities and globalist movements which have comprised the BEAST SYSTEM from the very beginning.  It also includes some fierce opponents who have exposed the current CORONAhoax. 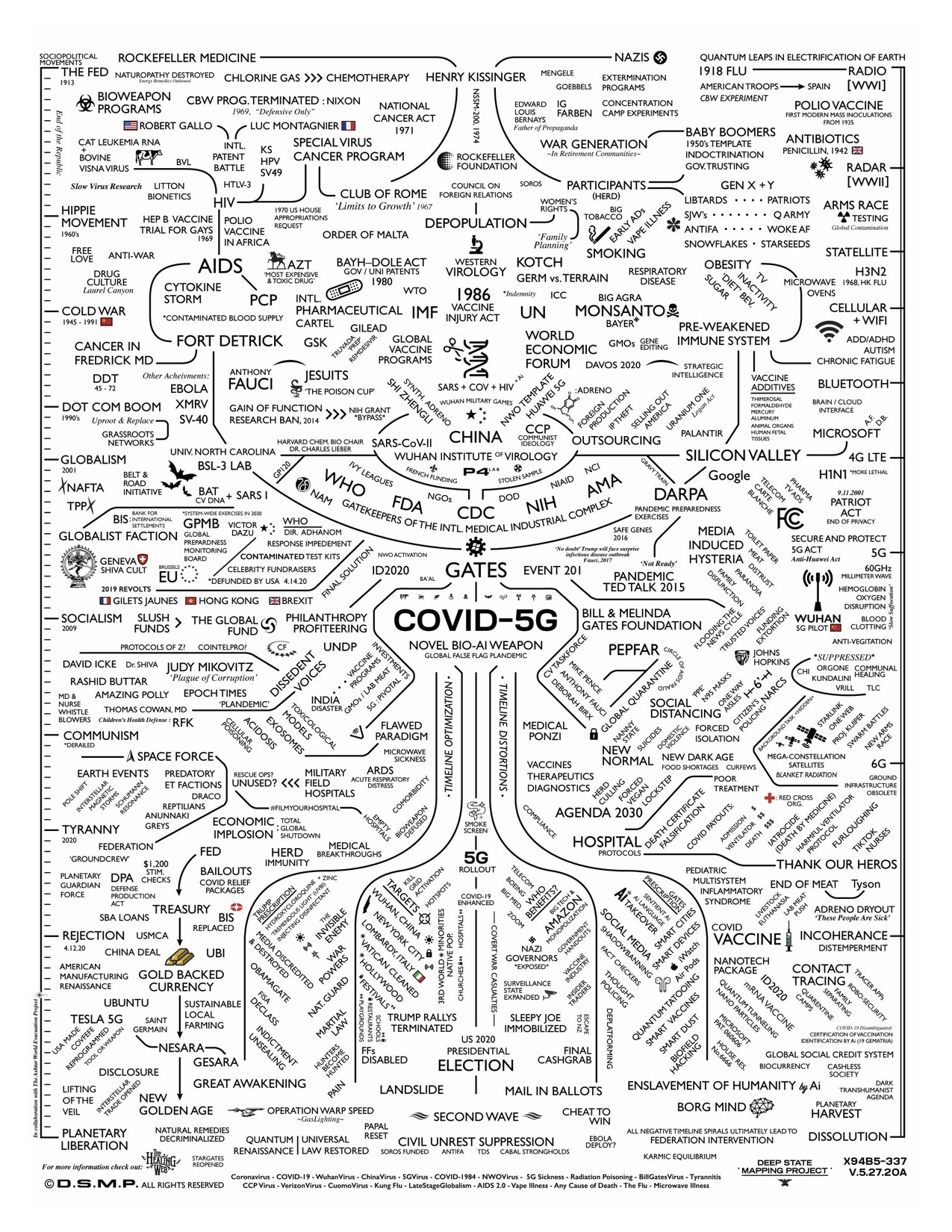 *Click on the COVID CRIMINAL CONSPIRACY MAP below to enlarge.

Even a cursory examination of the preceding COVID-5G conspiracy diagram reveals that every major global and national institution, which is vital to the continuity of the BEAST SYSTEM, has put itself on the ever-emerging “Covid Crime Spree Map”.

Perhaps first among those criminal organizations is the Government-Medical Complex (GMC) which has participated in this unprecedented global genocide as the primary operational Covid criminal.

The GMC includes the WHO, CDC, FDA, NIH, AMA, Big Pharma, and several other healthcare heavyweights who have both conspired to conduct a tremendously complex criminal conspiracy to commit global genocide, and cover up the worldwide Covid crime wave.

From the outset, the chances of keeping such a complicated criminal conspiratorial plot from completely unraveling were slim to none, and truly much closer to “NONE”.  For how could the countless co-conspirators ever be counted on to stick together when the going got rough—really rough as it is about to go as the prospects of another global lockdown increase due to the non-existent and utterly fake ‘Delta variant’.

That the New World Order globalist cabal even imagined that they could maintain this criminal conspiracy and cover-up smacks of such a degree of hubris and arrogance never witnessed in recorded history.

Now that the entire American Healthcare System, along with the various governments at every level across the USA, have suffered from an incomparable loss of trust and confidence due to the deliberate geriatric genocide executed over the past year and a half, what do the once trusted doctors expect will happen?

Now that the same healthcare perpetrators and political henchmen have foisted highly experimental vaccines upon the populace, which have each proven to be extremely dangerous to human health and often deadly, how will physicians everywhere respond to the upcoming charges of “murder by medicide” and “medical rape”?

Let’s face it: the party’s over for Big Pharma and all of their many criminal
co-conspirators who have poisoned the US citizenry over several decades.

The free-fall collapse of trust and confidence that’s presently taking place will only accelerate as more folks die from the repeated Covid injections, or become deathly ill from exposures to the annual parade of influenzas because of their heightened vulnerability after taking the jabs.

It has become abundantly clear that one of the primary reasons for the inordinate push to vaccinate very person on the planet — WITHOUT INFORMED CONSENT — was to render them considerably more susceptible to all the common infection agents that circulate each flu season.  Covid-vaccinated victims will also be much more defenseless to the numerous other pathogenic micro-organisms and virulent microbials because of their greatly compromised and/or suppressed immune systems.

Of course, all these intentional developments were carefully implemented by the BEAST SYSTEM (BS).

Because the satanic BS has now fully exposed itself, it has no choice but to go full bore in its attempt to lock down the entire planetary civilization.  Because once Pandora’s box was opened, there’s no putting things back the way they were.  Which means that THE GREAT SCAMDEMIC was really a HUGE and highly consequential crapshoot…as far as the power elite are concerned.

What’s now clear is that the Covid perps have exposed themselves as never before in human history; and they will be — eventually — hounded down and punished severely; unless they somehow depopulate the planet of all truth seekers.

Unlike the “9/11 false flag attacks” and “War on Terror” and other heinous crimes against humanity, the highly premeditated and organized Covid criminal conspiracy was put squarely in everyone’s back yard.  Every person on Earth has been profoundly affected by the sheer malevolence demonstrated by The Powers That Be (TPTB) throughout this ongoing war of bioterrorism.  And that alone changes everything because everyone, to varying degrees, has skin in the game.

Just who are the individuals and organizations perpetrating this greatest “Crime of the Era”? See: The Global Power Structure Behind OPERATION COVID-19 & COVID KILL SHOT Exposes Itself 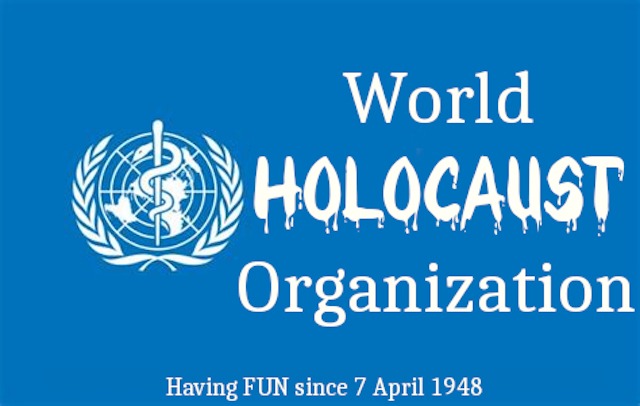 Mark of the Beast

What greater proof is there of the existence of a seemingly all-powerful BEAST SYSTEM than the “Mark of the Beast?

Isn’t that what the Covid Super Vaccination Agenda is all about?  To ensure that every person on the planet is chipped with Bill Gates’ painstakingly bioengineered “Mark of the Beast”?