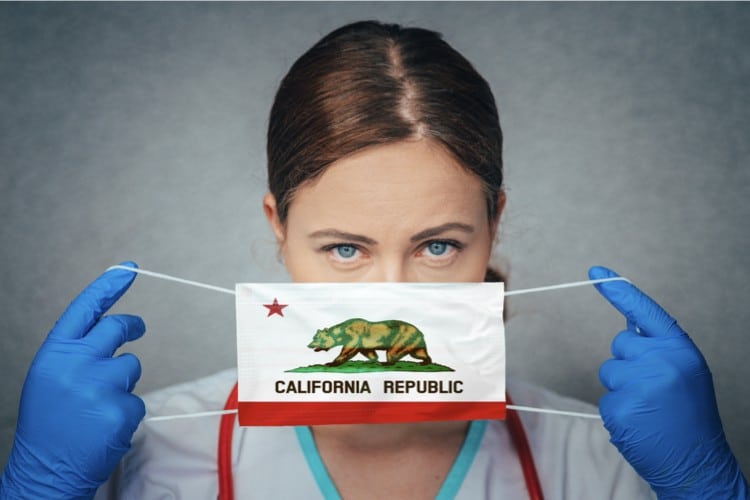 The lifting of COVID-19 restrictions in Los Angeles was short-lived, as the county government has decided to reimpose an indoor mask mandate, even for vaccinated residents, arguing the step is necessary to slow the spread of infection that is on the rise again.

The recent uptick is COVID-19 cases is being blamed on a “highly transmissible” “Delta” variant of SARS-CoV-2. New COVID-19 cases in the most populous U.S. county last week rose above 1,000 daily for the first time since March and topped 1,500 on Thursday. The state’s Department of Public Health announced this week that California’s 7-day positivity rate is now at 3 percent, while this time last month it stood at 0.8 percent. The Centers for Disease Control and Prevention (CDC) now considers Los Angeles to have a “substantial level of community transmission.”

Another reason that public health officials say influenced their decision is a plateau in vaccinations among the county’s 10 million residents. Nearly 5 million people are fully vaccinated, according to the public health department, but just as many residents remain “unprotected either by choice or, in the case of children, by a lag in federal authorization,” the officials claim. New infections and hospitalizations have been concentrated among unvaccinated residents, county officials add, with younger people making up a larger share of infections than during past spikes.

“We’re not where we need to be for the millions at risk of infection here in Los Angeles County, and waiting to do something will be too late given what we’re seeing now,” county Health Officer Dr. Muntu Davis said during a news briefing.

Under the county’s order, effective 11:59 p.m. Saturday, masks will be required to be worn in all indoor public settings, such as theaters, stores, gyms, offices and workplaces, and in restaurants when not eating and drinking. Those exempted include children younger than two. Requiring masks for all, officials argue, provides “even more” protection to those who are vaccinated while simultaneously ensuring that unvaccinated people can no longer skirt indoor face covering requirements.

The new mask mandate will remain in effect until infection rates drop back down, Davis said, and more restrictions may be ordered if necessary. “Anything is on the table if things continue to get worse, which is why we want to take action now,” he concluded.

Unvaccinated people took a lot of blame from the public health “experts” for the new surge. “The drastic increase in cases is concerning — as is the number of people choosing not to get vaccinated,” Sacramento County Public Health Officer Olivia Kasirye said. “The unvaccinated people in this state and in this country are driving this pandemic right now and that is the choice that people are making so that’s why we need to mask, especially indoors,” complained Stanford University professor of global health Dr. Yvonne Maldonado.

At the same time, the vaccines are praised as the guaranteed protection from the disease. “Vaccination is by far the most effective way to prevent severe disease and death after exposure to the virus and to reduce spread of the disease to those who are not able, or not yet eligible, to receive the vaccine,” University of California President Michael V. Drake wrote, failing to explain why the fully vaccinated people need that “extra layer of protection” to remain “safe.”

The University of California system announced Thursday that only vaccinated students, faculty and staff would be permitted to return to campus in the fall.

It’s not clear how effective a mask mandate will be in blunting the spread of the virus. California, which was the first state to go into lockdown last March, and which has had some of the nation’s strictest social-distancing restrictions, ranks 31st among U.S. states in terms of COVID-19 death rate since the pandemic began, at 162 per 100,000 residents. At the other end of the “restrictions” spectrum, Florida, where Governor Ron DeSantis has prohibited enforcement of local mask mandates, is not too far, and ranks 26th, at 178 deaths per 100,000. At the same time, Floria’s senior population — the most at risk of getting COVID-19, is much larger than that of California, with 20.5 percent vs 14.3 of state population. Then, there is Idaho, which hasn’t had a statewide mask mandate at all, and ranks 40th, with 121 per 100,000.